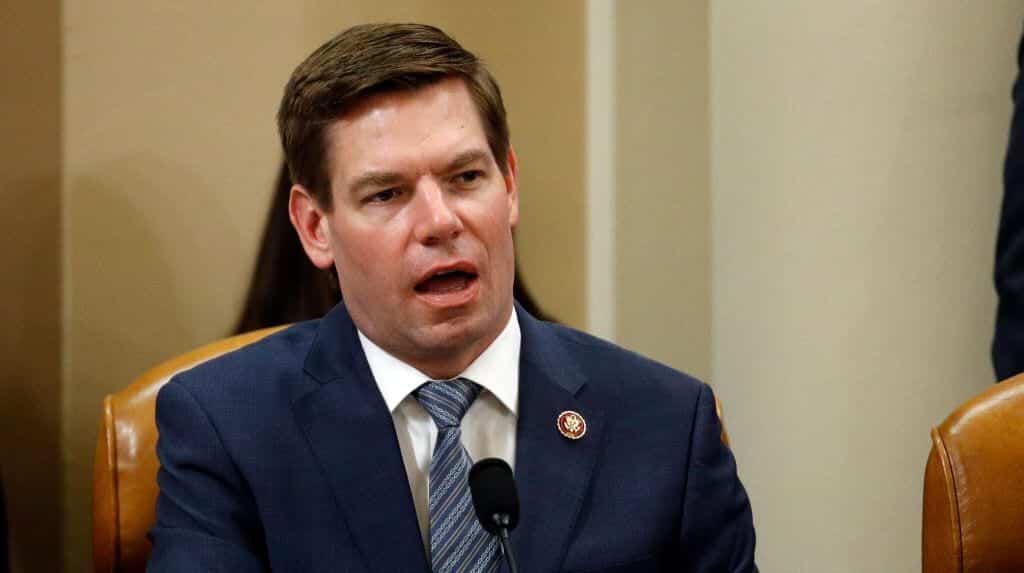 As the saying goes, those who live in glass houses should not throw stones. Nonetheless, that’s what California Democrat, Representative Eric Swalwell may be doing in order to take the heat off of him from his connection to a Chinese spy. However, his stone was reprehensible, giving us further insight into his lack of morality.

Swalwell not only claimed people arrested in connection with rioting in the U.S. Capitol were “called there by the president” but he also compared Trump to the most infamous terrorist on the planet: Usama bin Laden. “Usama bin Laden did not enter US soil on Sept. 11, but it was widely acknowledged that he was responsible for inspiring the attack on our country” stated Swalwell to PBS NewsHour.

“And the president, with his words – using the word ‘fight,’ with the speakers that he assembled that day, who called for trial by combat and said we have to take names and kick a–, that is hate speech that inspired and radicalized people to storm the Capitol” Swalwell continued.

Immediately pressed if he was comparing Trump to Usama bin Laden by the interviewer, Swalwell responded, “I’m comparing the words of a[n] individual who would incite and radicalize somebody, as Usama bin Laden did, to what President Trump did.” Is that a ‘yes?’ Swalwell continued, “you don’t actually have to commit the violence yourself, but if you call others to violence, that itself is a crime.”

Swalwell is simply reprehensible. If words matter so much to him, then why did he Tweet that a colleague House Representative is a Klan member with terrorist friends? “EVIDENCE: This Coup Klux Klan member gave her terrorist friends the location of a woman second in line to the presidency during an attack on the Capitol” Swalwell tweeted referring to a tweet by newly elected congresswoman Lauren Boebert (R-CO) which simply stated, “The Speaker has been removed from the chambers.”