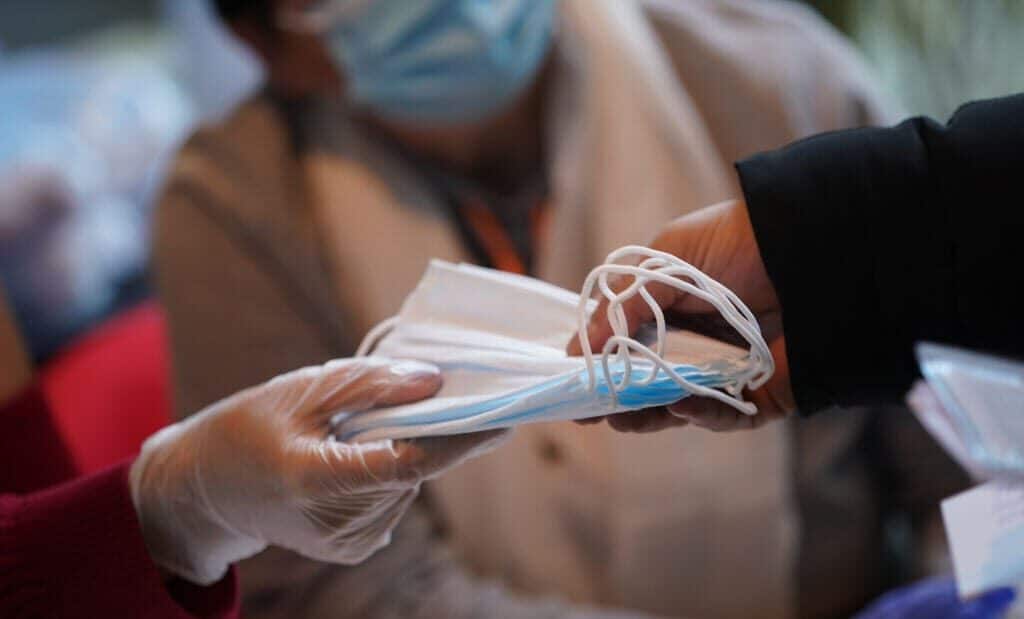 Conflicting and confusing information has never been lacking during the COVID-19 crisis. As vaccines are rolling out and many liberal cities are opening up, there is also discussion of…wearing multiple masks. It is confusing.

After Dr. Fauci mentioned two face masks would be “more effective” in stopping the virus, which prompted CNBC’s Contessa Brewer to advocate for three masks. Sky’s the limit; might as well wear trash bags or sleeping bags just to be on the safe side.

“The experts keep telling us that wearing masks is really about protecting others from ourselves in the event that we are contagious, but you know if other people aren’t wearing their masks or they’re wearing them improperly, we need to protect ourselves,” said Brewer.

Brewer then cited experts to defend her positions: “So experts say you can double up with a tight weave fabric mask for added protection…a three-layer mask could block up to 90% of the particles.”

Brewer discussed Virginia Tech researchers who found doubling up on masks can increase efficiency from 50% to 75%, and even still, “a three-layer mask could block up to 90% of the particles.”

Co-host Shep Smith chimed in telling viewers they should also remove any facial hair because that would render face masks ineffective. However, Summit News reports “the notion of wearing three masks might not just be absurd, it could actually be dangerous.”

“During a discussion about whether people should wear two masks, CBS4 Medical Editor Dr. Dave Hnida said, ‘three masks may be going too far since that could interfere with the ability to breathe” reported Summit News.

In this article:Coronavirus, Fauci, masks, news4