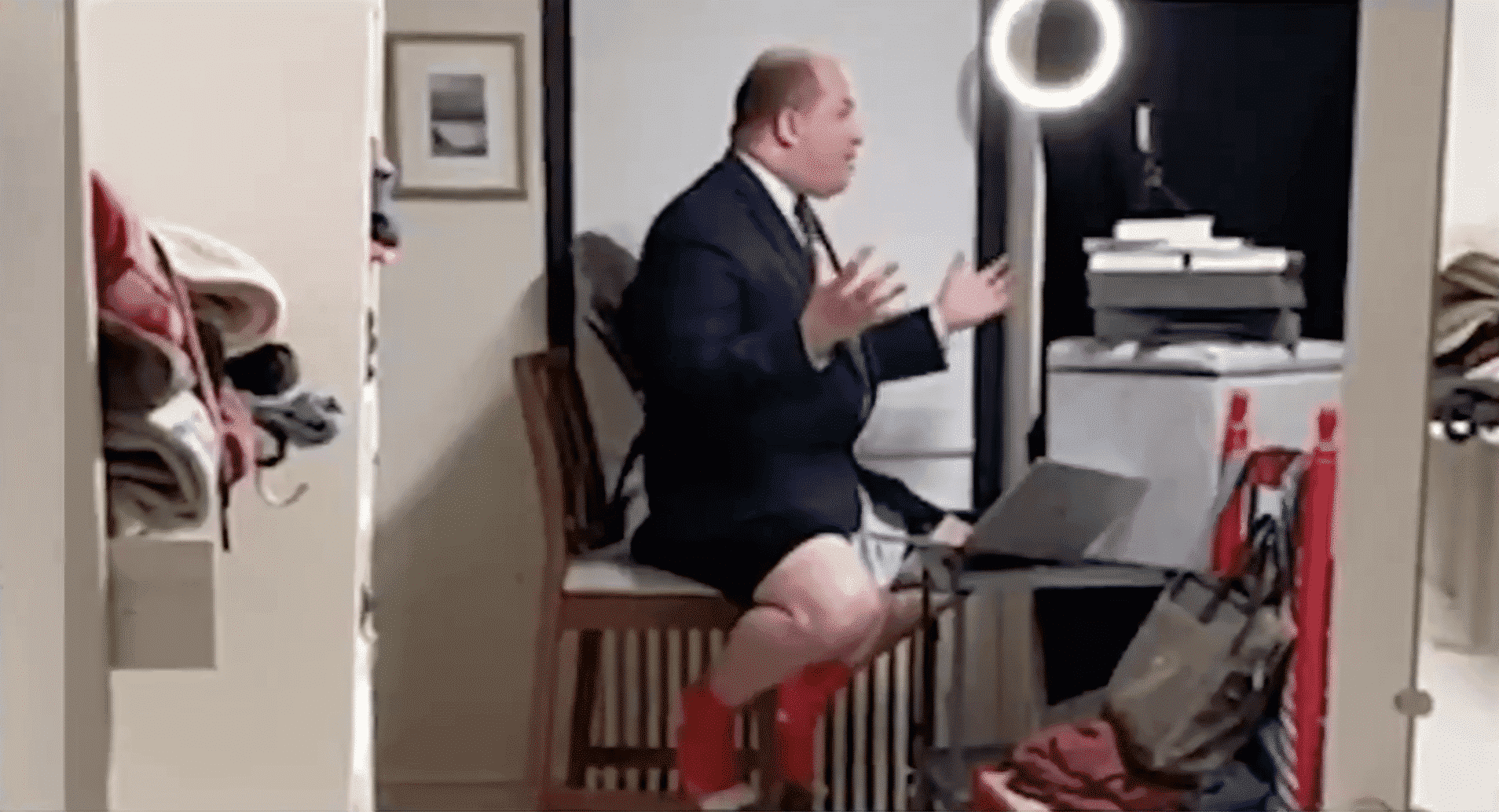 Perhaps the “Me Too” movement is a little too far removed from CNN’s memory as they were willing to allow one of their hosts to appear on television…without pants. In what can be explained as nothing short of bizarre, CNN’s left-wing host Brian Stelter explained he wanted to “humanize” the news on his Sunday show “Reliable Sources.”

In order to do so, he aired a video of himself without pants. Humanize? More like completely out of touch with social norms and the left’s sensitivity to sexual harassment. What is the most disturbing detail of this whole situation is the length Stelter went to make sure his half-clothed body was broadcast to the public.

During his show, Stelter attempted a light-hearted segment about the “ups and downs” of TV personalities working from home studios during the pandemic. In order to best demonstrate, and “humanize” the news, Stelter didn’t say, just like many of them, he was so busy feeding or taking care of his homeschooled children that he didn’t have time to focus on himself and his own responsibilities, therefore foregoing pants as he rushed to go live on television.

No; Stelter explained his pant-less video was old footage. “This was me live on CNN with just two minutes notice talking to Wolf Blitzer about Trump’s Twitter account being banned” explained Stelter to the viewers as to why he was not fully clothed. No one is safe from Twitter mockery, and boy did the social media hounds have a field day.

“Why would Stelter air his clip of him doing a live shot without pants on his own show” questioned one Twitter user. “So if I’m following correctly, Brian gets 2 minutes’ notice to jump on CNN to talk about Trump getting banned from Twitter, does not have time for pants, but does have time to ask someone to take a video of him, pants-less” noted another user.

“No time for pants, must bash Trump,” wrote PJ Media’s Jim Treacher. The one that summed it up the best goes to Sinclair Broadcasting producer Ellie Bufkin who tweeted, “This is absolutely horrifying.” Where is the left’s outrage and demand for his resignation? A man who actively went out of his way to show himself with no pants on? We’ll wait.

In this article:Brian Stelter, CNN, news1