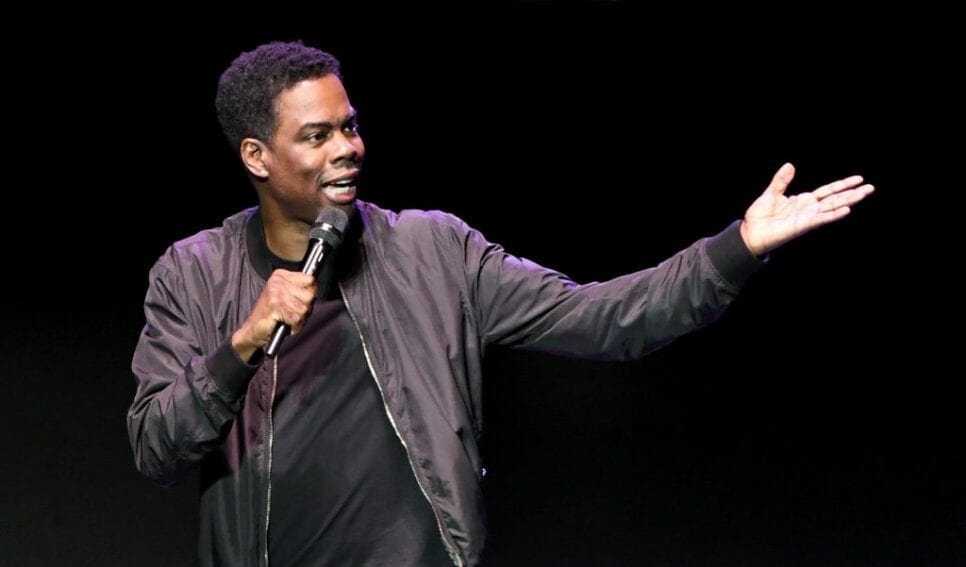 [otw_shortcode_dropcap label=”C” font=”Ultra” background_color_class=”otw-no-background” size=”large” border_color_class=”otw-no-border-color”][/otw_shortcode_dropcap]omedian Chris Rock has a surprising message for Democratic leadership; they were too busy trying to impeach Trump to focus on the coronavirus pandemic. Rock said they let the “pandemic come in.” In an interview with the New York Times, Rock went all-in on his assessment of 2020. While he did not have anything positive to say about Trump, he certainly had plenty to chastise Democrats for.

Rock compared the current government to the movie The Last Emperor, in which the emperor of China was only 5-years old. “There’s a kid and he’s the king. So I’m like, it’s all the Democrats’ fault. Because you knew that the emperor was 5 years old. And when the emperor’s 5 years old, they only lead in theory” said Rock.

And the lack of leadership Rock was most vocal on had to deal with the spread of COVID-19. Speaking about Democrats, Rock said, “Their thing was, ‘we’re going to get him impeached,’ which was never going to happen. You let the pandemic come in. Yes, we can blame Trump, but he’s really the 5-year-old.”

As for Republicans, Rock said they “tell outright lies” but it’s Democrats that “leave out key pieces of the truth that would lead to a more nuanced argument.” In conclusion, “it’s all fake news” he said. The Sun, which reported on Rock’s interview with the Times, brings up facts that support Rock’s accusations.

“Democrats were focused on impeaching Trump in January when the coronavirus began spreading in China,” wrote The Sun. Another gem the Sun reminds us of is when “Pelosi was shown on television ripping apart a copy of Trump’s State of the Union address, which noted that the White House ‘will take all necessary steps to safeguard our citizens from [the coronavirus] threat.”

Despite the fact that a 5-year-old emperor would likely not be nominated for not one, but two Nobel Peace Prizes obviously escaped Rock. At least he has an understanding of the damage the Democrats’ fanatical obsession with pursuing a Trump impeachment was for our nation.

In this article:Chris Rock, Coronavirus, Democrats