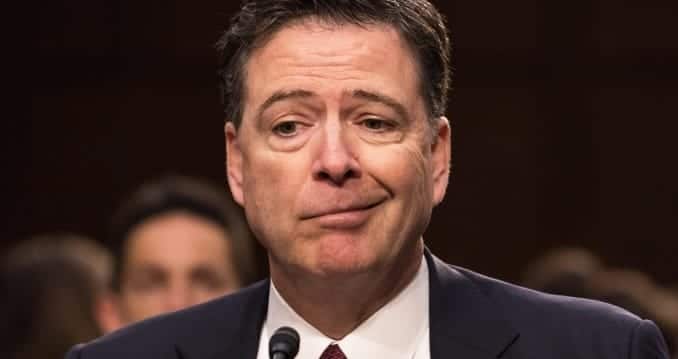 Holman W. Jenkins, Jr. ‘s opinion piece in the Wall Street Journal takes a chainsaw to the reputation of former FBI Director James Comey, as well as the media. Jenkins shows how Comey and the media’s actions are still to this day being protected because the government does not want to admit that the former head of the FBI acted unprofessionally.

In Gregg’s books, The Russia Hoax: The Illicit Scheme to Clear Hillary Clinton and Frame Donald Trump and his new book, Witch Hunt Book” href=”https://thegreggjarrett.com/recommends/witch-hunt-book/”>Witch Hunt: The Story of the Greatest Mass Delusion in American Political History, Gregg lays out all the facts of the case, as well as how the media were willing participants in this scheme on the American people.

In Mr. Jenkins’ piece, he states:

“The media is a big part of the coverup. When the Justice Department inspector general issued his damning report on Mr. Comey, not one media outlet in the Factiva database told its readers about the existence of its classified appendix except this column and Britain’s Daily Mail tabloid.
…
[W]hile flogging fake revelations from the nonexistent Trump-Russia conspiracy, the mainstream press ignored a public plea, uttered before Congress, by the Justice Department’s own inspector general that the secret Comey information is declassified so the people and their representatives can know the truth about 2016.

Comey: FISA Abuse Not as Bad as My Other Screw Ups
…
Leaking secret intelligence, if that’s what Mr. Comey did, is a crime. But even more palpable is something else: The information remains officially classified not to protect national security but to protect the national-security establishment from embarrassment.
…
More than ever, Attorney General William Barr should act on the authority Mr. Trump has given him and declassify the inspector general’s report as well any material describing the role of other agencies (e.g., the CIA) in Mr. Comey’s election-meddling escapades.”

Mr. Jenkins is right. Attorney General William Barr should act on the authority of Mr. Trump and allow the American people to decide if they can trust the media and self, righteous unelected bureaucrats. When you read Gregg’s books, it is easy to see why you should not trust either.