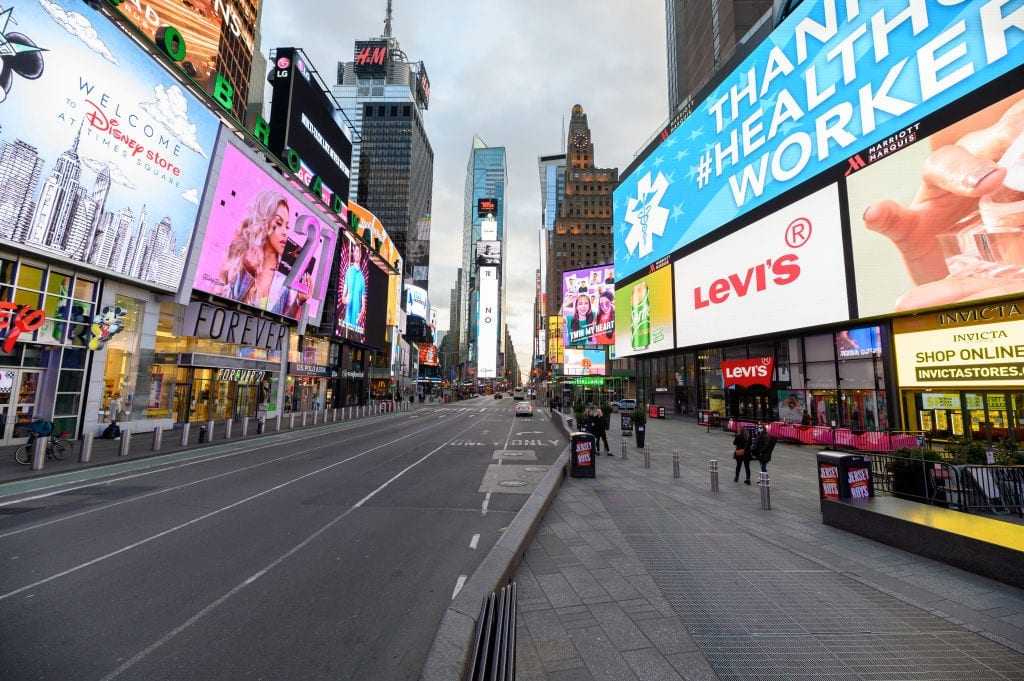 But it turns out that it is not a fear of dying that plagues most of us, nor trepidation over contracting the respiratory illness.  Instead, Americans are far more fearful of the government instituted remedies to combat COVID-19 and the egregious harm it is inflicting on them.

A new Rasmussen poll this week shows that a mere 4% of registered voters believe that “loss of health” is their highest concern.  A majority (57%) identify their “loss of income” and “finding needed supplies” as their top concerns.  23% are impacted negatively by the mental trauma and emotional anguish of isolation, inactivity and associated depression.

Nationwide business closures have decimated economic activity, rendered 17 million people unemployed, emptied bank accounts, left a nation in despair of its future, and precipitated pervasive human suffering as families scramble to locate and pay for the basics of subsistence with little financial means to do so.

You can feel the panic and desperation everywhere. The social confinement mandated by government decrees has only added to the stress and misery of joblessness, poverty, hunger, and hopelessness.

The greatest threat going forward is that our nation will succumb to the staggering, self-inflicted wounds of excessive action.

And for what?  It is a fair question to ask, as impolitic as it may seem to some.  How many people infected with the virus will die?

Let’s begin with the fatality rate.  A recent study published in the medical journal, The Lancet Infectious Diseases, calculates that less than 1% (0.66%, to be precise) of those who contract the virus will die.  Bear in mind, not everyone will contract it. Many of those who do become infected will experience mild or moderate symptoms requiring no hospitalization.  Other will be asymptomatic.

This is not to minimize the most serious consequence of the lethal virus.  I readily acknowledge that every single life is precious and that all coronavirus deaths are tragic.  But the 0.66% mortality metric is an essential part of the equation when weighed against the socio-economic destruction and torment wrought by a shuttered economy.

In raw numbers, the total projected U.S. deaths from the virus has been revised dramatically.  A week ago, the computer model developed by the University of Washington (and upon which governors and the White House have been relying) estimated 94,000 deaths by late summer.  However, the model has now been adjusted downward to 60,400 projected deaths.  It may go lower as more accurate data is obtained.

By comparison, common flu deaths this season are estimated on the high end of 63,000, according to the Centers for Disease Control and Prevention’s website. Drug overdoses killed more than 67,000 people in 2018, also according to the CDC.

There are encouraging signs that the COVID-19 pandemic is reaching a plateau.  The acceleration rate of infections and hospitalizations in some of the most severely affected communities in America is beginning to slow as efforts to reduce transmission succeed.

All of this invites the question: when can we reopen the economy and allow Americans to go back to work in earnest?  The longer we padlock businesses, the more difficult it will be to restart the engine of growth and prosperity.  Much depends on judgments or, better put, correcting misjudgments.

My Fox News colleague Tucker Carlson has posed an important question: why do we allow people to go shopping in an enclosed space like a supermarket but prevent them from going to another enclosed space called the workplace?  How are offices more perilous than grocery stores?  It defies common sense.  “For most people, going to work cannot be more dangerous than buying produce at Safeway twice a week,” he observed.

Contagions don’t discriminate based on enclosed venues or shoppers versus workers.  Restrictions need to be consistent and rational, not random and capricious.  Carlson also argued that instead of mass quarantines, there should be targeted quarantines that isolate the identified sick and the most vulnerable.  By treating everyone else as the equivalent of collateral damage, we are strangling our own economic health.

The key to a more tailored and limited approach to separation will be increased testing, tracing and surveillance systems.  We are behind on this, but can quickly catch up.

The social-distancing guidelines set forth by the Trump administration extend to the end of April.  As I argued in an earlier column, it is imperative that the president put a comprehensive plan in place in the three weeks that remain.  An economic recovery task force composed of industry leaders and experts should be mobilized immediately to devise a blueprint that would give state and local leaders some needed guidance, depending on the virus threats and economic exigencies in their particular communities.

This country cannot endure the hardship of a nationwide lockdown much longer.  Tough decisions will have to be made.  The dreadful truth is that people will continue to die of the coronavirus, although hopefully at a much slower rate until broader individual immunity develops and a vaccine is made available in the next 12 to 18 months.

For now, Americans are right to be more worried about their own economic demise than the virus itself. With a 0.66% fatality rate, they know their odds of surviving infection are extraordinarily high.  Their odds of surviving mass unemployment and a wholesale collapse of our economic structure are much lower.

The greatest threat going forward is that our nation will succumb to the staggering, self-inflicted wounds of excessive action.