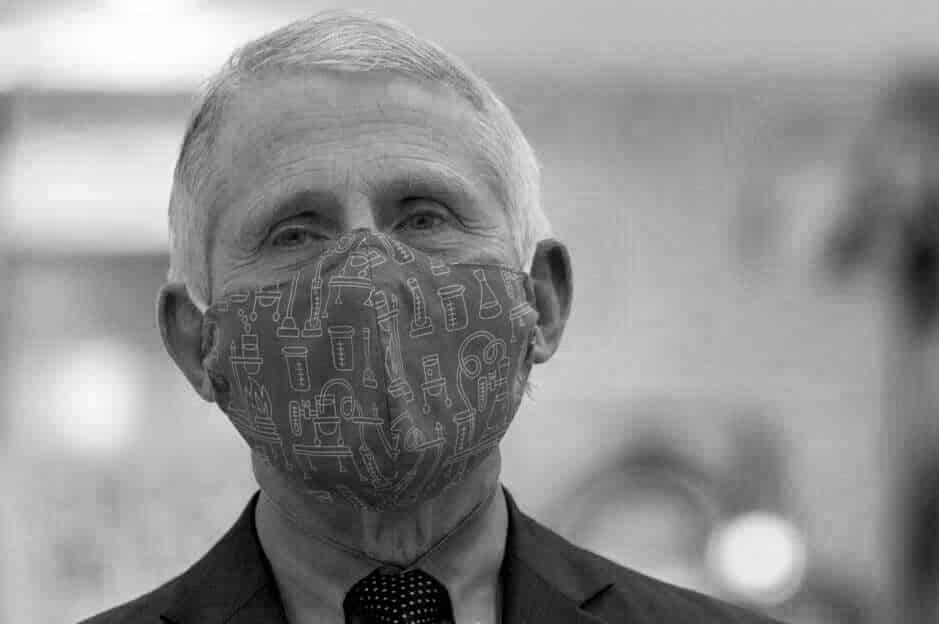 Dr. Anthony Fauci’s suspected web of deceit has grown even more tangled. So, too, does the legal jeopardy he could face.

Fauci, medical adviser to the president, has already been accused by Sen. Rand Paul, R-Ky., of lying during a recent Senate hearing when he emphatically denied that U.S. taxpayer money was used for dangerous coronavirus experiments inside the Wuhan laboratory in China that might have caused the COVID-19 pandemic. Documents belie his testimony.

Now, there is newly revealed evidence that Fauci may also have given false or misleading statements during a House hearing a year ago that was examining that same funding.

As reported exclusively by Fox News, an upcoming book by two Washington Post reporters details how Fauci resisted a presidential directive from the Trump White House in April of 2020 to cancel a research grant to a nonprofit that was funneling taxpayer dollars to the Wuhan lab.

Fauci knew why the order had been issued. President Trump was alarmed by various reports connecting risky gain-of-function research inside the lab to the outbreak of the deadly virus under the so-called “lab leak theory.” The possibility that Fauci’s group at the National Institutes of Health (NIH) might have helped finance a man-made catastrophe was a frightening scenario.

The book describes specific conversations Fauci had with the White House and the Department of Health and Human Services (HHS), as well as verbatim conversations with a longtime friend who pleaded with the medical adviser to defy the directive canceling the funding. When Fauci and his colleague, Francis Collins, the director of NIH, balked at complying with the order, “The HHS general counsel told them to do it anyway and made clear it was a direct order from the president, implying that their jobs were on the line if they didn’t comply,” according to the book.

In the end, Fauci and Collins relented and canceled the grant of money. But when Fauci appeared two months later before a House committee investigating the matter, he seemed to be stricken with an acute case of amnesia. Fauci claimed he was utterly unaware of the reason why the grant was cut-off.

Does Fauci’s testimony constitute a willful or deliberate lie to congress and, thus, the felony of perjury under 18 U.S.C. 1621? Yes, there is compelling evidence he was not truthful. At the very least, Fauci’s statements appear deceptive by design. This could constitute a different, but comparable, crime of knowingly making a false and misleading statement under 18 U.S.C. 1001.

As I have argued before, there is more than sufficient evidence to justify a criminal investigation of Fauci by the Department of Justice. If the DOJ won’t do it, then congress can and should.

Why would Fauci deceive, mislead, or misdirect two legitimate congressional inquiries into a deadly contagion that infected 180 million people worldwide and caused closed to 4 million deaths? The answer seems rather obvious. Fauci had a motive to conceal incriminating evidence of his own possible involvement in the spread of a virus that ravaged the world. In short, he didn’t want to be implicated.

If Fauci’s group at NIH helped finance hazardous experiments inside a Chinese laboratory (known for its shoddy safety protocols) where a lethal pathogen escaped, he would most certainly be viewed as complicit in millions of deaths. Is it any wonder that Fauci devoted more than a year dismissing the lab-leak theory as implausible while blaming the virus on animal-to-human transmission in nature, despite no empirical evidence to support his hypothesis?

No one knows for sure whether COVID-19 was hatched in the Wuhan lab and then leaked into the environment. But this theory continues to gain currency in the face of thousands of tests that have failed to locate an infected bat population or identify a singular animal host.

It is imperative that competent, objective and thorough investigations pursue the truth of what really happened. They must not be obstructed by scientists like Fauci who appear compromised by their own self-interest and may be prone to cover-up acts of misfeasance.