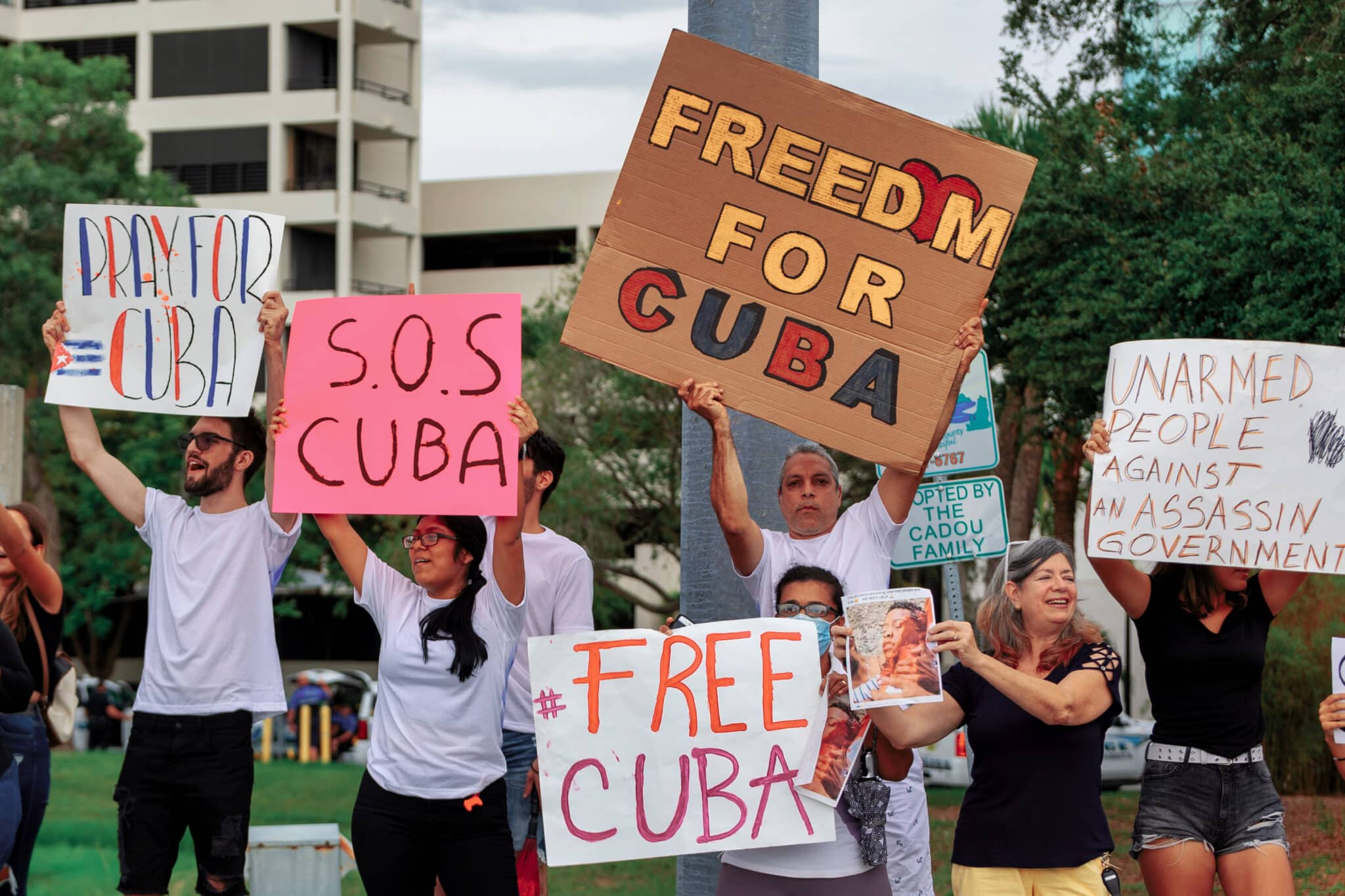 Cuba has passed legislation that labels posting criticism of the Cuban government on social media as “cyberterrorism.”

Decree 35 comes a month after widespread anti-government protests in the Communist country, which were partially organized through social media.
“The legislation bans the spread of false news or messages and content deemed offensive or which ‘incite mobilizations or other acts that upset public order.’ It also provides a channel for Cubans to inform on potential contraventions,” Reuters reported. “Those who have attempted to ‘subvert the constitutional order’ will be considered cyberterrorists. It does not say what the penalties will be for violations.”

“The regulation typifies the different incidents and facts in the network environment such as cyberbullying, fake news, massive blocking of accounts in social networks, pornography, cyber terrorism, cyberwar and social subversion,” the outlet wrote. “Those provisions are not new in the world. In a resolution approved by the General Assembly of the United Nations on December 31, 2020, regarding developments in the field of information and telecommunications in the context of national security, the entity notes, ‘States have the duty and the right to combat the dissemination of fake news.’”

The move comes after historic protests occurred in the country that spread through social media. In July, thousands of Cubans gathered to protest the Cuban government and its restrictions on liberty and the mass poverty caused by its socialist policies. Protestors waved the American flag while chanting American attributes like “liberty” and “freedom.”

Describing the protests, Florida Republican Lt. Governor Jeanette Nunez said, “For over 6 decades, the despotic Castro regime in Cuba has deprived its people of life and economic liberty. The images we are seeing from across the island are an outcry as shortages of basic necessities have become commonplace. As a Cuban-American, I stand in solidarity with the freedom-seeking people of Cuba calling for the end of the communist dictatorship. The Castro’s continued repression won’t keep the Cuban people from peacefully demanding their God-given rights. As Cubans risk everything in protest, Florida will continue to support out Cuban brothers and sisters who are fighting for freedom, democracy, and human rights.”