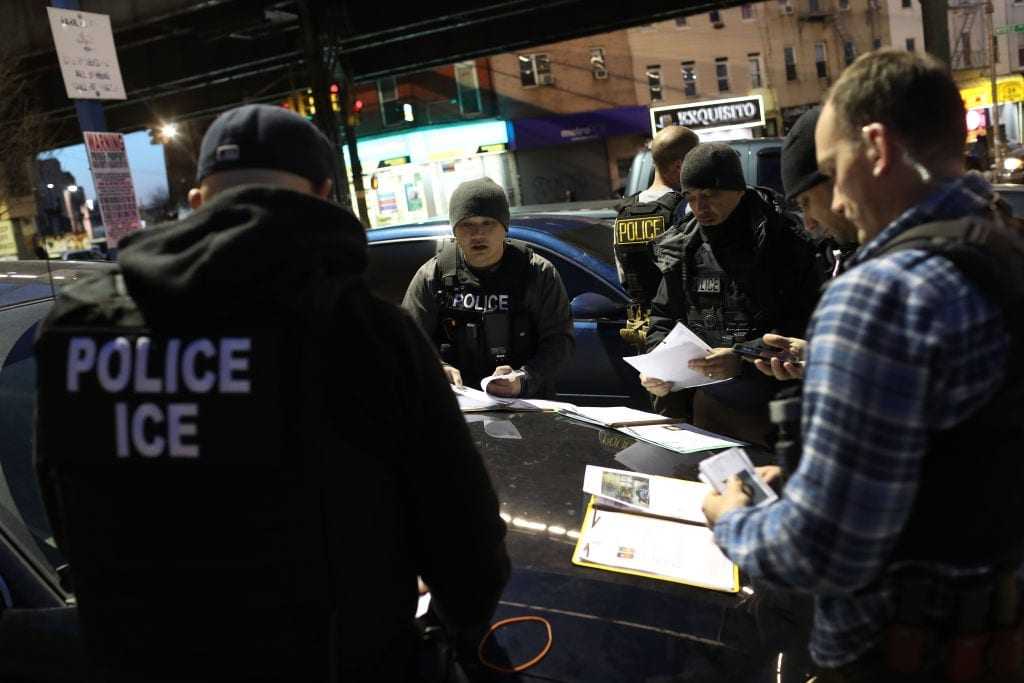 The law, which took effect in January was amended and signed by Democratic Governor Andrew Cuomo in April as part of the state’s 2020 budget. In effect, the law allows illegal immigrants to receive driver’s licenses, but even the “original law went a step further than similar laws in other states by forbidding state Department of Motor Vehicles (DMV) agencies from sharing data with immigration authorities like ICE and Customs and Border Protection (CBP)” reported Fox News.

Many were critical of the original Green Light Law, but the amendment “goes even further and makes it a class E felony for officials to share such information.” In accordance with the law, “anyone who receives or has access to DMV records must certify beforehand that they will not use such records for immigration purposes or disclose them to an agency that primarily enforces immigration law.”

Albence said in his interview, “in New York, we’ve been frozen out now and now you can’t even share from cop to cop, so it’s incredibly dangerous.”  The law also demands identification of “any immigration official or entity that received department records or information from any such certifying person or entity.” Failure to do so would also be deemed a class E felony. “It’s part of a continued move by the liberal state to limit ICE’s enforcement operations” according to Fox News.

“It’s certainly affected our ability to do our job as safely and effectively as we’d want to…information sharing is the lifeblood of law enforcement,” said Albence who fears the law brings us back to a “pre-9/11 mentality.” While liberals, immigration advocates and Democratic lawmakers have praised the controversial law, Albence says “it sends a very dangerous message and the message it sends is the politicians in the state of New York are more concerned about illegal aliens having driver’s licenses than the law enforcement that are putting their lives on the line every single day to keep their communities safe from being able to do their jobs as effectively as possible.”

Governor Cuomo gave a throwaway comment about the law saying nothing more than “It’s a public safety issue. So even if you’re not in full compliance with the immigration laws, you can get a driver’s license if you take the test and if you pass the test because we want to make sure if you are driving, you know what you are doing.”

Wow, what tremendous leadership. Cuomo simply wants people who engage in criminal activity to “know what they’re doing” while driving.