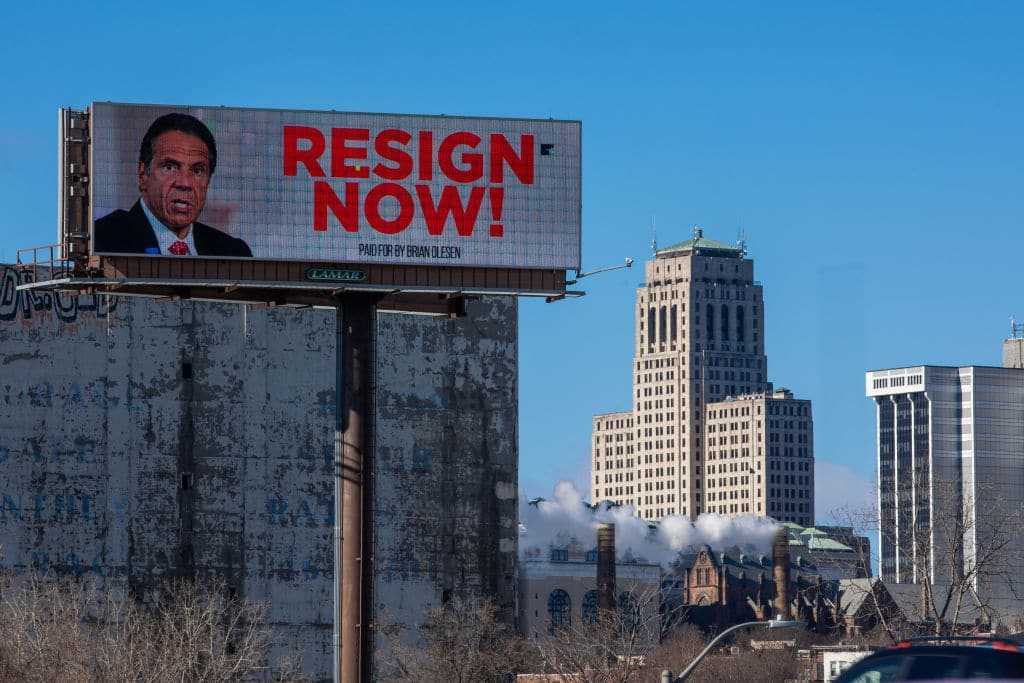 On Wednesday, New York Governor Andrew Cuomo responded to the recent sexual harassment allegations by his former aides, saying he “deeply apologizes” and he “never touched anyone inappropriately.”

“I want to address the recent allegations that have been made against me,” Cuomo said. “As you probably know, the Attorney General is doing an independent review and I will fully cooperate with that review. Now, the lawyers say, I shouldn’t say anything, when you have a pending review until that review is over, I understand that. I’m a lawyer too.”

“First, I fully support a woman’s right to come forward,” Cuomo said. “And I think it should be encouraged in every way. I now understand that I acted in a way that made people feel uncomfortable. It was unintentional. And I truly and deeply apologize for it. I feel awful about it. And frankly, I am embarrassed by it. And that’s not easy to say. But that’s the truth.”

“I never touched anyone inappropriately,” Cuomo said. “I never knew at the time that I was making anyone feel uncomfortable…And I certainly never ever meant to offend anyone, or hurt anyone or cause anyone any pain. That is the last thing I would ever want to do.”

Cuomo is facing several allegations of sexual harassment, including that he asked a former aide about her sex life and created a hostile work environment.

According to Breitbart News, “One former aide, Charlotte Bennett, 25, said Cuomo quizzed her about her sex life and asked whether she would be open to a relationship with an older man. Bennett rejected Cuomo’s attempted apology, in which he said he’d been trying to be “playful” and that his jokes had been misinterpreted as flirting.”

“Another former aide, Lindsey Boylan, said Cuomo commented on her appearance inappropriately, kissed her without her consent at the end of a meeting, and once suggested they play strip poker while aboard his state-owned jet. Cuomo has denied Boylan’s allegations,” Breitbart News continues. “And another woman, Anna Ruch, told The New York Times that Cuomo put his hands on her face and asked if he could kiss her at a September 2019 wedding.”

In this article:Andrew Cuomo, Sexual Harassment