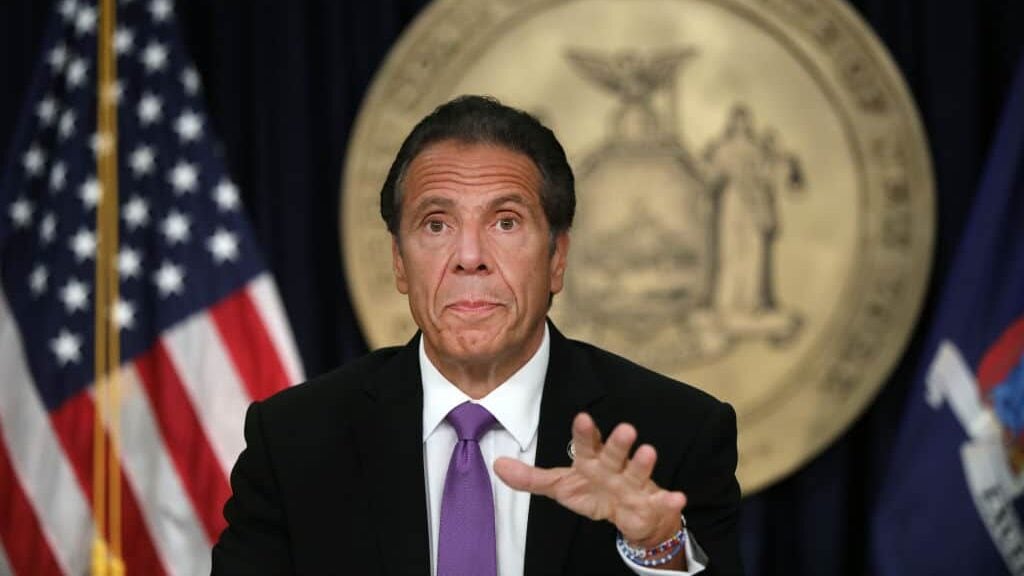 With each new accuser, the prospect of Gov. Andrew Cuomo surviving the many claims of sexual harassment against him diminishes.

The once-powerful New York Governor stubbornly refuses to resign in the face of mounting evidence that he is a serial abuser of women in the workplace.  He insists that everyone should reserve judgment until an independent investigation by the state attorney general is concluded.  But if Cuomo believes that the probe will somehow exonerate him, he is sorely mistaken.

More likely, he is trying to buy time in the vain hope that the legal equation and political landscape will magically change in a way that might allow him to remain in power.  It won’t.

The known evidence against Cuomo is both compelling and overwhelming.  The sheer volume of allegations seems insurmountable.  If the alleged victims are competent and credible —and it seems that they are— Cuomo is finished.  It is simply a matter of time before his reign of abuse and intimidation is over.

Investigations into sexual harassment —especially those involving multiple women— tend to incriminate, not exculpate, the target.  Additional evidence of wrongdoing is invariably uncovered.  Fact-finding begets more facts previously unknown.  It has a cascading effect that further implicates the accused.

As private interviews are conducted in a neutral and non-hostile setting, accusers frequently reveal more damning information that they have long kept to themselves.  Quite often, they are acquainted with others who have suffered the same kind of harassment, groping, and inappropriate touching.  This inexorably leads to the discovery of more victims.  Women, emboldened by the courage of others, decide to break their silence and step forward to tell their own stories.

So far, a total of eight women have described how Cuomo engaged in brazen acts of sexual harassment and unwanted touching, creating a pervasively hostile work environment.

One accuser, whose identity has not been disclosed, recounted an incident in the governor’s private residence that may well constitute sexual assault.  She claims that Cuomo lifted her blouse and aggressively fondled her in a sexually charged manner without consent.  Under New York’s penal code, forcibly touching the intimate parts of another person against their will is a crime, as I explained in a recent column.

The unnamed accuser confided her story to Alyssa McGrath, a current aide to Cuomo. McGrath confirmed the account and has chronicled her own instances of inappropriate behavior by the governor who commented on her looks and ogled her body.  She depicted her boss as a sexual predator who deployed a myriad of harassment tactics that fostered an uncomfortable and demeaning workplace environment for women.

The first woman to accuse Cuomo, Lindsay Boylan, detailed unwanted touching and forcible kissing during the time she worked for the governor.  In a recent interview, she said that he once joked he would try to “mount” her if he were a dog.

Anna Liss, another Cuomo aide, told investigators how she endured improper and unwelcome touching by the governor as he presided over a “toxic, verbally abusive, retaliatory workplace, especially for young women like myself.”

These are just some of the appalling accusations leveled at Cuomo who continues to issue improbable denials.  In the alternative, he has tried to blame the victims by stating that they are guilty of “misinterpreting his actions as unwanted flirtation.”  In other words, it’s their fault.  Not likely.

Throughout all of this, Cuomo has adhered to his reputation as a contemptuous bully.  There is persuasive evidence that the governor and his inner circle not only enabled his offensive behavior but sought to intimidate his accusers when they bravely stepped forward.  Three of the former aides have told the attorney general’s investigators that they viewed these actions as retaliation which is prohibited by law.

For example, Boylan’s personnel files were leaked to the media in what appears to be an effort to smear her after she went public with her accusations against the governor.  There is also evidence that Cuomo’s confederates attempted to pressure current and former administration employees into signing a letter intended to sully Boylan’s character.  Still other Cuomo insiders telephoned half a dozen people to dig up negative information about his alleged victims.

But that’s not all.  The governor’s top adviser who oversees vaccine distribution, Larry Schwartz, called numerous country executives to gauge their loyalty to the governor in the wake of the growing sex harassment scandal.  New York City Mayor Bill de Blasio accused Cuomo and his operatives of “trying to link vaccine supply to political support.”  He called it “disgusting and dangerous” and the “definition of corruption.”

Some Democrat officials who received the calls were deeply disturbed by what they regarded as potential extortion under threat of retribution.  One of them filed an ethics complaint with the state attorney general’s office because he feared that the vaccine supply to his county would be slowed if he didn’t pledge his allegiance to Cuomo.

The shocking number of harassment accusations invites the question: how was Cuomo able to get away with such conduct for so long?  The answer is as disturbing as the allegations themselves.  It appears that the complaints against the governor were suppressed or covered up by those close to him.  Officials in the governor’s Executive Chamber ignored the mandatory reporting requirements that Cuomo himself signed into law in 2018.

All sexual harassment complaints, regardless of their perceived merit, must be referred to the Governor’s Office for Employee Relations so that an investigation can be conducted —even complaints made against the governor.  There is no evidence this happened in the reported cases.  Instead, complaints were buried as Cuomo’s top officials sought to handle matters internally and quietly.

When Charlotte Bennett complained of Cuomo’s sexual harassment to his chief of staff and his special counsel —both are women— Bennett was transferred to a new role within the administration that placed her proximity far away from the governor.  Judith Mogul, his special counsel, reportedly told Bennett that no investigation was needed because the governor was just mentoring her.

This explanation is, of course, absurd.  “Mentoring” is not an identified exception to the mandatory reporting law, nor is it a viable defense to an actionable claim of sexual harassment.  It is a vacuous excuse that bears no relevance to anything.

All of this is being investigated by the New York attorney general and a team of lawyers specially appointed.  If Cuomo is convinced he’ll be cleared, he is operating under a delusion.  The more investigators dig, the more they will find incriminating evidence of wrongdoing.

Politically, the governor is a ghost.  With each new accuser, his support in Albany further evaporates.  Cuomo has never had many friends or allies there.  Bullies generally don’t.  He has ruled through intimidation, threats, and menacing tactics.  For years, lawmakers capitulated to his imperious demands out of fear.  But they don’t fear him anymore because his own despicable actions have rendered himself powerless, weak, and impotent.

That’s the problem when you govern like an arrogant dictator.  You end up like Julius Caesar.  Everyone around you is holding a dagger… poised to do you in.