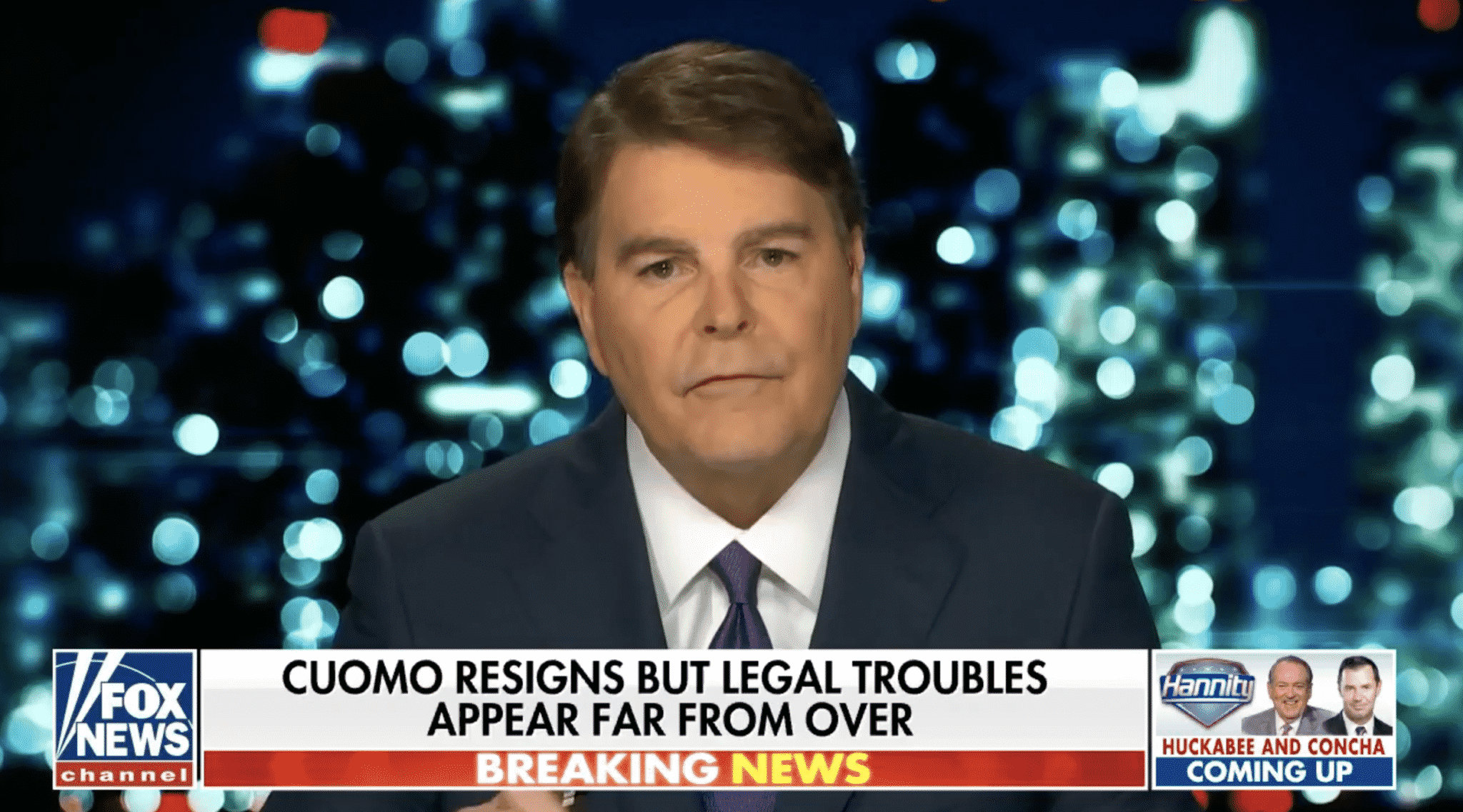 New York’s Governor Andrew Cuomo may have stepped down, which host Sean Hannity says was an inevitability. However, the legal side still remains, and Hannity asked Fox News legal Analyst Gregg Jarrett, “If the law is broken and a woman tells her story and they don’t allow testimony of these other cases, does that then become the quintessential he said, she said?”

“It does” responded Jarrett. “But, a credible and competent accuser is sufficient by itself to bring a case and win a case” added Jarrett who mentions Harvey Weinstein as an example. Cuomo’s resignation “changes nothing legally” Jarrett emphasized. “There is nothing in the state constitution that prohibits the legislature from proceeding with an impeachment trial.”

There are lawmakers on record who say they want to continue an impeachment trial, even if for no other reason than upon conviction it would prevent him from ever holding office in the future, explains Jarrett. However, an impeachment trial is the least of Cuomo’s worries considering there are five District Attorneys who are conducting criminal investigations in their jurisdiction.

The most serious accusation is in Albany where his accuser says he molested her, fondled and groped her against her will. The District Attorney in that jurisdiction will be looking into “forcible touching, sexual assault and battery as well as criminal harassment.”

But wait, there’s more. “Beyond the cascading sex scandal there are other investigations that are criminal. There is a federal investigation into whether he cooked the books and lied” about nursing home deaths in order to “prevent a Department of Justice probe.”

Simply stated, “using deception to thwart a pending federal investigation is called ‘obstruction of justice” , notes Jarrett. Beyond that, “there is a state investigation into whether he secretly exploited government workers for his own use to write and edit a book for which he was paid five million dollars.” And “finally” Jarrett states, all eleven accusers are “eligible to file lawsuits for money and damages against Cuomo in the state of New York.” So no, Cuomo’s resignation only means his “reign of terror” as governor may be over, but his legal troubles are far from it.