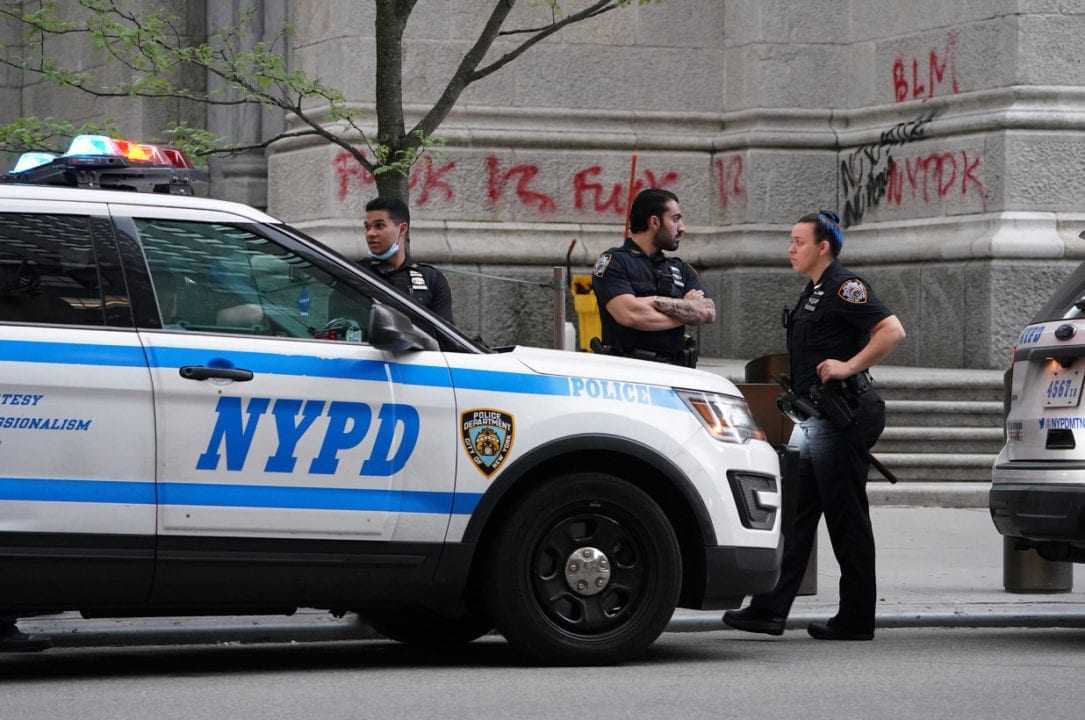 Police charged Rosas “with criminal mischief in the third degree and making graffiti, alleging that he was the ‘getaway driver’ for two women who tagged the famous house of worship with spray-painted slogans on May 30” reported The Post.

Unfortunately, the District Attorney decided an arraignment on Saturday was unnecessary. Despite the DA’s lack of action, cops are still looking for the two female suspects who used Rosas as their getaway. Photos have been released and the NYPD is asking the public for help. If anyone has knowledge about the two women, they are asked to call NYPD’s Crime Stoppers Hotline at 1-800-577-TIPS.

The famous Cathedral was sprayed with the words “F*** F***” in red letters on one exterior wall and “BLM” for Black Lives Matter along with “NYPDK” for “No Justice No Peace.” The victim’s name, George Floyd, was also spray-painted in black letters on part of its stairs.

If the District Attorney declines to prosecute Rosas, will the same be done after the female suspects are found? Is the hard work of the police and helpful public simply going to be flushed down the toilet by the District Attorney? It’s just another example of the uphill battle police departments in liberal cities face; leaders who thwart them, not support them.