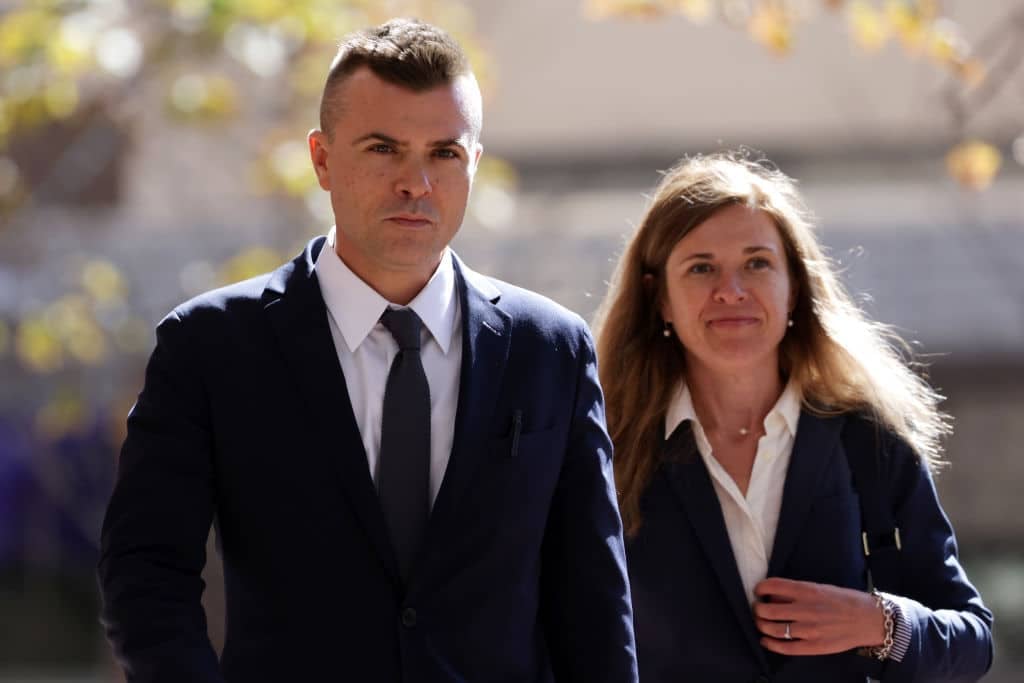 Igor Danchenko was acquitted in federal court on all four counts of lying to the FBI about where he obtained the phony information that he secretly fed to ex-British spy Christopher Steele for his fictive dossier that smeared Donald Trump as a Russian asset.  The loss is another setback for special counsel John Durham, but the verdict comes as no surprise.

The case was tried in Alexandria, Virginia where 80% of residents voted Democrat in the last presidential election.  In a politically charged case involving names like Trump and Clinton, it was always an uphill battle for Durham, just as it was in the earlier trial of Clinton Campaign lawyer Michael Sussmann who was acquitted by a Washington D.C. jury in a district where 92% cast ballots for Biden in the last election and a scant 5% for Trump.  But the not guilty verdicts are are a minor footnote in the sordid story of the greatest mass delusion in American political history.

The Virginia trial was never really about Danchenko at all.  Sure, he was the named defendant.  But as testimony unfolded it was obvious that he was a conduit for a worthier ambition —a damning indictment of the FBI’s gross misconduct.  Durham candidly admitted it to the jury during his closing argument when he referred to the bureau as “the elephant in the room.”  In reality, the crooked FBI was in the dock throughout the weeklong trial, exposed for its years of shameful lies, shocking corruption, and devious coverups.  It was former Director James Comey and his sleazy confederates that colluded with the Hillary Clinton Campaign to falsely accuse Trump of colluding with Russia.  They framed him for alleged crimes he never committed.

The genesis of the lies came from Hillary herself, according to declassified documents.  In the run-up to 2016 presidential election, she personally approved a plan to defame her political opponent as a clandestine Russian mole.  Her campaign manager, Robby Mook, confirmed it in an earlier trial five months ago.  But that’s not all.  Clinton’s acolytes covertly funded the specious dossier authored by the now-disgraced Steele who was already pocketing cash while on the FBI payroll.  Hillary’s cronies and political operatives not only furnished the fabricated garbage in the document, but they disseminated it to the Trump-loathing media.  With the FBI as witting accessories, the Russia hoax took flight and a dilating witch hunt ensued.

Any intelligent person who has ever read Steele’s preposterous report knew immediately that it was bogus.  It read like a dime novel penned by a halfwit.  Naturally, the geniuses in the liberal mainstream media thought it was real.  Blinded by their own bias and contempt for Trump, they accepted it as gospel and reported it as such, never bothering to verify any of it.  But the FBI knew better.  Early on, the agency easily debunked much of it as demonstrably false.  Yet, in October of 2016 they offered Steele a reward of $1 million dollars —the equivalent of a bounty on Trump’s head— if only the former spook would corroborate its contents.  Steele could not, of course, because it is impossible to prove the truth of a lie.

Unable to verify the dossier did not stop the FBI from exploiting it.  That same month, Comey signed a warrant application to spy on the Trump campaign by vowing under oath to the FISA court that the faux document was “verified” even though it was not.  He further represented to the judge that the dossier was “credible” and that Steele was “reliable,” intentionally omitting the vital fact that Steele had been fired by the FBI for lying.  Three more warrants followed over the course of a year, as the FBI doubled-down and triple-down on it’s deceptions that the dossier was verified.  All the while, top agency officials knew that their pivotal piece of evidence was completely fake.

But the FBI’s illicit conduct was not limited to lying to the court.  Undeterred by the constraints of law, the bureau used the dishonest dossier as a pretext for escalating its investigation of Trump.  Ever the Machiavellian actor, Comey tried to entrap the newly elected president in a private meeting about the dossier in January of 2017, never telling him that the FBI had discredited it.  Their discussion was immediately leaked to journalists so that reporters would have an excuse to publish the dossier, which they did.  Almost overnight, the Trump-Russia phantasm ignited a public firestorm.  Trump deserved the truth about the document, not to be sullied in the media by erroneous accusations underwritten by the Clinton campaign and circulated by the FBI.  Days after the inauguration, Danchenko —Steele’s primary source— confessed to Comey’s agents that the document was all a sham.

As Democrats and the media proceeded to convict Trump in the court of public opinion, the sanctimonious Comey and others at the bureau remained mute and happily watched as their nemesis struggled to defend himself.  They continued peddling lies to the FISA court while withholding from both congress and the public their exculpatory evidence that Trump was innocent.  Collusion was a hallucination they helped propagate.  They concealed Danchenko’s admission that the dossier was a collection of idle rumors, innuendos, multiple hearsay, and —literally— gossip in a bar.  Instead, behind the scenes the FBI manipulated the narrative to depict the president as guilty of conspiring with Russia.  Comey, Clinton and others colluded to frame him and evict him from office.

There were countless other acts of misfeasance and malfeasance by the FBI, all of which were driven by the agency’s unabashed hatred of Trump.  They weaponized the law for partisan purposes and politicized our nation’s justice systems.  To some extent, they succeeded.  Through their abuse of power they managed to convince tens of millions of citizens that the president was a traitor without a shred of evidence.  There were never any credible facts that Trump was a Russian agent.  There were no seditious acts that he cooked up with the Kremlin or some nefarious cabal to steal the 2016 election.  It was all a damning fiction that constitutes what is surely the dirtiest political trick ever perpetrated in politics.

Special counsel Durham should be commended for his dogged pursuit of the truth.  He may have lost the trial, but he succeeded in unraveling a multitude of pernicious lies.  He exposed how a malignant force of unelected officials committed uncommon corruption through insipid deceptions and malevolent acts.  They subverted our rules of law and undermined the democratic process.  By their venal acts, they damaged the institutions of American government.  And they squandered the nation’s trust.

Comey and his miserable minions may now be gone from the FBI, but the wretched rot lingers.