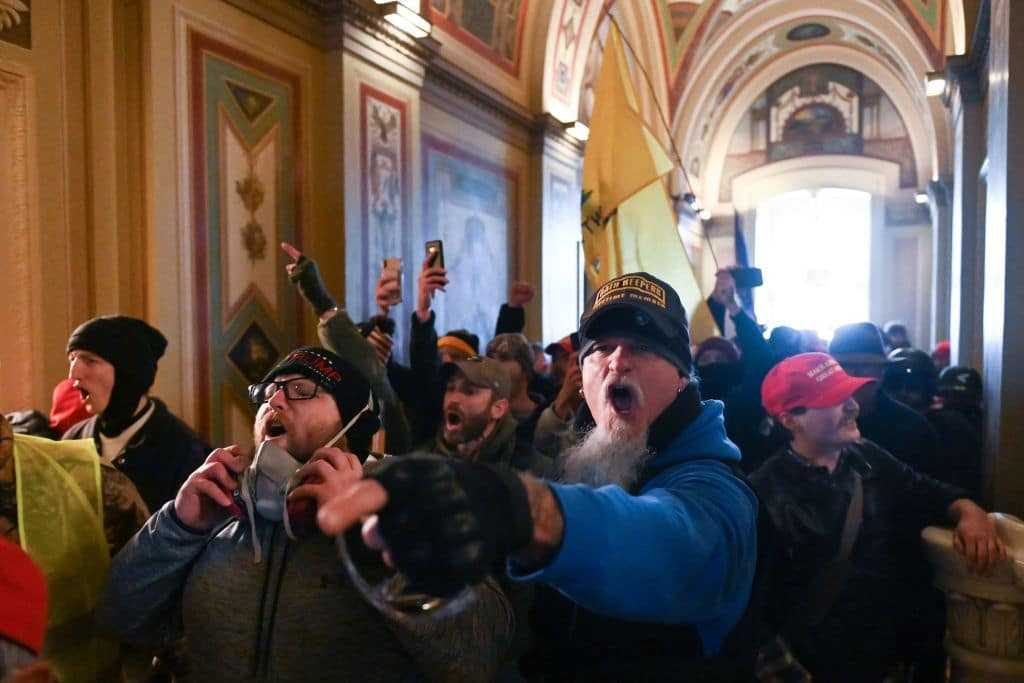 “She’s just not that into you” is the message one man who stormed the United States Capitol on the fateful January 6th, 2021 date received from a dating app. Only one week after participating in the riots on the U.S. Capitol, Robert Chapman was searching for love on the well-known dating app Bumble.

What he received was a trespassing charge and disrupting official government operations. Chapman allegedly bragged to his “match” saying writing in the message component, “I did storm the Capitol. I made it all the way to Statuary Hall.” The female responded, “we are not a match,” then apparently reported him to the police.

According to FBI documents, the police report was the beginning of an investigation into Chapman, which ultimately led to his arrest. The unimpressed female wasn’t entirely the only way for the information to be found. Chapman had also bragged about his experience on Facebook and updated his picture to a riot selfie.

In the FBI complaint is a screenshot of the Bumble conversation, which included Chapman discussing how he told reporters of his involvement in the riot. After receiving the tip, the FBI searched body camera footage from January 6th and found one video of “Chapman recording the crowd from Statuary Hall.”

Records identified him through “distinctive bushy sideburns and a black-and-white bandana similar to his Bumble profile picture included in the records.” But wait, there’s more. The FBI also found the same riot photo of Chapman posted to a woman’s Facebook account with the caption, “My Dear friend and Broster Robert made it into the Capitol building at the protest yesterday. Woo Hooooooooo!!!!” Chapman is one of hundreds of rioters facing criminal charges from that day.