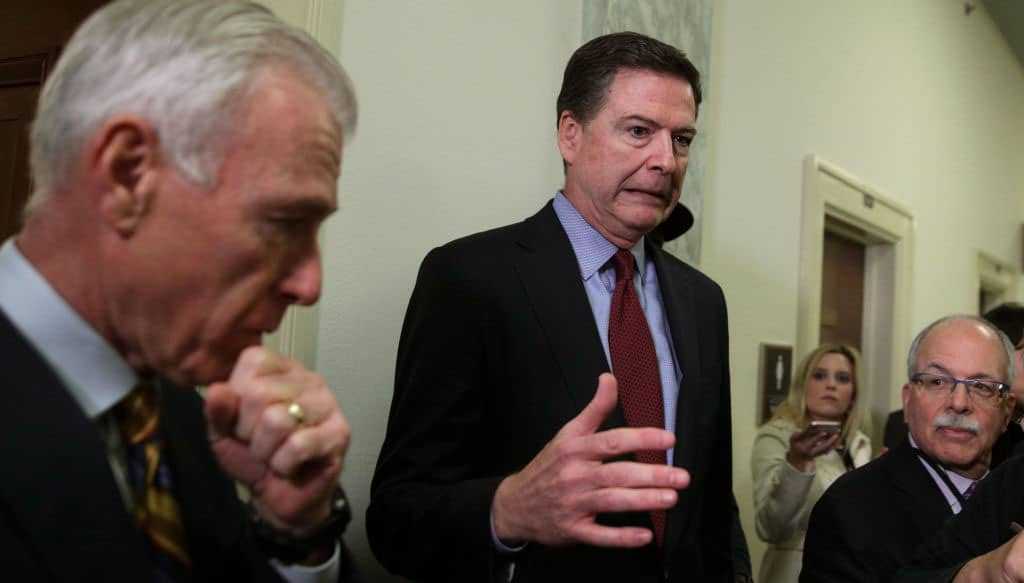 Even after James Comey, one of the leaders of the deep state, was fired it appears that the deep state continued to “fail to comply” with the Foreign Intelligence Surveillance Act (FISC). The documents show that the FBI violated Section 702 of the FISC by failing to properly limit the gathering of information on US citizens, or people located within the United States.

My new book, Witch Hunt: The Story of the Greatest Mass Delusion in American Political History, shows how the deep state abused the powers the American people allow them to have by breaking the law and lied to courts in the FISA system in order to spy on American citizens associated with Trump.

“It is a crime to lie to a judge. Depending on the case and circumstances, it could constitute numerous felonies, including perjury, false and misleading statements, obstruction of justice, fraud, conspiracy to defraud, deprivation of rights under color of law, electronic surveillance under color of law, and contempt of court… Four judges signed off on four successive warrants approving the surveillance. But under the law, if the government deceived those judges, it means that lawful warrants were obtained by unlawful means. To put it simply, the judges committed no crimes, but any person who lied to them did. The evidence is compelling that this is what happened.”

The FISC was deceived in six material ways:

The court found that since the FBI did not keep track of searches that pertained to “United States persons,”  they had violated Section 702. “Because the FBI’s proposed procedures do not require it to keep records that ‘indicate whether terms are United States person query terms,’ the FISC held that these procedures do not comply with Section 702(f)(l)(B),” stated the Foreign Intelligence Surveillance Court of Review.

With these revelations, and their history of unjustifiably unmasking Americans, it is obvious that the deep state needs a deep cleaning. Laws and regulations need to be rewritten so that these unelected officials cannot abuse power and use the FISA courts to spy on the American people.