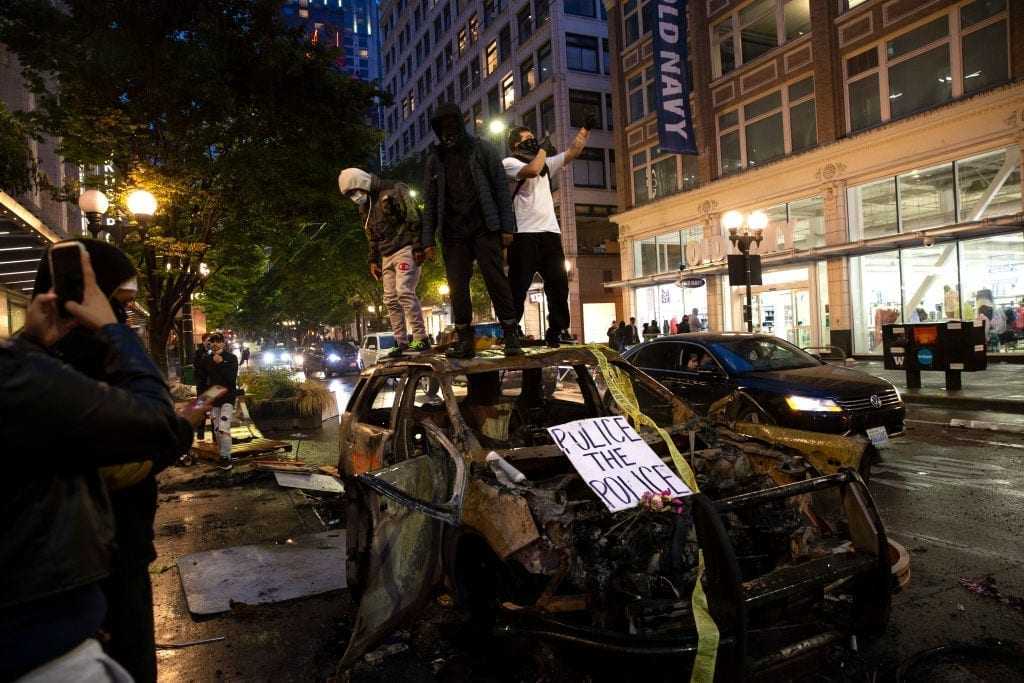 [otw_shortcode_dropcap label=”D” font=”Ultra” background_color_class=”otw-no-background” size=”large” border_color_class=”otw-no-border-color”][/otw_shortcode_dropcap]emocratic leadership has been hostile towards police and law enforcement, and the very unfortunate reality is that it is getting their constituents killed. “New York City saw another huge increase in gun crimes last month as the NYPD’s chief of crime control strategies says the agency is coping with the lowest number of cops on the streets in six years,” reports CBS News.

Numbers don’t lie and these are screaming alarm of high murder rates. “The city saw a 166% increase in shooting incidents in August – 242 compared to 91 in August 2019…In addition, murders are up 47% for the month, with 53 this year versus 36 in August 2019” CBS New York reports. “There is too much killing,” said one Brooklyn resident. “I’m tired of it. Every night there’s guns shooting.”

Even Democrats should be able to follow the simple math leading to the devastating consequences. “The increase comes as the NYPD has seen a dramatic drop in manpower due to a combination of $1 billion in defund-the-police budget cuts, no overtime, no new police class, and a dramatic increase in the number of police officers retiring” cites CBS.

Michael LiPetri, the NYPD’s chief of crime control strategies, explained the numerical details. “We have calculated that approximately 2,000 to 3,000, maybe even 4,000 fewer officers are out on the streets for any given week” said LiPetri. In areas where crime has dramatically increased has greatly suffered from the lack of police presence. “That’s where the overtime was going last summer. The overtime was going to the most violent commands in New York City” said LiPetri.

Are Cuomo and de Blasio concerned by the consequences of their legislation? No. As a matter of fact, Mayor Bill de Blasio “is putting his faith in community violence interrupters, known as Cure Violence groups” over police forces. “We’ve seen stunning success in the past. We know it will take root here again. But everyone is still trying to come back from massive disruption. We’re not going to see an overnight turnaround” de Blasio said.

However, even the Cure Violence group says of the fighting crime task, “it’s something that we can’t take personal responsibility, which is an entire precinct’s stats. Our work is concentrated in very small target areas” said group member A.T. Mitchell. In essence, de Blasio is saying to those whose neighborhoods are riddled with bullets, “deal with it.”