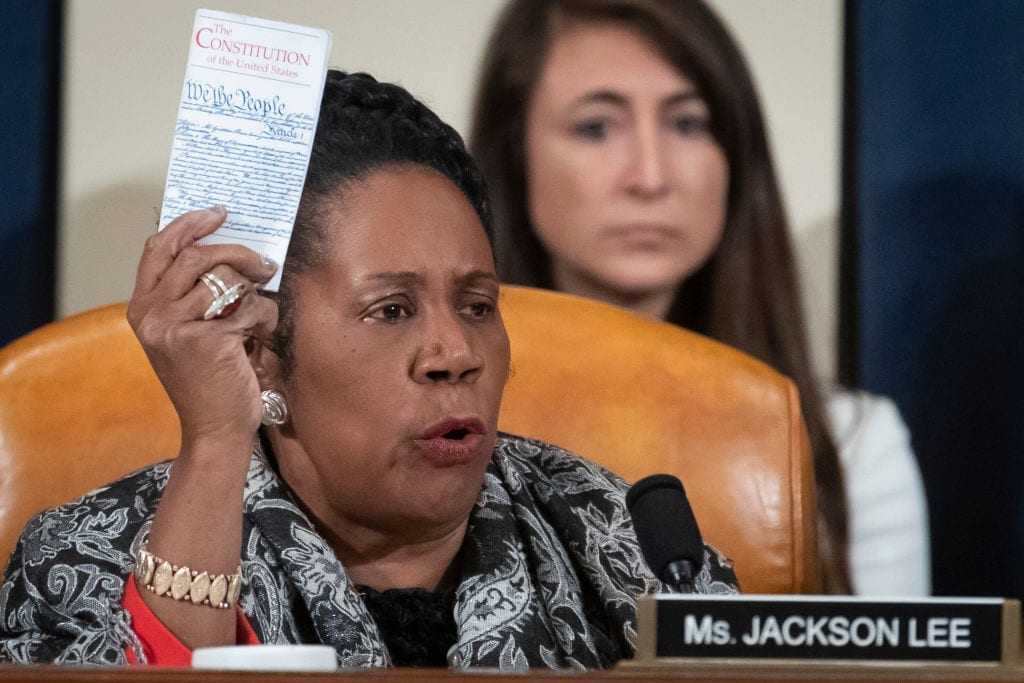 [otw_shortcode_dropcap label=”D” font=”Yeseva One” background_color_class=”otw-no-background” size=”large” border_color_class=”otw-no-border-color”][/otw_shortcode_dropcap]emocratic Rep. Sheila Jackson Lee of Texas suggested Wednesday that the Iowa Caucus was thrown into chaos by Russia. In a hearing with FBI Director Christopher Wray in front of the House Judiciary Committee, Congresswoman Lee said she hoped Iowa Democrats would ask the FBI to investigate Russia’s possible involvement in the Iowa Caucus.

“I hope that the Iowa Democrats will ask for an FBI investigation on the app. I believe that Russia has been engaged in and interfering with a number of our elections dealing with the 2016 election.”

Rep. Sheila Jackson Lee was one of the leading proponents of impeaching President Trump, and she did not have any evidence to support that either.

This comes on the heels of several reports of Iowa’s Democratic leaders blaming the delay of results on President Trump’s supporters. An Iowa caucus official claimed that the phone number for the hotline was made public, and the President’s supporters called to “clog the lines.”

Even if this were true, and it is not, it does not explain the irregularities in the vote tallies. The party has corrected the count multiple times and has given varying reasons as to why the caucus was less organized than a high school class election. Even the head of the DNC has now called for a total recanvass of all the votes in Iowa caucus.

While Rep. Sheila Jackson Lee has no evidence that the Russians had any involvement with the Democrats’ failed Iowa caucus, it is not surprising that she might believe in this fairytale.

After all, Rep. Sheila Jackson Lee was one of the leading proponents of impeaching President Trump, and she did not have any evidence to support that either.