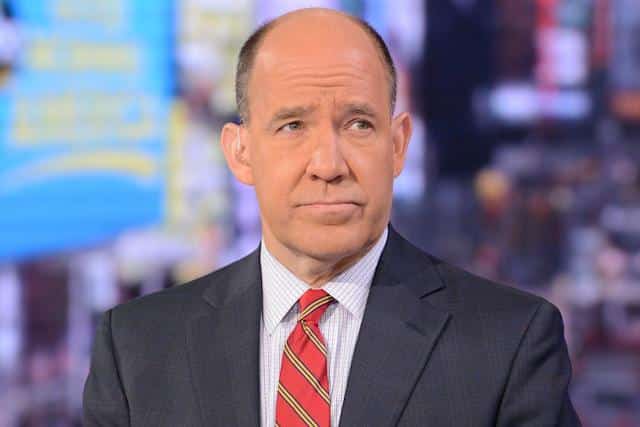 During an interview with CNN’s Brianna Keilar on Monday, Texas Lt. Governor Democrat candidate Matthew Dowd was questioned on his decision to delete hundreds of thousands of tweets. Dowd called it a Fox News “conspiracy theory” before immediately saying it was true.

“Matthew, you’re well aware you are being attacked by Republicans and Fox for deleting thousands of tweets. How many tweets did you delete?” Keilar asked.

“But why?” Keilar asked.

“I don’t know. I think what I did was — and this was long before I — this is funny about Fox, who looks for anything to sort of come up with some conspiracy theory, as they do,” Dowd answered. “Earlier in the summer, I thought I have 270,00-260,000 tweets that have just been accumulated. I just decided to go through and delete all of my old tweets, whatever it happened to be. So there’s no conspiracy thing here. It’s just —”

“— cleaning up my files long before I even thought about running in this race. But again, it’s a typical Fox thing to turn to some conspiracy, thinking it has more meaning than it actually does,” Dowd said.

“Why did you do it, then?” Keilar asked again.

“I just said, Brianna, I did it because I just wanted to clean up all of my files and get rid of all of the stuff that had accumulated over time,” Dowd dodged.
Keilar went on to point out that “this isn’t like emptying your e-mail inbox, to be clear. Getting rid of all your old e-mails.”

“Well, I empty my e-mail inbox every single day and I’m a — I’m a person that empties the e-mails and trashes all the stuff,” Dowd said, ignoring that Keilar was saying that this is not like emptying an email inbox.

“Then why delete them because you know that is going to raise eyebrows?” Keilar asked again. “That’s going to illicit scrutiny. I mean, in the age of when anyone deletes anything or isn’t forthcoming with, say, e-mails — I mean, look, we know where this goes. You know that it’s going to grab attention.”

“So, what I think is happening, Brianna, and I think it’s unfortunate, is Fox News does this, which is dreams up some conspiracy theory, as they always do, which is obviously not — has nothing to do with anything of what we’re talking about. And then people begin to repeat it,” Dowd said, again calling his self-admitted deletion of tweets a “conspiracy theory.”

“Again, I cleaned up my inbox in, I think, it was May or June — just deleted all my old tweets. I have — I think I have 5,000 sitting there. And so, I just think we shouldn’t play into Fox’s new sort of conspiracy theories,” Dowd added.

“I mean, I think it’s an important question to ask, which is why I’m asking it,” Keilar said, still awaiting an answer.

In this article:CNN, Matthew Dowd, Tweets