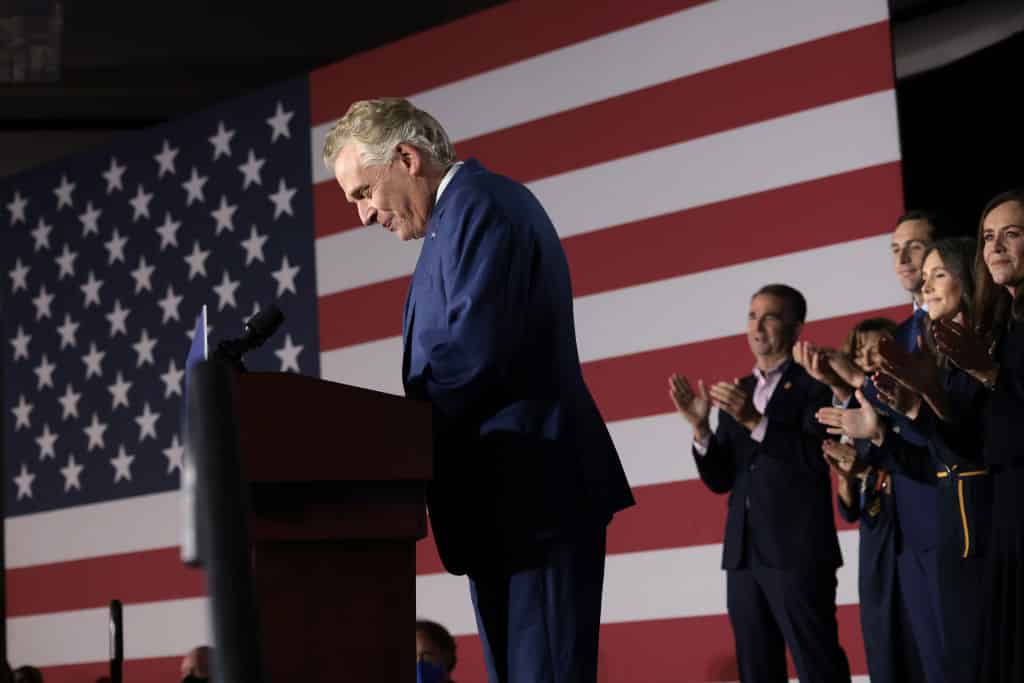 Democrat Terry McAuliffe has grown desperate in Virginia governor’s race against Republican Glenn Youngkin as momentum has shifted dramatically in the Republican’s favor, forcing McAuliffe to finish his campaign with “a lie,” according to Politico.

In this morning’s Politico Playbook, the outlet called out McAuliffe’s lie.

“TERRY MCAULIFFE wanted GLENN YOUNGKIN and DONALD TRUMP to campaign together so badly that when it didn’t happen, McAuliffe simply invented a Youngkin-Trump event that didn’t exist,” the Politico Playbook said. “That was a lie. Trump wasn’t in Virginia and he never campaigned with Youngkin, though he did make the case for the GOP candidate — ‘fantastic guy!’ — during a brief ‘tele-rally.’”

The outlet also noted that the crowds at Youngkin’s rallies were dwarfing those of McAuliffe’s.

“Thirty miles away, at the Loudoun County Fairgrounds, a crowd several times the size of McAuliffe’s was waiting for Youngkin to take the stage,” the Politico Playbook said. “You got a hint of why McAuliffe was desperate to manufacture the fake Trump event. While McAuliffe has boundless energy — “Sleep when you’re dead!” he likes to say — his Monday audiences in Richmond and Fairfax, where we caught up with him, were modest and listless.”

“Youngkin’s were large and rollicking, with many of the trappings of a MAGA rally — a similar dad-rock playlist, hats and flags and T-shirts paying homage to the former president — but, to the great disappointment of Democrats, not Trump himself,” it added.

In this article:Terry McAuliffe, Virginia