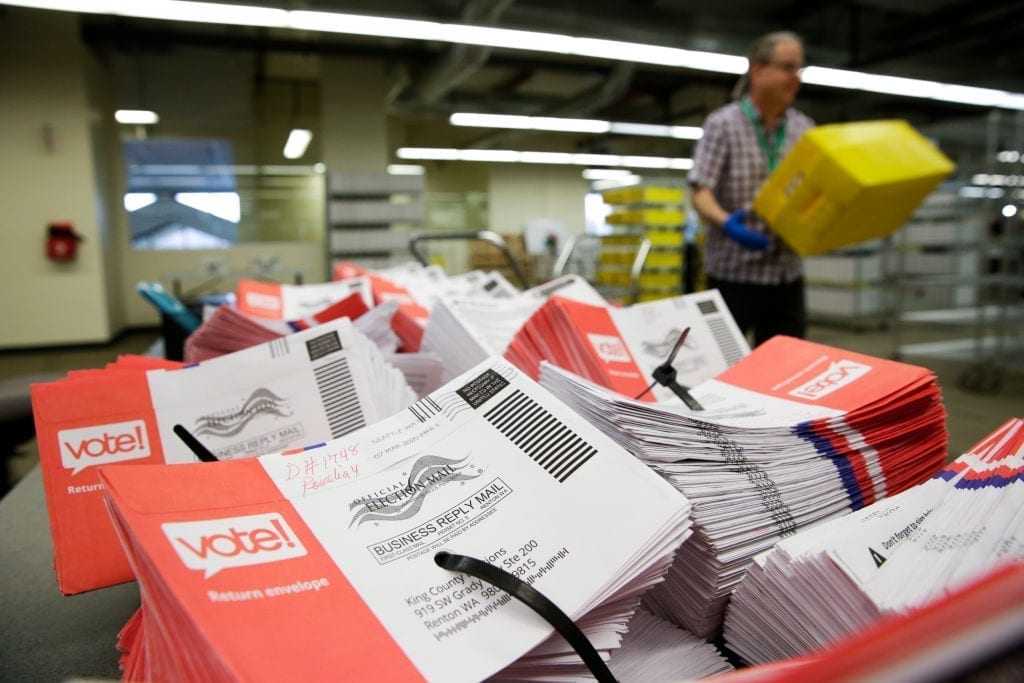 [otw_shortcode_dropcap label=”O” font=”Ultra” background_color_class=”otw-no-background” size=”large” border_color_class=”otw-no-border-color”][/otw_shortcode_dropcap]ne top Democratic operative took it upon himself to whistleblow on the fraudulent practices of voting, especially with mail-in ballots. Speaking on condition of anonymity because of his own criminal activities participating in voter fraud, the Democratic operative sought out New York Post reporter Jon Levine to explain it all.

Levine’s article published over the weekend was titled, “Confessions of voter fraud: I was a master at fixing mail-in ballots.” A “top Democratic operative says voter fraud, especially with mail-in ballots, is no myth. And he knows This because he’s been doing it, on a grand scale, for decades” writes Levine. The anonymous operative admitted, “this is a real thing…and there is going to be a f-king war coming November 3rd over this stuff” but admits “if they knew how the sausage was made, they could fix it.”

Operative trick #1: “the ballot has no specific security features – like a stamp or a watermark – so the insider said he would just make his own ballots. ‘I just put [the ballot] through the copy machine and it comes out the same way’ the insider said.” The man admitted, “his dirty work has taken him through the weeds of municipal and federal elections in Paterson, Atlantic City, Camden, Newark, Hoboken and Hudson County and his fingerprints can be found in local legislative, mayoral and congressional races across the Garden State.”

The Post confirmed the whistleblower’s identity, rap sheet and “long history working as a consultant to various campaigns.” The insider “says he not only changed ballots himself over the years, but led teams of fraudsters and mentored at least 20 operatives in New Jersey, New York and Pennsylvania.” Unfortunately, “some of the biggest names and highest officeholders in New Jersey have benefited from his tricks, according to campaign records The Post reviewed.”

The whistleblower is a self-admitted Bernie Sanders “die-hard with no horse in the presidential race.” He simply said he “felt compelled to come forward in the hope that states would act now to fix the glaring security problems present in mail-in ballots.”

Additional unethical practices the insider engaged in, is “he would have his operatives fan out, going house to house, convincing voters to let them mail completed ballots on their behalf as a public service. The fraudster and his minions would then take the sealed envelopes home and hold them over boiling water. ‘You have to steam it to loosen the glue’ said the insider.” They would then replace the real ballot with a counterfeit ballot and reseal the envelope.

He and his operatives would be careful to sprinkle fake ballots in mailboxes around town. He even said sometimes postal employees are in on the scam. “You have a postman who is a rabid anti-Trump guy and he’s working in Bedminster or some Republican stronghold…He can take those [filled-out] ballots, and knowing 95% are going to a Republican, he can just throw those in the garbage.”