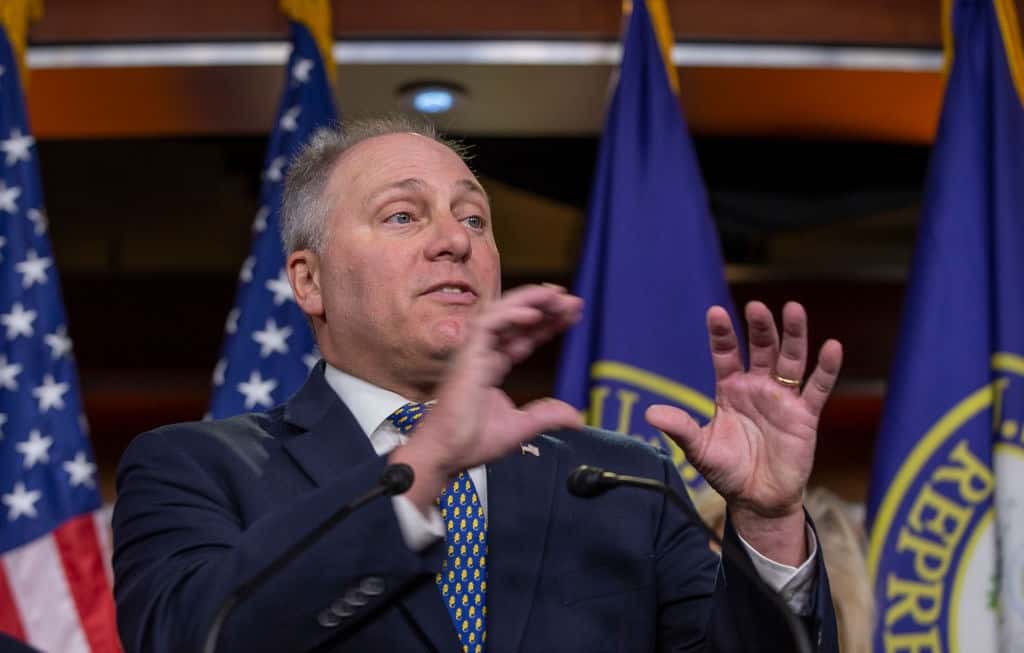 Yesterday on the House floor the Democrats cut the microphone when Minority Whip Representative Steve Scalise was speaking. Congressman Scalise asked, “Has the House been authorized to conduct an impeachment inquiry into President Trump?”


This comes one day after Speaker of the House Nancy Pelosi announced that they will not have a vote on impeaching President Trump. They are refusing to hold a vote because they know that it will destroy their chances of holding the House, or extending their majority in the house.

Holding a formal vote would mean that President Trump and his lawyers would be able to see the fake evidence, and cross-examine the “whistleblowers” that the Democrats are trying to use to impeach him. These are merely their latest actions to continue the witch hunt into President Trump.

In this article:Democrats, impeachment, Steve Scalise