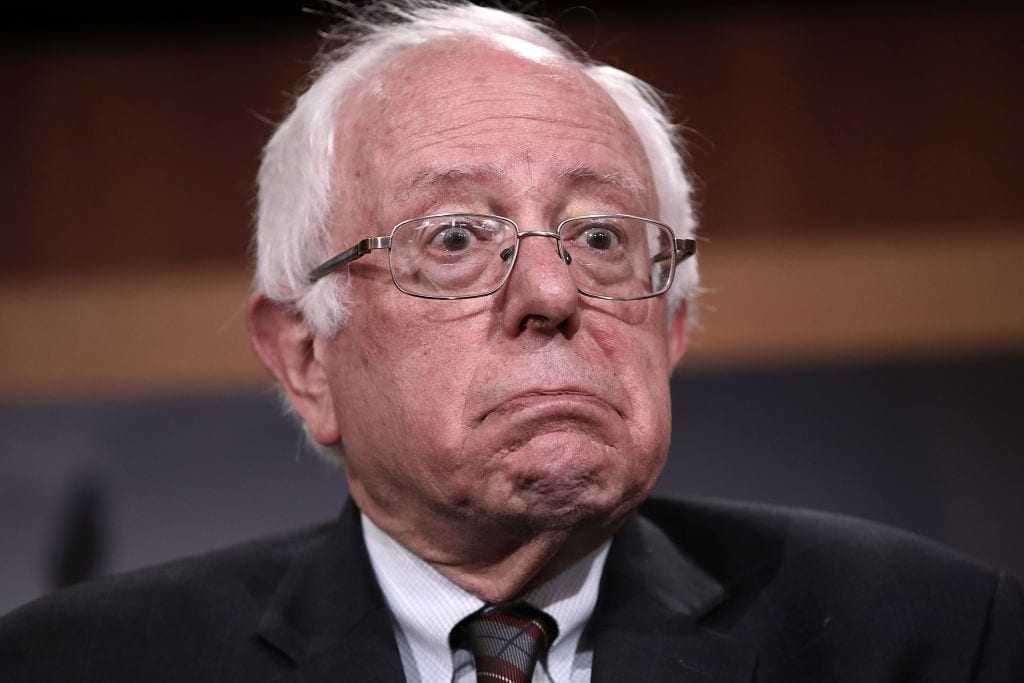 [otw_shortcode_dropcap label=”T” font=”Ultra” background_color_class=”otw-no-background” size=”large” border_color_class=”otw-no-border-color”][/otw_shortcode_dropcap]here’s a storm a-brewin’ in the Democratic Party and Bernie Sanders is in the eye of the tornado. Former Senator Chris Dodd (D-CT) who was also a National Committee chairman and current Biden supporter sums it up: “People are worried.” He continued, “how you can spend four or five months hoping you don’t have to put a bumper sticker from that guy on your car.” While most have been more concerned with universal healthcare or socialism than bumper stickers, we get Dodd’s point.

From Pelosi to DNC members, multiple schemes are being tossed around to end Sanders’ political tear through the primaries. There are reports that Obama is being urged to broker some sort of truce between Sanders and the moderate camps. DNC member from Tennessee, William Owen will even settle for Michelle Obama to be on the ticket as Vice President just so there is someone they can rally behind.

Senator Elizabeth Warren, Sanders’ opponent, expressed last night that when it comes to superdelegates and the Democratic National Convention having an assured nominee, that “Bernie had a big hand in writing these rules.” Therefore, Warren does not “see how he thinks he gets to change them now that he thinks there’s an advantage for him.”

Warren is referencing the fact that Sanders and his allies are arguing a majority of delegates should be sufficient to clinch the nomination. He seems to forget that in just 2016 he attempted just the opposite when falling behind to Hillary Clinton. “Bernie seems to have declared war on the Democratic Party – and it’s caused panic in the House ranks,” said Rep. Josh Gottheimer of New Jersey, who reportedly supports Bloomberg.

Ultimately, Democrats’ highest priority is getting someone who can beat Donald Trump. Party leaders do not believe Sanders is that “someone.” According to people familiar with a private caucus meeting this week, Pelosi invited House Democrats to a meeting at DNC headquarters and said, “whatever the atmosphere is, and I would hope that everyone would say, no matter who the nominee is for president, we wholeheartedly embrace that person.”

Clearly anxiety is running high as the Dems attempt to find a nominee, any nominee, who won’t ruin the party and will beat Trump. That’s a tall order Democrats – you may be out of luck.