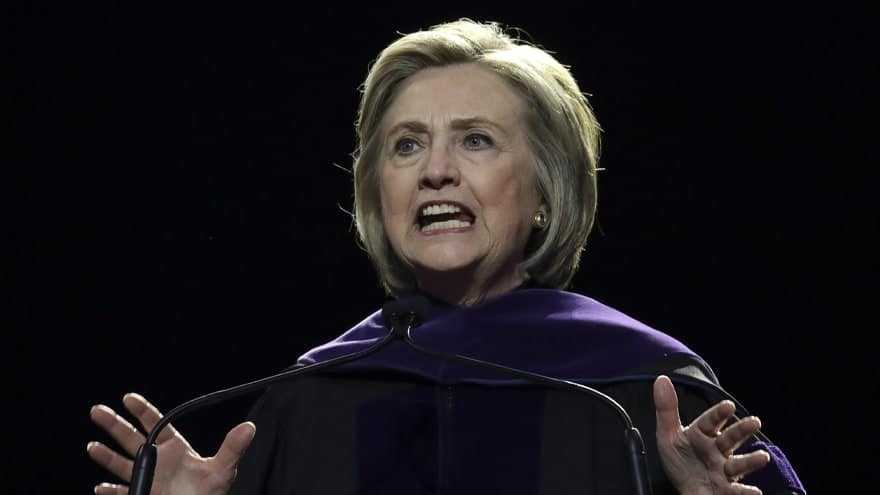 Last week, Hillary Clinton said that we should shred our country’s founding document if the Constitution does not give us the ability to impeach the President. This shows us how horrible a president she would have been, and how if she won the presidential election, her swearing to uphold the Constitution would have been just another lie she told the American people.

“If the impeachment provision in the Constitution of the United States will not reach the offenses charged here, then perhaps that 18th-century Constitution should be abandoned to a 20th-century paper shredder!” —Rep. Barbara Jordan, 1974 pic.twitter.com/TkF3MdYWsL

This idea is becoming widely accepted and promoted by many in the Democratic Party. In an article in The Atlantic, Sanford Levinson, a professor of government at the University of Texas, stated that “The Constitution is The Crisis.” This falls in line with the recent calls from the far left to eliminate the electoral college but even goes a step further. One of the main issues that Mr. Levinson has with the Constitution is the existence of the Senate. His argument is that it is unfair for smaller states with less population to have an equal say in any branch of the government.

“The Senate violates any principle of ‘one person, one vote’ that ostensibly structures the American polity at least since the ‘reapportionment revolution’ of the 1960s. Gerrymandering, of course, grievously affects the House of Representatives, but the Senate’s disproportion is, quite possibly, worse. Just nine states—meaning 18 Senate votes—are home to roughly 52 percent of the American population. The remaining 41-state minority enjoys 82 votes. By 2040, it is estimated that 70 percent of the population will live in 15 states—30 Senate votes—while the remaining 30 percent of Americans will have 70 senators. The presence, and importance, of the Senate, thus raises fundamental issues of political legitimacy akin to those raised by American patriots in 1776 who rejected the authority of the British Parliament….One might well speak of a ‘constitutional crisis,’ but one should recognize that it is the Constitution itself that is the crisis.”

With the current impeachment attempt having roots in a distorted meaning of “high crimes and misdemeanors,” as well as the Democrats’ attack on the electoral college, President Trump is not their true enemy. They have set their sights on destroying and redefining the foundational documents of this nation. Mr. Levinson then goes on to say that he happily celebrated Constitution Day and the framers who wrote the document, but then shows his true colors and attacks the framers by saying “the public treats them as demigods who must be followed blindly more than two centuries later.”

This article and Hillary Clinton’s tweet show the true feelings and values of the left. With Democrats openly expressing their hatred for the document our nation was founded on, one has to wonder why they want to lead it.

In this article:Constitution, Democrats, Hillary Clinton