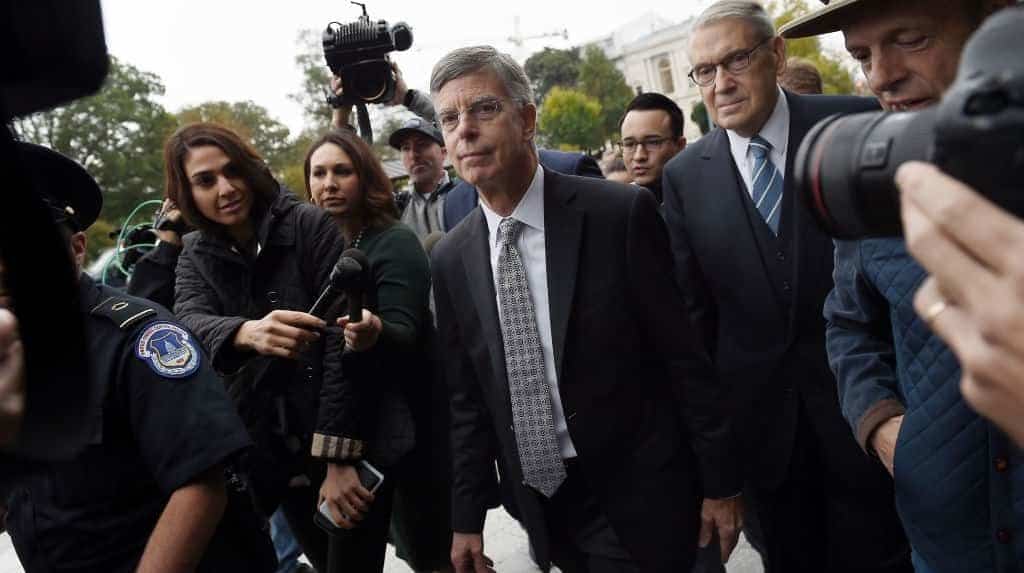 Democrats, and the media, are calling Bill Taylor, the current top official at the US Ukrainian Embassy, the most important witness in their effort to impeach President Trump. They are claiming this before he has testified to members of the house, not knowing what he will testify to. Ironically, they have made the claim that every witness they have called against the President is “the most important witness”.

They claimed that Michael Flynn, George Papadopoulos, Stormy Daniels, Paul Manafort, Michael Cohen, “whistleblower” #1, “whistleblower” #2, Ambassador Marie Yovanovitch, Ambassador Kurt Volker, and others all had the evidence to bring down President Trump. After all of their previous “most important” witnesses failed to produce anything criminal or impeachable on the President, they are now claiming Mr. Taylor is the most important.

All their hopes of Mr. Taylor being the perfect witness to bring down the President hinges on a pair of text messages between Mr. Taylor and Mr. Sondland:

Taylor: “As I said on the phone, I think it’s crazy to withhold security assistance for help with a political campaign.”

Sondland: “Bill, I believe you are incorrect about President Trump’s intentions. The President has been crystal clear no quid pro quo’s of any kind.”

Unfortunately for the Democrats and the media, Gordon Sondland, the U.S. ambassador to the European Union, has already testified to the House committee.

That testimony ended the same way as all the others, with Democrats and Republicans claiming victory, and with no new evidence of any crime being committed.

In this article:Democrats, impeachment, Media, Witness