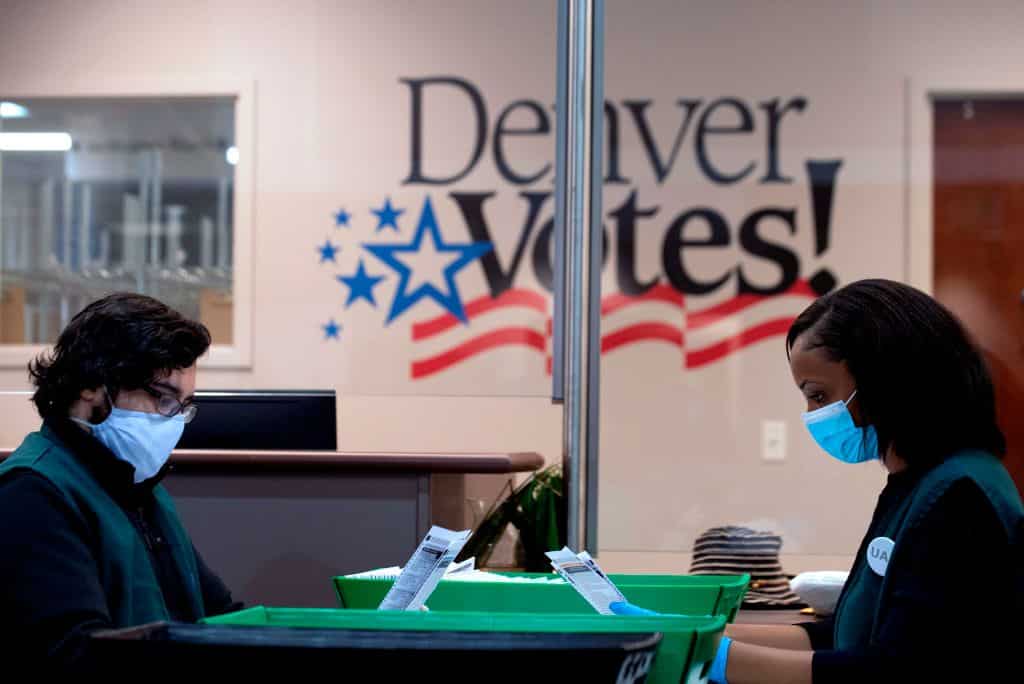 Democrats are pouring a Niagara Falls of money into advertising buys relating to several Colorado Republican primary campaigns. Please note the trenchant point: these are primary Republican election campaigns. When it comes to available advertising money, it seems the Democrats have more PACs than outfitting an expedition for summiting Mount Everest. Some of those PACs have shoveled money into, specifically, the Colorado U. S. Senate primary campaign between Ron Hanks and Joe O’Dea, and the governor’s primary campaign between Heidi Ganahl and Greg Lopez.

The central thesis of a detailed article by Bill Owens, former Colorado Governor (Republican), is the democrat advertisement campaign is intended to boost what Owens refers to as “’2nd-tier” GOP candidates for Colorado governor and the US Senate. Owens denounced the expensive ad campaigns as “a “disingenuous” attempt to influence the state’s Republican primaries for governor and U.S. Senate by encouraging GOP voters to nominate weak candidates.” Owens added: “The Democrats are focusing on the Republican primaries because their only way to win is to nominate weak candidates in my party.”

According to an article in the Durango Herald, “The ad spending in the gubernatorial and U.S. Senate contests alone is at least $1.5 million, according to contracts filed with the Federal Communications Commission through Tuesday that were analyzed by The Colorado Sun. The ads, which are running statewide, began airing Tuesday and some are scheduled to last through June 28, primary election day. It’s likely the spending is even higher, as many TV stations don’t file contracts immediately.”

As described in The Gazette, a pair of TV ads hit the air this week describing Republicans Ron Hanks and Greg Lopez — primary candidates for senator and governor, respectively —as “too conservative for Colorado,” noting that both support banning abortion and agree with former President Donald Trump that the 2020 election was stolen, among other positions. This is a curious argument for an opposing party to make about a candidate. Logic would dictate that the democrats would want the most extreme Republican candidate as its opponent. One can only admire the democrats’ felicity is protecting Colorado from an extremely conservative candidate.

Unless the democrats had other motives for their ad campaign. The Gazette reports that “The ads appear to be the latest incarnation of a strategy occasionally employed by both parties to push more extreme candidates during a primary, hoping the other party’s more partisan voters will nominate candidates who won’t fare as well in a general election.”

The Gazette characterized Greg Lopez as having made “controversial” comments. The Gazette stated, further: “The ads are positioned to support Republican gubernatorial candidate Greg Lopez, a former mayor of Parker. He has made controversial statements on the campaign trail and in 2020 settled a lawsuit filed by federal prosecutors alleging that after he left the Small Business Administration, where he was the Colorado district director from 2008 to 2014, he violated federal law by attempting to improperly influence the agency.”

Owens condemned the democrat’s advertisements in unambiguous terms. “This is wrong in a democracy,” he said. “This is putting your thumb on the scales just because they have big money and no record to run on. All they have is money.” Owens, who has has endorsed O’Dea and Ganahl, challenged the democrats: “Let the Democrats defend their record. Let them treat the voters with the respect the voters deserve and address their record versus the Republican candidates’. But in this case, they’re spending 100 times more than Ron Hanks is to nominate Ron Hanks. And in Heidi’s race, they’re doing something similar.”

Unsurprisingly, veteran Democratic consultant Alvina Vasquez, a spokeswoman for the group running the ad about Hanks, denied in an email that the Democrats are meddling in the GOP primary. “We are an organization committed to ensuring that Colorado does not elect a Republican to the U.S. Senate and giving voters the facts about who’s running to represent them,” adding “Ron Hanks is simply too conservative for Colorado and voters deserve to know the truth about him.”

Owens scoffed at the notion the ads are meant to do anything other than boost the candidates the Democrats perceive as easier to beat in November. Owens noted: “If the ads had started the day after Hanks, for instance, won the primary, Owens said, that would be “normal political practice, trying to label him before he has a chance to establish his own identity. But doing it with this amount of buy for the candidates who are clearly running second in each primary is what makes this different. They’re not going after the frontrunners, and not going after the frontrunners for a reason. They want to run against the second tier.”