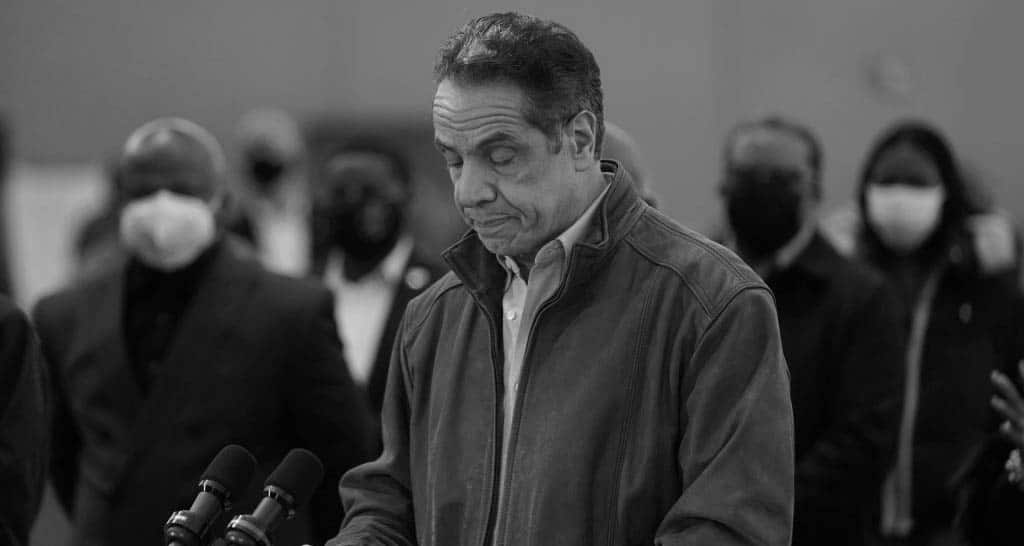 Andrew Cuomo’s reign of terror is over.

Like most abusive tyrants, the New York Governor’s ego and excesses brought about his own demise. By his despicable acts, he destroyed himself. Under fire, he grew isolated and alone. No support could be found anywhere. Politicians and the populace alike turned against him with a vengeance. Only resignation would prevent a storming of the palace gates.

The man who bragged he was a “hands-on” executive embraced that role in a literal sense. The revelations of Cuomo’s misconduct were sickening and appalling. They were recounted in excruciating detail in the state attorney general’s comprehensive report that spanned 165 pages.

Nearly a dozen women accused Cuomo of sexual harassment, sex assault, and retaliation. Their harrowing stories of the abuse they endured were shocking. Investigators who interviewed them called them credible and their stories compelling. They were backed by what the AG called “a mountain of corroborating evidence.”

The moment the AG’s report was made public, the man who once dubbed himself the “Luv Gov” was finished. Everyone had deserted him. No one was defending him. As I argued in my column Monday, “his banishment from office is inexorable.” He quit 24 hours later with not a friend or ally in sight.

But like most narcissists, Cuomo still doesn’t get it. He remains immersed in denial. His Tuesday announcement that he would leave office was an absurd mix of regret and defiance. “In my mind, I’ve never crossed the line with anyone,” he pleaded. But then he added without an ounce of sincerity, “I didn’t realize the extent to which the line has been redrawn.” Looking into the camera, he wallowed in self-pity as he tried in vain to depict himself as an innocent victim while apologizing to the real victims. It was classic Cuomo –all about him.

Measured by his litany of insipid rationalizations, Cuomo still doesn’t think he did anything wrong. His explanations were vapid and self-contradictory. “Eleven women were offended, and for that, I apologize,” he said while reading a carefully choreographed script. But then he proceeded to blame them for misinterpreting his inappropriate touching and unwanted kisses. Cuomo thinks his accusers are the villains.

The most dishonest moment came when he addressed the state trooper who accused the governor of molesting her across her stomach and back. Cuomo claimed he didn’t remember doing it, but then seemed to admit that he did. “I just wasn’t thinking…it was totally thoughtless…and a mistake, plain and simple,” he confessed. What? It is impossible to have it both ways.

The governor reached a new low of shame when he invoked the names of his three daughters as he railed against “sexism,” as if no one would notice the irony of his own sexist and misogynistic behavior. It was reprehensible.

Cuomo’s news conference was a senseless smorgasbord of excuses in which everyone else was at fault except him. In addition to blaming the victims, he blamed the media, the justice system, his political opponents, his heritage, his sense of humor, and what he called “generational and cultural shifts that I just didn’t appreciate.” Right. The guy who signed a new law on sexual harassment was oblivious to the meaning of that law.

Cuomo is a lawyer by training. He once served as New York’s attorney general. The notion that he didn’t comprehend the laws that prohibit sexual harassment is ludicrous. The obvious truth is that Cuomo thought he was so special that he was above the law and could disregard it with impunity to satisfy his own sexual gratification.

Throughout it all, Cuomo tried to portray his resignation as a heroic gesture –sacrificing himself for the good of New York so that its government can function without “wasting energy on distractions” like an impeachment trial. Huh? The delusional governor apparently thinks that holding a public official to account for serious allegations of sex abuse, assault, and harassment is a distraction.

Cuomo’s resignation changes nothing legally. There is nothing in the state constitution that prohibits the legislature from moving forward with impeachment even after the governor leaves office. A conviction would effectively prevent him from running for office in the future. But that is the least of “Handy Andy’s” problems.

There are five district attorneys who have opened investigations into whether the governor committed crimes in their jurisdiction based on the allegations stated in the attorney general’s report. Cuomo is well aware of the criminal jeopardy he faces. This is precisely why he parsed his words deliberately during the news conference to avoid any real admissions of wrongdoing. It’s why he blamed everyone else.

As I’ve noted several times before, reaching under a woman’s blouse and fondling her breast against her will constitutes the crime of forcible touching under New York’s penal code. It may also rise to the level of sexual assault and battery, as well criminal harassment. Brittany Commisso, who served as the governor’s executive assistant, has leveled these accusations against Cuomo and has filed a formal criminal complaint. It will be up to the District Attorney in Albany to decide whether Cuomo should be arrested and prosecuted. In my judgment, he should.

Beyond the cascading sex abuse scandal, there is a federal investigation into whether Cuomo “cooked the books” and lied about the number of nursing home deaths in New York in order to avoid or deter a Justice Department probe into his actions. Attempting to prevent a government investigation through deception constitutes obstruction of justice.

And finally, there is another investigation into Cuomo’s lucrative literary deal and whether he used government workers to secretly write and edit his book which earned him a five million dollar advance. Converting government resources for personal financial gain is a crime. It’s called corruption. On the street, it’s called theft.

And let’s not forget Cuomo’s civil liability. All eleven accusers could bring lawsuits against Cuomo for sexual harassment, retaliation, and a hostile work environment. These are the very laws the attorney general concluded that Cuomo egregiously violated.

The downfall of Andrew Cuomo has been stunning, but predictable. Abusive tyrants who rule through menacing tactics, intimidation, and fear rarely survive.

At some point, the people rise up against bullies and toss them over the palace gates.