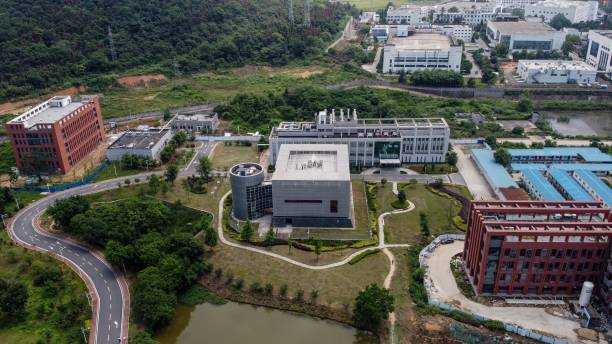 Over one year after the first reported infections of COVID-19, a top Trump administration national security official says there is a “growing body of evidence” to support the theory that the virus was released from a Chinese government-run lab in Wuhan. Deputy National Security Adviser Matthew Pottinger spoke in a recent virtual conference call with British lawmakers discussing China when he made the claim.

“Even establishment figures in Beijing have openly dismissed the wet market story.”

“There is a growing body of evidence to say that a laboratory leak or accident is very much a credible possibility,” said Pottinger. “Even establishment figures in Beijing have openly dismissed the wet market story” he added. The Trump administration has been tough on China, with Trump himself having accused Chinese officials of withholding critical information about the origin of the virus as well as details of cases.

New York magazine’s piece explores “the possibility that the SARS-CoV-2 virus and ongoing coronavirus pandemic is the result of a lab accident in Wuhan, China” reports National Review. In addition to the origination, the magazine goes even further, “speculating that the virus is similar to many previously discovered viruses but not quite the same is that it may have been altered through gain-of-function experiments.”

“In other words,” writes National Review, the theory put forth by the New York magazine author “suggests that Chinese scientists wanted to study a particularly dangerous version of an existing virus and thus deliberately accelerated a virus’s process of growth and change to generate a more virulent and contagious version of it.”

The author also notes that “SARS-CoV-2 is similar to other viruses found in nature, but more contagious among humans – and asks whether laboratory efforts might explain what makes SRS-CoV-2 so easily spread.”