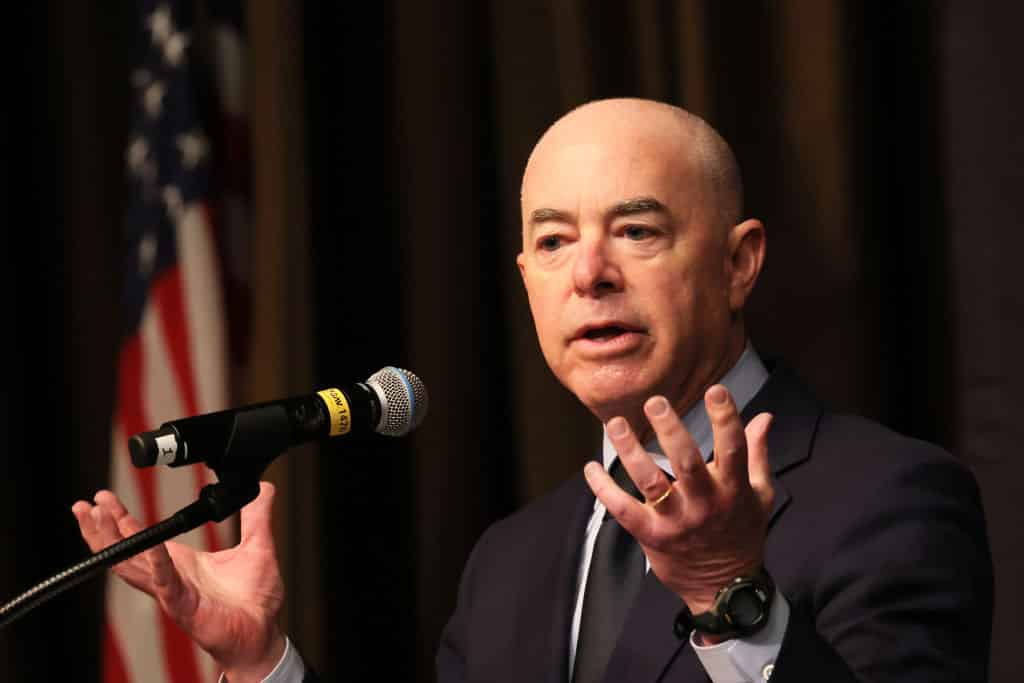 A powerful US government official has pontificated that ‘equity’ is a founding principle of the United States. As reported by Breitbart, Department of Homeland Security Secretary Alejandro Mayorkas,  delivered a speech to race-hustler Al Sharpton’s National Action Network convention on Friday during which he claimed that “the core founding principle” of America is “equity. Mayorkas did not use the word “equality” Because of his re-writing of history and the foundational documents for this country, Mayorkas “is building an immigration system built on “equity.””

The appealing quality of the word ‘equity’ is it has no meaning. Like tofu, one can make of equity whatever one wants. Thus, ‘equity’ can become a bludgeon to be used by anyone or any organization that has the power to impose its will over other people. Likely most people would agree on the use of ‘equity’ in describing a home having more value than any loans against it. Beyond that, defining the word is an ideological crapshoot.

“In the Declaration of Independence, equality means equal opportunity. Equal opportunity in the pursuit of happiness. That pursuit is guaranteed by the Creator, not the results. Equity, on the other hand, is the left’s latest code word for equality of outcome.” Using a rhetorical term currently pervasive in our culture, ‘equity’ is a dog whistle for a cascade of government intervention programs and social control.

The Republican Daily post continues: “Famed Austrian economist F. A. Hayek perhaps said it best: “There is all the difference in the world between treating people equally and attempting to make them equal.” Liberals have never seen wealth — except for their own — that they haven’t tried to redistribute to those of lesser means, generally Democrat voters. That brings us to Irish playwright and political activist George Bernard Shaw, who correctly observed: “A government that robs Peter to pay Paul can always depend on the support of Paul.”

The Republican Daily post shared an example of Mayorkas’ application of ‘equity:’ his efforts to help poor black communities get access to federal aid: “Just a few weeks ago, I was in Detroit, Michigan, meeting with faith leaders — predominantly African American faith leaders — talking about our grant program……designed to enabled them to secure themselves against an increasing threat landscape. Some … don’t have the resources to [hire] a grant-applicant professional … How can we break down those barriers?”

“But,” The Republican Daily continued, “as Mayorkas also tweeted in August 2021, his vision of “equity” also applies to illegal aliens: [Illegal alien i]ndividuals who are eligible will receive relief more swiftly, while those who are not eligible will be expeditiously removed. We are building an immigration system that is designed to ensure due process, respect human dignity, and promote equity.”

Mayorkas said at Sharpton’s Action Network conference that white supremacists pose the greatest threat to America. Breitbart states: The greatest terrorist-related threat that we face in the homeland is a threat of individuals drawn to violence because of ideologies of hate or false narratives propagated on social media and other online platforms. And the most prominent threat is a threat of white supremacists.” Read the entire article.

In May 2021, Mayorkas and Attorney General Merrick Garland testified before the Senate Appropriations Committee and testified their agencies needed more resources to fight domestic terrorism, pointing in particular to the events of January 6 at the Capitol. Left out of the equation by both Mayorkas and Garland was any talk of the violent social unrest that has plagued the United States since the Summer of Love organized by radical progressives.”

In this article:DHS, featured, Mayorkas