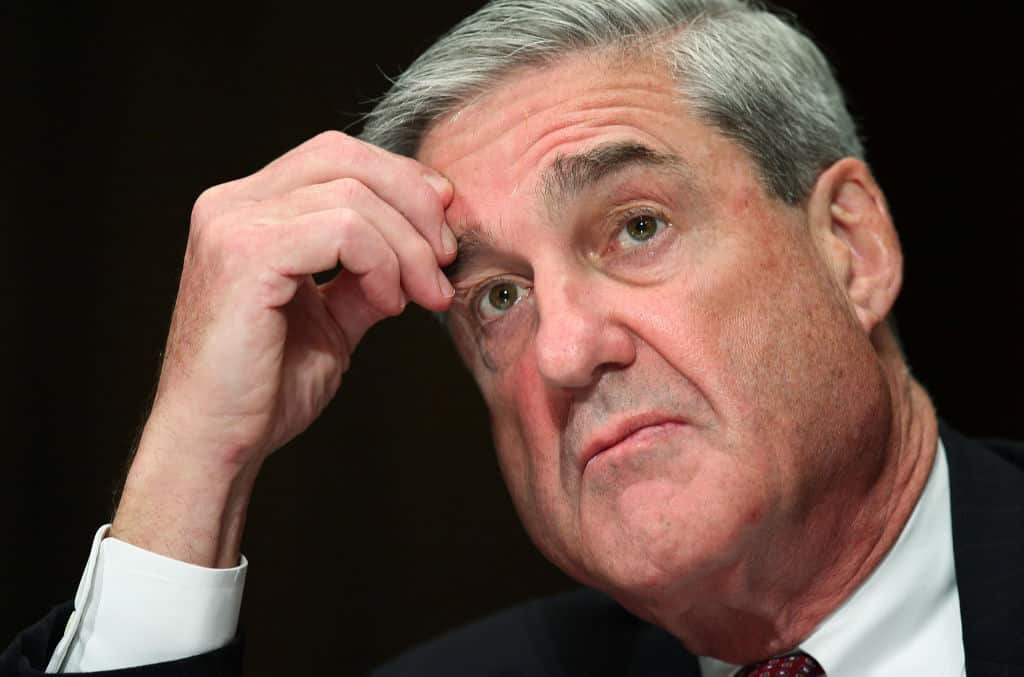 It has always been suspicious that Robert Mueller met with President Trump in the Oval Office the day before he was officially appointed by Deputy Attorney General Rod Rosenstein to investigate Trump.

Newly uncovered documents show that Mueller and Rosenstein had been privately communicating in the days before that meeting. They worked sedulously to keep it a secret. Trump had no idea that Mueller was already on board to serve as special counsel.


So, why was Mueller there in the Oval? Was it part of a scheme to furtively gather evidence that, as special counsel, he could then use against Trump? Did he lure the president into a conversation under false pretenses? The answer appears to be yes.

When I interviewed President Trump for my new book, “Witch Hunt: The Story Of The Greatest Mass Delusion In American Political History,” I asked him why Mueller was there:

President Trump: “Mueller wanted very badly to have the job as FBI director and to return to the FBI. I didn’t want him. I rejected him. By the way, how much of a conflict is it when a guy comes in wanting a job, I say no, and the next day he’s your special prosecutor? It’s outrageous.”

It was outrageous. It seems increasingly clear that Trump was being set-up, and that Mueller was neither forthcoming nor honest during the meeting.

He deliberately concealed from the president that he was about to launch a damaging investigation that threatened Trump’s presidency. The duplicity was more than a sufficient basis to require that he disqualify himself from the special counsel position.

The president’s account of his meeting with Mueller was corroborated by his then-assistant, Madeleine Westerhout, who arranged it and was privy to its purpose and content. I questioned her about this. She confirmed to me that, without a doubt, Mueller had been there interviewing for the job of FBI director. Recently, multiple administration officials backed up this account to Fox News. Newly released records also substantiate it.

There has been widespread speculation about Mueller’s intentions. Tuesday, Fox News’ Bret Baier and Jake Gibson reported that Mueller was indeed “pursuing the open post as the director of the FBI – something the former Russia probe special counsel denied under oath during congressional testimony this summer.”

So, has Mueller been lying about this all along? Consider his July 24, 2019 testimony before congress:

Mueller: “My understanding was I was not applying for the job.  I was asked to give my input on what it would take to do the job.
Question: So it is your statement that you didn’t interview to apply for the FBI director job?
Mueller: That’s correct.”

The last time I checked, failing to tell the truth under oath before Congress constitutes perjury. But it goes deeper than that. Much deeper.

During my June 2019 interview of President Trump, I asked him directly whether he and Mueller specifically discussed the reason Comey had been fired:

Jarrett: “Was there any discussion at all about your having just fired Comey?  Did you say to him, ‘This is why I fired Comey’?”
President Trump: (long pause)  I have no comment.”

Trump then told me he could easily answer the question because he had a strong recollection of their discussion that day.  However, he was reluctant to delve back into it.  “I just want to put this stupid thing to bed,” he offered by way of explanation.

The reader can draw his or her own conclusion. But it was abundantly clear to me, sitting there in the Oval Office with the President and judging his reaction and demeanor, that the answer was “yes.” Of course, they had talked about why Comey had just been fired. It would have been a natural, and perhaps necessary, subject. It is hard to imagine a scenario in which it would not have come up.

This would make Mueller a fact witness in his own investigation, which is strictly forbidden.  A person cannot serve as both prosecutor and witness in the same case.  It is an egregious conflict of interest.

Under questioning from Congress, Mueller was directly asked whether the president discussed with him the firing of Comey.  The special counsel replied, “Cannot remember.” Right. Then, the ensuing exchange took place:

Question: “You don’t remember?  But if he did, you could’ve been a fact witness as to the President’s comments and state of mind on firing James Comey.
Mueller:  I suppose that’s possible.”

It is difficult to fathom that Mueller could not remember a critical Oval Office conversation with the President that would have required his recusal.  More likely, the special counsel knew his disqualifying conflict of interest had been exposed and sought to deflect it by claiming total memory lapse.

Fox News has confirmed that the current investigation into the origins of the 2016 FBI Russia “collusion” case has now been expanded based on the findings of U.S. Attorney John Durham.  My colleague Catherine Herridge has reported there is new scrutiny of the Mueller appointment and the coordination between Rosenstein and Mueller in the days before he was named special counsel.

As Trump told me, “Bob Mueller should never have been allowed to do this case.”  The evidence continues to mount that the president was right.