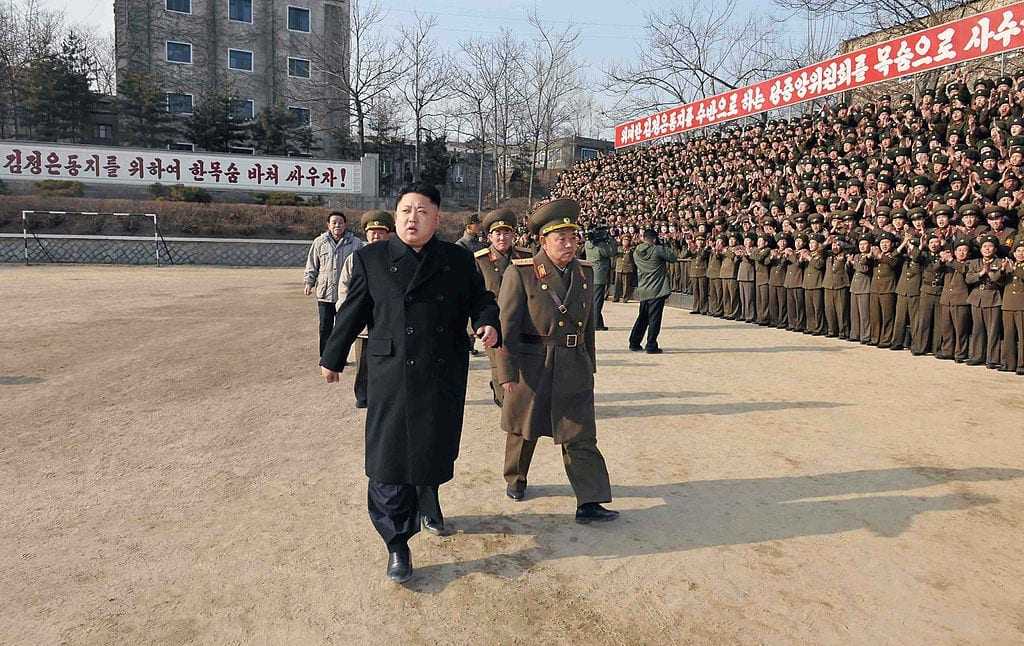 [otw_shortcode_dropcap label=”C” font=”Ultra” background_color_class=”otw-no-background” size=”large” border_color_class=”otw-no-border-color”][/otw_shortcode_dropcap]OVID-19 originated from Wuhan, China and has the world’s highest reported cases reaching over 80,000 which includes more than 3,000 deaths. South Korea is also in the top ten infected countries with just over 8,500 total cases reported to date. Yet somehow, the country that sits right in between the two hotbeds, North Korea, miraculously insists they have zero cases of the virus.

To what does North Korea owe this achievement to? Fox News reports “Pyongyang claims it has been able to shield itself from the coronavirus by being proactive in its fight for ‘national survival.” Additionally, “the country has closed its border, cut trade with China, extended its quarantine period to 30 days and put restrictions on the activities of foreign diplomatic and international staff based in North Korea.”

Our party analyzed and assessed the present state of public health service, medical service, in the country…and, feeling miserably self-critical of the fact that there is no perfect and modern medical service establishment even in the capital city, discussed and decided on building in this year of the 75th anniversary of its founding a modern general hospital first in Pyongyang for the promotion of people’s health.

Sounds like a round-about way of saying “we need a hospital because there is a global pandemic; oh, and by the way, we don’t have any cases, it’s just coincidence that we have decided to build a hospital.” Fox News writes “there is little chance of the virus hopping the heavily militarized border with South Korea or coming in through closed-off lines with China” but “there have been black market traders operating in the area for years who could have brought the virus with them into the country.”

Somehow, the country that sits right in between the two hotbeds, North Korea, miraculously insists they have zero cases of the virus…

However, in addition to the emergent hospital being built, “North Korean authorities extended school closures this week through April 15” reported Daily NK. One source told the website North Korea’s Ministry of Education cited “social distancing” and “banning physical contact between individuals is the best way to prevent the spread of the coronavirus.” Commander of U.S. Forces Korea said the lack of military activity from North Korea in recent weeks is a tip-off that they are experiencing COVID-19 casualties.

JARRETT: Amid The Panic of Coronavirus, Don’t Let Fear Consume You

Former CIA analyst on North Korea, Jung H. Pak, told Fox News “it’s impossible for North Korea not to have a single case of coronavirus.” Pak believes Kim is attempting to manipulate the world into thinking he has the control and ability to protect his people completely, “despite a decade of crippling economic and financial sanctions put on the country for human rights abuses, cyberattacks, money laundering and the fight over denuclearization.” It seems likely Kim is doing exactly what dictators do; lying.