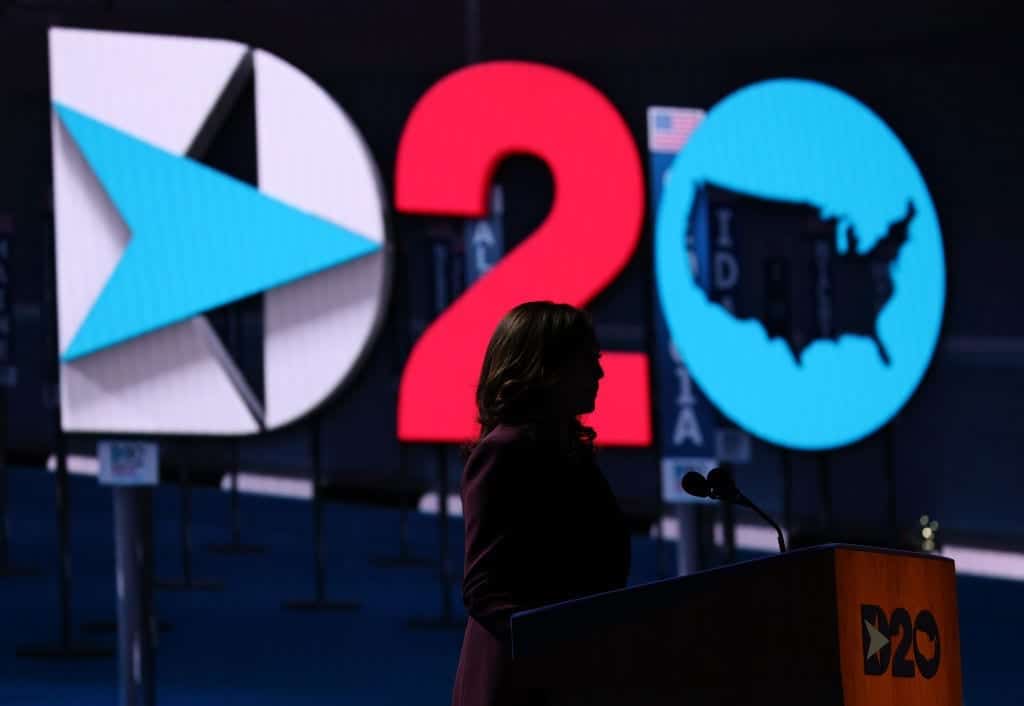 [otw_shortcode_dropcap label=”T” font=”Ultra” background_color_class=”otw-no-background” size=”large” border_color_class=”otw-no-border-color”][/otw_shortcode_dropcap]uesday’s Democratic National Convention left two junior enlisted soldiers to be investigated by the Pentagon. A severe consequence, but who is to blame? During the roll call of all states and territories pledging their convention delegates to Joe Biden, American Samoa attempted to make a statement that landed two young soldiers in hot water.

Alitama Satoa, the chairman of the American Samoa Democratic Party, alongside Petti Matila, who serves as an executive assistant at the American Samoa Department of Commerce represented American Samoa. However, standing just behind them were two Army Reserve specialists from the 9th Mission Support Command. The problem? “Wearing a uniform to a partisan political event like this is prohibited,” said Lt. Col. Emanuel Ortiz, a Defense Department spokesman.

“Defense Department Directive 1344.10 forbids service members from participating in any partisan political campaign, or elections, candidate, cause, or issue while in uniform. Service members are allowed to engage in virtually any political activity out of uniform, but the activity cannot be perceived as being endorsed by the military” explains Stars and Stripes.

However, Stars and Stripes also note that “the two uniformed reservists’ participation in the convention came after the Democratic Party’s message to troops earlier in the evening that promised to end the politicization of the military.” In essence, the Democratic Party had an agenda, and two young soldiers were caught in the crosshair, resulting in an investigation against them by the Department of Defense.

While Satoa cast the territory’s 11 votes to Biden, the two soldiers were not acknowledged, nor did they speak. All the Democratic Party had to say in their defense was that it was an oversight. “Each state was asked to highlight issues and values that matter most and the American Samoa delegation wanted to highlight their commitment to military service when they filmed their segment,” said an unnamed Party official.

Not only did the Democrats put the serviceman and woman in a compromised situation, but the Party was also politicizing off the soldiers in a purely selfish manner and left the two individuals to suffer grave consequences.

In this article:Democrats, DNC, Pentagon, Soliders