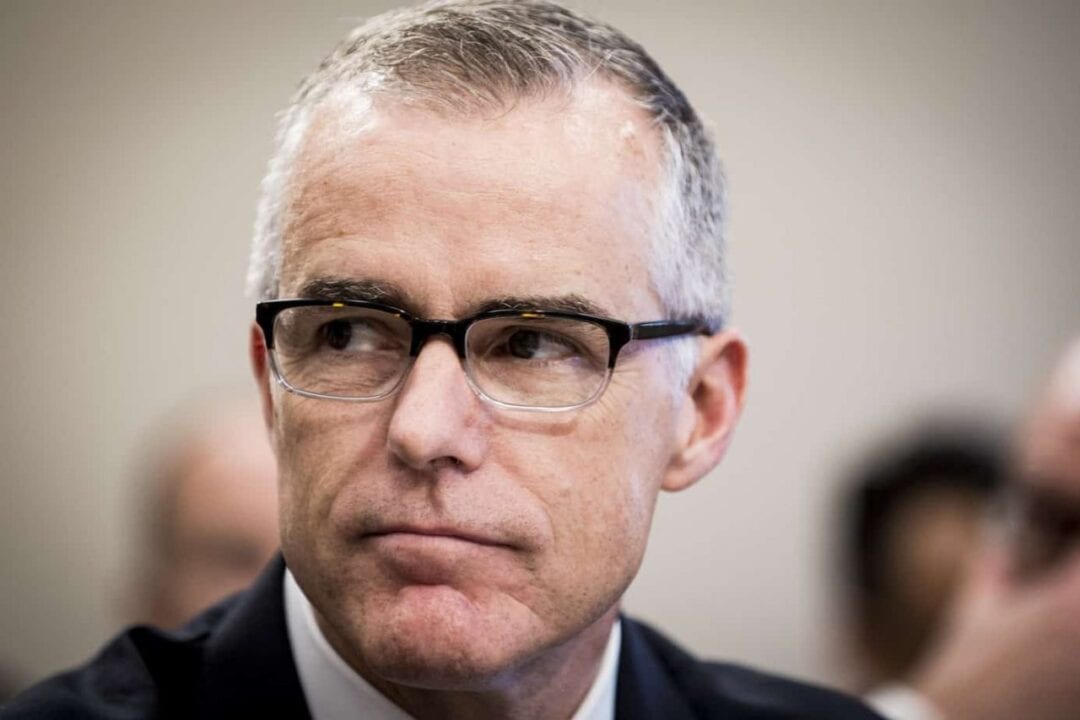 The Department of Justice is seeking former Deputy Director Andrew McCabe’s text messages, which will play an important role in understanding the FBI’s probe into the Trump campaign and the FBI’s handling of Hillary Clinton’s negligent use of a non-approved and non-classified private server to send government emails.

Previously, the lawmakers failed in their attempt to get text messages during the Congressional investigations that have resulted after John Durham was appointed to investigate the FBI’s handling of the 2016 election probe. According to ranking member of the House Intelligence Committee Devin Nunes, R-CA, his committee was obstructed in retrieving McCabe’s communications by the FBI under Christopher Wray, who was urged by the former Director of National Intelligence James Clapper in a handwritten letter to protect McCabe from being fired.

Wray has gotten away with repeated acts of obstruction so far, but it seems that his boss, Attorney General Barr, has had enough.

“The House Intelligence Committee tried to get the McCabe texts in the last Congress, but we were stonewalled,” Nunes told SaraACarter.com on Monday. “This is the kind of issue that really needs more transparency. There’s been too much unnecessary secrecy surrounding the entire Russia investigation- the American people deserve to know exactly what happened.”

Bill Barr’s Justice Department is demanding McCabe’s text messages. Congress wanted them. There were FOIA requests for them. The FBI under Christopher Wray refused. Wray has gotten away with repeated acts of obstruction so far, but it seems that his boss, Attorney General Barr, has had enough.

With U.S. Attorney John Durham heading up the investigation into corruption in the launching of the Trump-Russia investigation (and lying to the FISA court), these text messages will be turned over – assuming they haven’t already been destroyed like Hillary’s emails and many of the Strzok-Page texts.

In this article:Andrew McCabe, DOJ