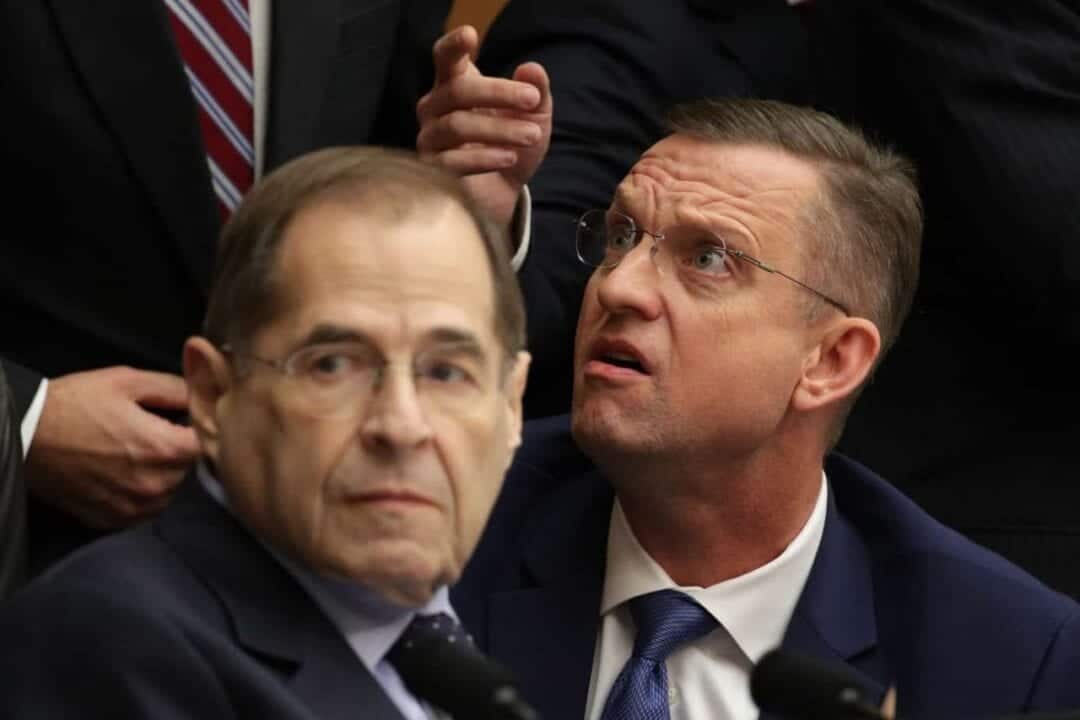 GOP Rep. Doug Collins slammed Congressman Jerrold Nadler during fiery hearings on Capitol Hill Thursday; saying House Democrats are “lost in impeachment Oz” and are unable to “find their way out of the mess.”

“Today’s ambiguity is a product of the chairman’s own making because there is an easy way to know exactly whether this committee is in #impeachment proceedings: It’s called a vote. A vote of the full House of Representatives” posted Collins on social media.

“Democrats followed the yellow brick road, and now they’re fully lost in impeachment Oz—try as they might, they can’t find their way out of the mess they’ve made because they think ‘words don’t matter,’” he added.

Democrats followed the yellow brick road, and now they’re fully lost in impeachment Oz—try as they might, they can’t find their way out of the mess they’ve made because they think “words don’t matter.” pic.twitter.com/HIfzf14MzM

House Democrats voted Thursday to officially unveil their “guidelines” surrounding an investigation into whether they will recommend filing articles of impeachment against President Trump.

The proposal left most lawmakers -including many Democrats- confused and bewildered as to what the resolution actually means.

“Some call this process an impeachment inquiry. Some call it an impeachment investigation. There is no legal difference between these terms, and I no longer care to argue about the nomenclature,” Nadler said as he opened the hearing. “But let me clear up any remaining doubt: The conduct under investigation poses a threat to our democracy. We have an obligation to respond to this threat. And we are doing so.”

GOP Rep. Doug Collins slammed Nadler’s inquiry, saying his Committee has “become a giant Instagram filter … it’s put in there to look like something, but it’s really not.”

“My colleagues know very well they don’t have the votes to authorize impeachment proceedings on the House floor, but they want to impeach the president anyway,” Collins said. “So, they are pretending to initiate impeachment.”

“Under these procedures, when we have finished these hearings and considered as much evidence we are able to gather, we will decide whether to refer articles of impeachment to the House floor,” Nadler said in his opening statement.

In this article:Doug Collins, Jerrold Nadler