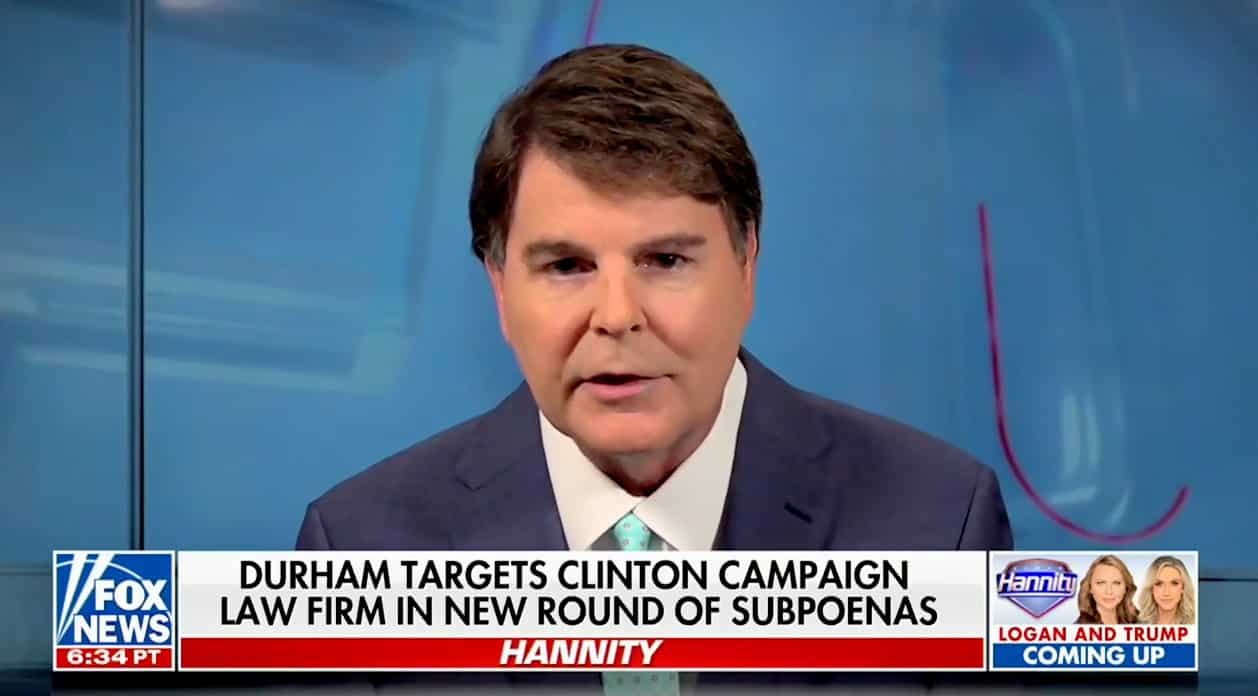 Durham is back and with more subpoenas relating to the Russia Hoax. This time subpoenas are handed out to the law firm Perkins Coie which used the money from the Clinton campaign and funneled it to Fusion GPS which hired Christopher Steele to come up with the disinformation Steele dossier that came up with nothing but lies.

We can verify now that they’re lies. They were Clinton bought and paid for lies that were then used in the Carter Page FISA warrant four times…as a back door way of spying on Donald Trump’s campaign.

“Durham is widening the net and zeroing in on additional people…who may face potential criminal indictment because it’s a crime to knowingly lie to the FBI to try and frame somebody —in this case Donald Trump,” Jarrett told Fox News’ Sean Hannity.

Documents clearly show that it was Hillary Clinton and her campaign who invented the “collusion” lie to smear Trump. She then “delegated her dirty work” and used many people, including certain lawyers at the Perkins Coie law firm, who not only disseminated the lie but also “lied about their client.” Explains Jarrett.

Because they concealed that Clinton, their client, was behind it all, they could face other charges “that include false statements to the FBI, obstruction of justice, and because more than one individual was involved, a criminal conspiracy.”

Jarrett goes on to discuss “what’s so terribly revealing about this Durham indictment – 27 pages long – is how vivid it is in the detail, the evidence he’s accumulated.” Names, times dates and places all show that the specific individuals not only knew that it was a lie, “but they had evidence that it was untrue which they concealed from the FBI.”

Jarrett reads aloud “one smoking-gun email” which says, “The only thing that drives us at this point is that we just do not like Trump.”

“In other words, this was all driven, the greatest delusion in American political history by a hatred of Donald Trump and a thirst for power by Hillary Clinton and the power she could confer to her acolytes surrounding her” concludes Jarrett.