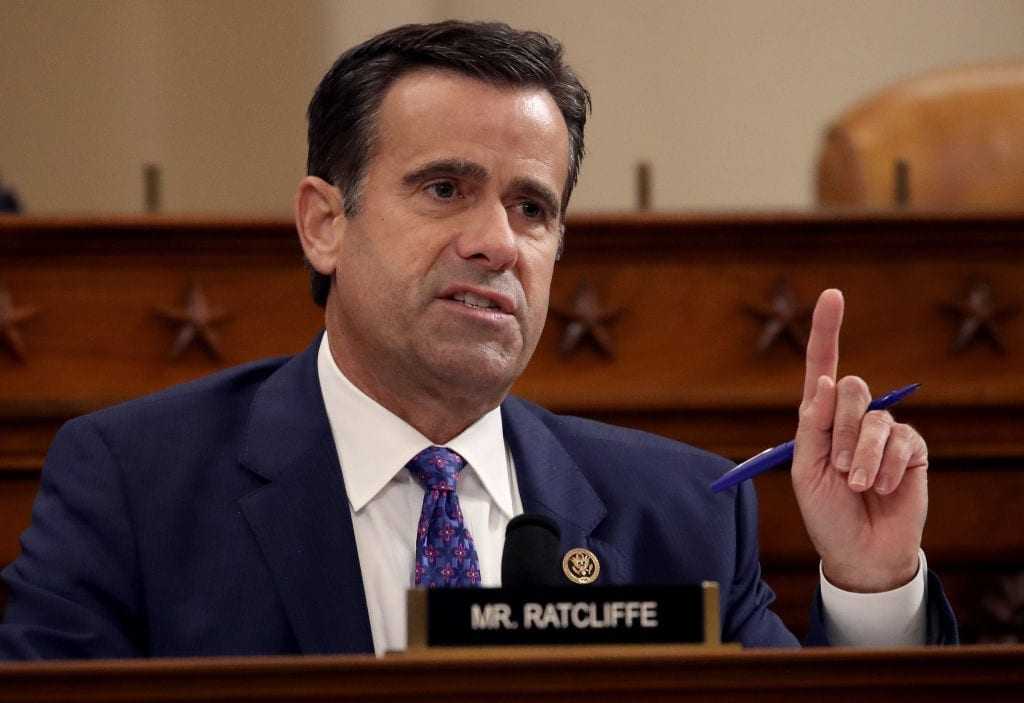 Director of national intelligence, John Ratcliffe, has urged U.S. Attorney John Durham to release an interim report on “his investigation into the origins of the Trump-Russia probe, saying that the American public should have a record of the investigation in case the Biden administration shuts it down” reports the Daily Caller.

“I think the American people should know what’s happening in a two-year investigation into this and I hope that that report will be forthcoming,” Ratcliffe told Fox News’s “Sunday Morning Futures.” As the country inches closer and closer to a Biden presidency in just a few short months, Ratcliffe’s actions are to ensure the investigative findings aren’t lost forever in a Biden administration.

In order to ensure the American public knows the details of the Trump-Russia probe origins, Attorney General William Barr has authorized Durham to release interim reports before the investigation is complete. Barr appointed Durham special counsel to continue his investigation into whether the law was broken by government officials when investigating the Trump campaign.

Barr and Ratcliffe’s positions are understandable, particularly when taking comments by Democrats such as House Intelligence Committee Chairman Adam Schiff (D-CA) into consideration. Schiff believes whomever Biden picks for attorney general should review Durham’s investigation and have the power to close it.

In an interview on MSNBC, Schiff said, “I would presume the next attorney general will look to see if there is any merit to the work that John Durham is doing and make a rational decision about whether that should continue on any level.” Schiff believes Durham’s investigation should be put to an end because it was “politically motivated.”

Ratcliffe believes an interim report must be released because it would “show whether or not there’s a good faith basis to continue and protect the work that’s been done” he said. “I would encourage my colleagues over at the Department of Justice and at the FBI and in particular, special counsel Durham, to consider doing that, so that the American people can get the full accounting that they deserve.”