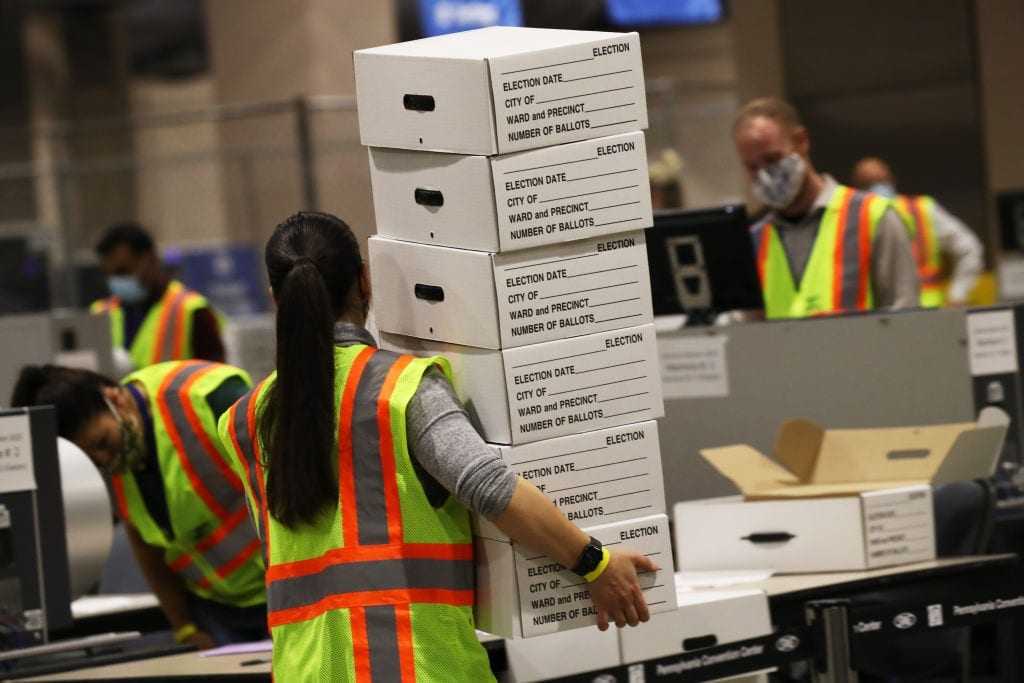 As the winner of the 2020 presidential election looms overhead, election staff in Pittsburgh’s Allegheny County are taking the day off.

Allegheny County, one of Pennsylvania’s most populous areas, still has over 35,000 mail-in votes that have not been counted.

But, election staff will be taking a break from counting.

A large number of in-person provisional ballots – likely up to 15,000 – won’t be counted until “later tomorrow or early next week,” Allegheny County Executive Rich Fitzgerald said at a Thursday afternoon press conference.

With the overwhelming number of votes still uncounted, Fitzgerald, a Democrat, said workers aren’t taking a relaxing break, blaming a federal court ruling and state law for the day without progress, the New York Post reports.

According to Fitzgerald, election staff aren’t to blame.

“There’s no day off for the workers in the election board,” he insisted.

“They’re preparing for tomorrow, organizing the tables, moving things around, bringing things from the warehouse over to the county office building where this process will begin to take place.”

Apparently, the majority of uncounted absentee ballots – roughly 29,000 – can’t be reviewed until Friday due to a federal court ruling.

The ballots in question stem from an incident in which a vendor sent ballots with incorrect information to thousands of people, according to The Hill. The ballots then had to be reissued and the court ordered the returned ballots be set aside until after the deadline to ensure there are no duplicates.

“At this point, there are approximately 35,000 mail ballots that are to be looked at. In that 35,000 ballots to be looked at, 29,000 ballots have been ordered by federal court to not be handled or processed until five o’clock on Friday,” Fitzgerald said.

“We also have another 6,800 ballots that have – I’ll call them other issues, they got damaged in the mail, they got damaged or cut during the opening, the cutting of the machine process. Maybe there wasn’t a secrecy on below, dated issues, etc, etc. Those are going to be looked at starting tomorrow at nine o’clock, again by state order. We have to swear in a return board tomorrow morning.”

Pennsylvania’s extremely delayed counting has kept Americans on the edge of their seats as the presidential race remains up in the air.

The Trump campaign announced Thursday that it won a court ruling allowing them access to monitor some ballot counting facilities. The campaign filed a lawsuit in the state Wednesday amid a lack of transparency as votes were being counted.

Poll watchers are now allowed to be within six feet of ballot counting at the Pennsylvania Convention Center, rather than the previous 20-foot allowance.

“As a result of this incredible legal victory, the lower court’s order has been reversed,” the Trump campaign said in a statement.