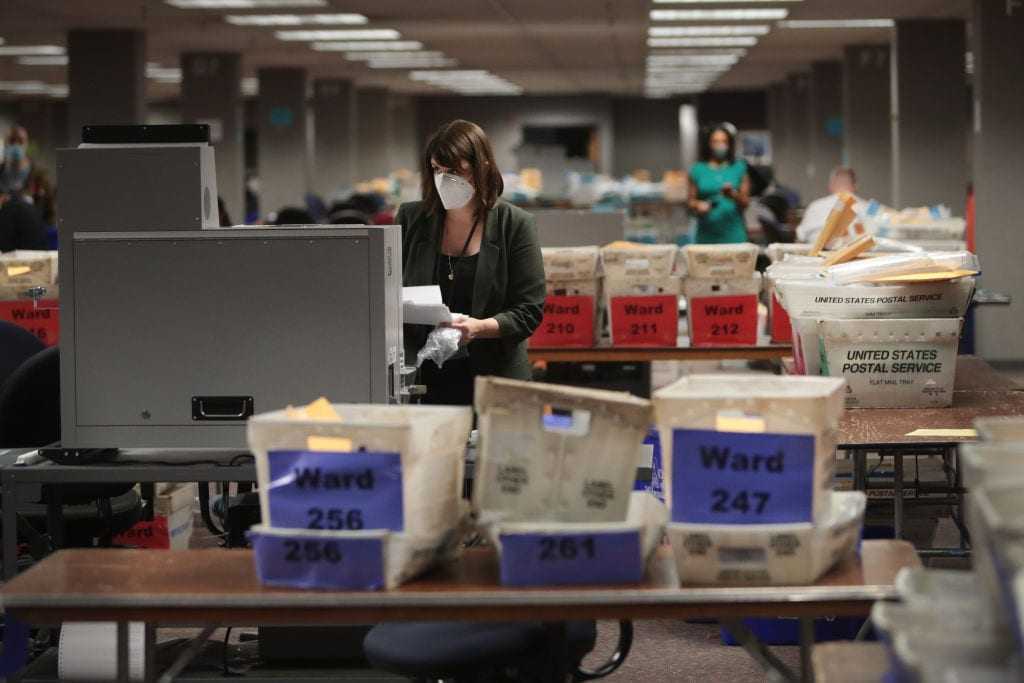 The Amistad Project filed an emergency lawsuit on Tuesday to block the state of Wisconsin’s election certification. The petition was “signed with the Wisconsin Supreme Court challenging the state’s unofficial results in the 2020 presidential election, which gave Democrat candidate Joe Biden a margin of just 20,000 votes over Republican candidate Donald Trump” reports Wisconsin’s local CBS news.

With only an estimated 20,000 votes separating Biden from Trump, the Amistad project announced “we have identified over 150,000 potentially fraudulent ballots in Wisconsin, more than enough to call into question the validity of the state’s reported election results” said Phill Kline, director of The Amistad Project of the Thomas More Society in a news release. “Moreover, these discrepancies were a direct result of Wisconsin election officials’ willful violation of state law” added Kline.

Amistad’s news release declared their investigation conducted over the last several weeks, “include more than 10,000 Republican ballots that weren’t counted, more than 10,000 Republican voters who had their ballots requested and filled in by another person, and around 100,000 illegal ballots that were counted anyway.” “You cannot verify or validate that the final count, and who is declared the winner at this time, was accurate” said Kilne.

The Amistad Project provided an Appendix breaking down the categories of contested votes. Illegal Votes Counted, described as “estimate of ballots requested in the name of a registered Republican by someone other than that person” indicated a margin of 14,426 votes. Legal votes noted counted, described as “estimate of Republican ballots that the requester returned but were not counted” was listed as 12,071.

Double votes counted shows a margin of 234, out of state residents who voted in Wisconsin was 6,966; illegal votes counted from electors who voted where they did not reside is noted at a whopping 26,673. The largest area of counted illegal votes is determined to be an outrageous 96,437, described as “electors who avoid Wisconsin voter ID laws by voting absentee as an ‘indefinitely confined’ elector and were not indefinitely confined” for a total number of vote discrepancies coming in at 156,807 votes.

In this article:Certification, Lawsuit, Recount, Wisconsin