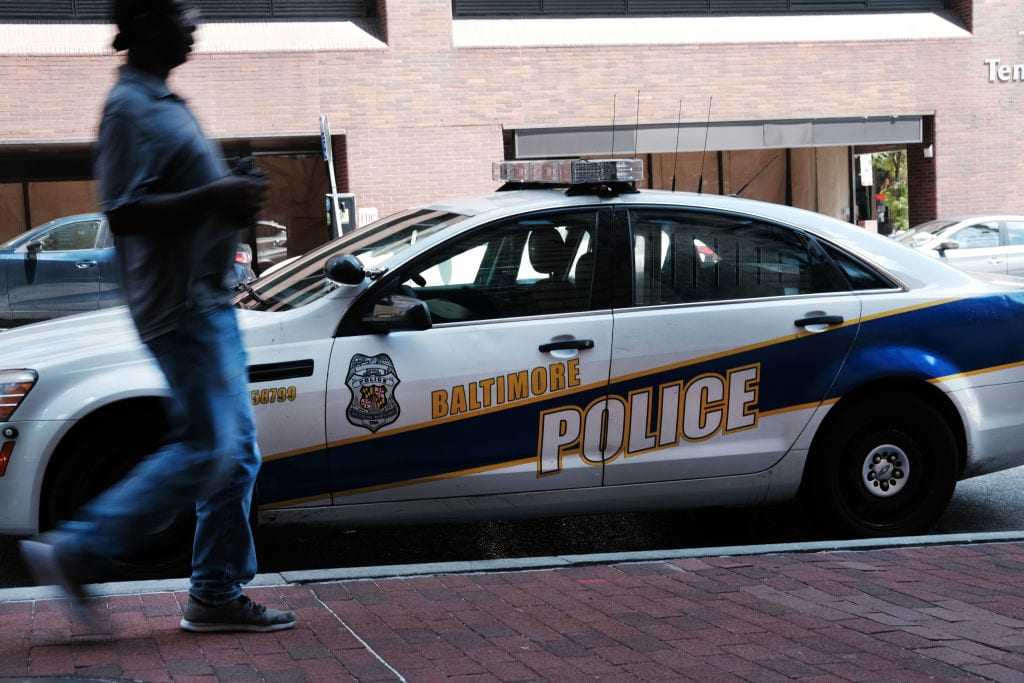 Tyree Moorehead, an ex-convict who spent over a decade in prison for a second-degree murder conviction when he was 15, proposed a ridiculous idea on how to curb Baltimore’s murder epidemic.

Moorehead believes those involved in shootings “want money,” so the best way to reduce homicide rates is to “pay killers to stop killing,” BizPacReview reports.

Despite this outrageous proposal, Moorehead seems adamant on stopping the murder streak in Baltimore, one of the most violent cities in America.

He even spent years using graffiti to cordon off hundreds of “No Shoot Zones,” encouraging locals to participate.

There are nearly 200 “No Shoot Zones” across the Baltimore area, most of them sprayed by Moorehead, WJZ News reported in 2019.

Any time a woman or multiple people are murdered, Moorehead establishes a “No Shoot Zone” in hopes of getting “the shooters to listen,” he said.

Watched this man casually stroll into the crime scene and start searching for something on the ground. Not sure if he was looking for shell casings or if he lost something. Like everyone else who has ever shown disrespect for the tape, he tried to explain his logic to police. pic.twitter.com/v7tV7bVE2Y

Since 2015, rapper Tyree Moorehead has painted nearly 200 "No Shoot Zones" throughout Baltimore.

Since July, we've been working on a story with him about what drives him and whether they work. It airs tonight at 5:30 on @wjz. pic.twitter.com/PzAgIP89yW

A “no shoot zone” marker was made along Patterson Park Ave. where three women were shot over the weekend in Baltimore. One of them was later pronounced dead: pic.twitter.com/fQmzOFtKPP

Though the gesture is sincere, it doesn’t do much to stop the problem at hand. As of mid-February, Baltimore had already experienced dozens of shootings and murders.

Moorehead is now suggesting that the city pay killers to not murder people.

“I can relate to the shooters. Guess what they want. They want money. I’ve talked to these people, I’ve seen the shooters. It’s a small city, I know who the hustlers are,” he said in an interview.

What an absurd idea.

Moorehead, a former gang member, estimates he shot about 20 people while he was a teenager between 13 and 15 years old, according to BizPacReview. He served 11 years in prison for attempted murder.

Upon his final release from prison in 2012, he began his “anti-violence work.”