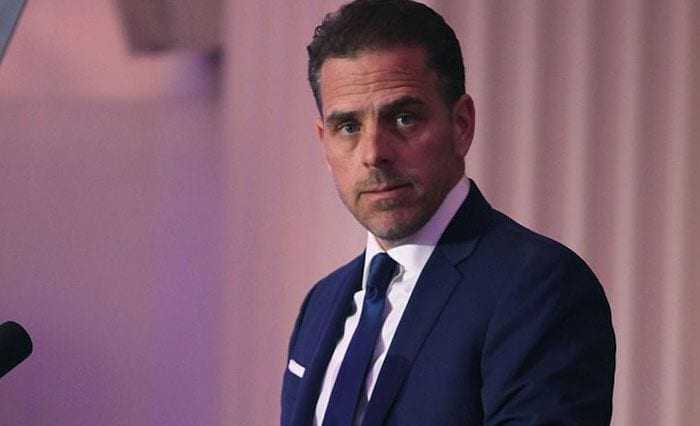 The joint-report – led by the Senate Homeland and Government Affairs and Senate Finance Committees – concluded that Hunter Biden’s efforts to cash in on foreign business deals during his father’s vice presidency were known; they “raised alarm among U.S. government officials, who perceived an ethical conflict of interest and flagged concerns about possible criminal activity,” according to John Solomon from Just the News.

However, Obama administration officials ignored the red flags. Why?

Perhaps the most alarming discovery made by the U.S. Treasury Department were several flagged payments collected and dispensed by Hunter Biden and his business partner Devon Archer, likely used in illicit activities.

“The Treasury records acquired by the Chairmen show potential criminal activity relating to transactions among and between Hunter Biden, his family, and his associates with Ukrainian, Russian, Kazakh and Chinese nationals.”

“There is extensive public reporting concerning Hunter Biden’s alleged involvement with prostitution services. Records on file with the Committees do not directly confirm or refute these individual reports. However, they do confirm that Hunter Biden sent thousands of dollars to individuals who have either: 1) been involved in transactions consistent with possible human trafficking; 2) an association with the adult entertainment industry; or 3) potential association with prostitution. The records note that it is a documented fact that Hunter Biden has sent funds to nonresident alien women in the United States who are citizens of Russia and Ukraine and who have subsequently wired funds they have received from Hunter Biden to individuals located in Russia and Ukraine. The records also note that some of these transactions are linked to what ‘appears to be an Eastern European prostitution or human trafficking ring.”

Keep in mind, while Hunter Biden was off participating in these ventures, his father – current Democratic presidential nominee – was vice president of the United States.

“The report raises serious questions that former Vice President Biden needs to answer,” he said. “There are simply too many potential conflict of interest, counterintelligence and extortion threats to ignore,” he said.

As the presidential election quickly approaches, these findings will surely paint a different picture of the Biden family than what we once knew. When President Trump called for an investigation into Hunter Biden’s dealings with Burisma a year ago, Democrats refuted, claiming that the presented concerns were simply Russian disinformation.

But, the truth always comes out.

Ironically enough, while Hunter was galavanting in his illegal foreign escapades with Burisma, his father led “U.S. anti-corruption efforts in Ukraine,” according to Just the News. State official George Kent wrote several memos regarding Hunter Biden’s role on Burisma’s board, and was “so concerned that he cancelled a partnership with Burisma, reported the bribe to the Justice Department and tried to raise concerns directly to Vice President Joe Biden, but was rebuffed.”

However, Kent wasn’t the only one to bring his concerns directly to Biden himself. To make matters even more complex, another senior State Department official, energy adviser Amos Hochstein, raised concerns with both Joe and Hunter Biden in 2015 regarding the risks at hand, but to no avail.

“The Obama administration knew that Hunter Biden’s position on Burisma’s board was problematic and did interfere in the efficient execution of policy with respect to Ukraine,” the report concluded. “Moreover, this investigation has illustrated the extent to which officials within the Obama administration ignored the glaring warning signs when the vice president’s son joined the board of a company owned by a corrupt Ukrainian oligarch.”

Hunter and Archer received more than $4 million from Burisma, but the generous sums didn’t stop there.

“In addition to over $4 million paid by Burisma for Hunter Biden’s and Archer’s board memberships, Hunter Biden, his family, and Archer received millions of dollars from foreign nationals with questionable backgrounds,” the report said.

Investigators flagged transactions in at least three other countries, according to Just the News:

With less than two months until the election, this information could not have come at a more critical time. Democrats will tirelessly refute the findings, but the evidence is crystal clear. And, the evidence came directly from the horse’s mouth, so to speak: Obama-Biden era files and witnesses.