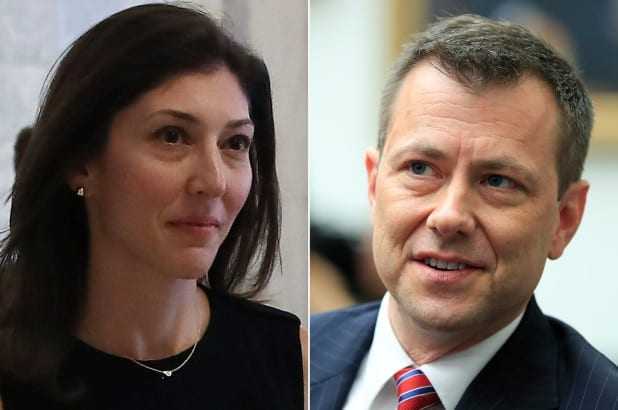 [otw_shortcode_dropcap label=”R” font=”Ultra” background_color_class=”otw-no-background” size=”large” border_color_class=”otw-no-border-color”][/otw_shortcode_dropcap]emember when text messages between FBI agent Peter Strzok and his girlfriend, FBI lawyer Lisa Page revealed their anti-Trump bias, leading Mueller to remove Strzok from the Russia probe? A newly released document expressly shows not only that Peter Strzok should have never been on the investigation, but that he himself is to blame for the very existence of the investigation that never should have occurred.

The Hill reports “on that basis alone, the document is an absurdity, violative of all FBI protocols and, therefore, invalid on its face.” The reason being, “an agent cannot approve his or her own case; that would make a mockery of the oversight designed to protect Americans.”

According to The Hill, this FBI document “started the Trump-Russia collusion fiasco” and acknowledges, “it hasn’t received a lot of attention but it should, because not too long from now this document likely will be blown up and placed on an easel as exhibit A in a federal courtroom.”

Additionally, Crossfire Hurricane was opened as a Foreign Agent Registration Act (FARA) investigation. FARA investigations are used for a criminal violation of the law, “in this case, a negligent or intentional failure to register with the U.S. government after being engaged by a foreign country to perform services on its behalf – that is punishable by fines and imprisonment. It is rarely investigated” according to The Hill.

Crossfire Hurricane does not meet the standards of a normal FARA case. Normally, “we should expect to see a list of reasons why the FBI believes individuals associated with a U.S. presidential campaign had been engaged by the Russian government to represent and advocate that government’s goals.” However, this “was no normal EC” reports The Hill. “Those reasons are not found anywhere in the document.”

What the document does show is a “feeble” case, and that’s being generous. With all the document’s redactions, all that is established is “an Australian diplomat, Andrew Downer, met a low-level Trump campaign adviser, George Papadopoulos, in a London bar for drinks; Downer then reported the conversation, which eventually made its way to U.S. officials in London” The Hill explains. In an email, Downer claims Papadopoulos “suggested” to him Trump’s team had received “some kind of suggestion’ of assistance from Russia regarding information damaging to Hillary Clinton and President Obama. In other words, a suggestion of a suggestion.”

In summation, The Hill writes, “Strzok apparently took this nebulous reporting by Downer and then leaped to the dubious conclusion that Papadopoulos and unnamed others were engaged by the Russians to act as foreign agents on Russia’s behalf.” And finally, what this document is, is the smoking gun which “clearly establishes that Crossfire Hurricane was an illicit, made-up investigation lacking a shred of justifying predication, sprung from the mind of someone who despised Donald Trump, and then blessed by inexperienced leadership at the highest levels who harbored their own now well-established biases.”