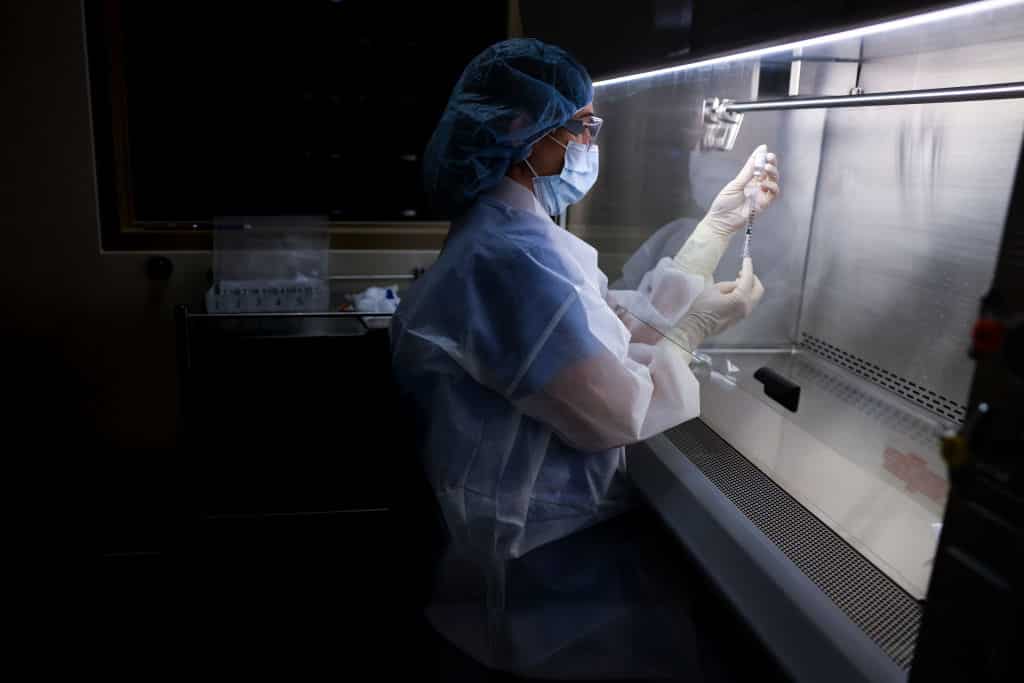 On Monday the Washington Post reported the U.S. Food and Drug Administration will be announcing a new warning for the Johnson & Johnson coronavirus vaccine. The warning involves the rare autoimmune disorder Guillain-Barré, according to sources familiar with the matter.

The Centers for Disease Control and Prevention said in a statement that roughly 100 preliminary cases of the rare disorder, in which the immune system attacks the nerves, occurred amongst nearly 12.8 million Johnson & Johnson vaccine recipients. The cases were seen mostly among men over the age of 50 and occurred about two weeks post-vaccination.

The Washington Post reports “available data do not show a pattern suggesting a similar increased risk with the Pfizer-BioNTech and Moderna vaccines, after more than 321 million doses of those vaccines have been administered in the United States.”

According to the CDC data, the disease usually occurs at a rate of about 60 to 120 cases each week. “While the cause of the syndrome is not fully understood, it often follows infection with a virus, including influenza, or bacteria. Each year in the United States, an estimated 3,000 to 6,000 people develop the illness” reports the Post.

Most people fully recover, but some have permanent nerve damage, according to the CDC. Individuals over 50 are at greater risk. “Officials are expected to emphasize that the Johnson & Johnson vaccine is safe and that its benefits clearly outweigh the potential risks, according to the people familiar with the situation” reports the Post.

The Post also noted the vaccine was paused briefly in April after it was linked to a rare side effect of severe blood clots. The pause was lifted in a matter of days following “an extensive safety review by the FDA and CDC, and a warning was added to the Johnson & Johnson label.”

In this article:Johnson and Johnson, Vaccine