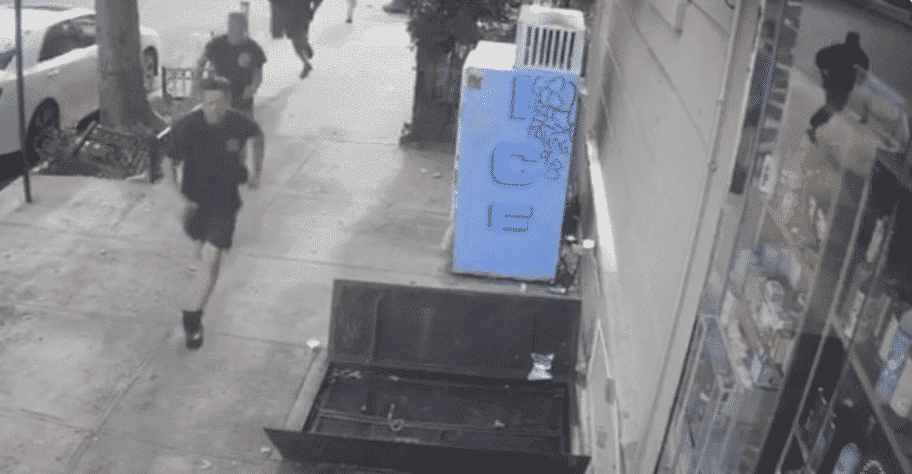 [otw_shortcode_dropcap label=”N” font=”Ultra” background_color_class=”otw-no-background” size=”large” border_color_class=”otw-no-border-color”][/otw_shortcode_dropcap]ew York City’s liberal policies favor criminals over law-abiding citizens, and it’s no wonder the crime rate continues to spike at alarming numbers. Four Brooklyn firefighters witnessed an assault, chased down the perpetrator and held him until police were on the scene to arrest him, only to have the criminal be released without bail.

Bizpacreview reports videos and accounts show four Brooklyn firefighters “running down a man on a bicycle after he allegedly punched an older woman near their fire station. After catching the suspect, the group of firefighters held him down until NYPD officers showed up and arrested him.”

Unfortunately, the story takes an unfortunate turn. The suspect is Daniel Biggs, a 53-year-old career criminal with 18 prior arrests, from robbery to assault, who “was initially booked for the Aug. 26 incident, in which he was seen slugging a 60-year-old woman and knocking her to the ground at the corner of Lewis Avenue and Haycock Street in Bedford-Stuyvesant.”

Police charged Biggs with assault, menacing, harassment, and attempted assault. “Biggs was arraigned the next day and ordered incarcerated on a $20,000 bond.” Pleased that justice was served? Not so fast; this is a New York City criminal, after all. Biggs “was subsequently released without bail after a second court appearance four days later, according to records” reported Bizpacreview.

With a justice system such as NYC’s, it’s no wonder Biggs was easily able to be a “career criminal.” Biggs’ most recent assault was just over a month ago on August 2nd when he allegedly slashed a 26-year-old man on the face. Once again, Biggs was released back into the wild.

Criminals plaguing the streets of New York can be linked to a specific cause. “In March, NYPD officials blamed a dramatic spike in crime throughout the city on so-called ‘bail reform’ implemented Jan. 1, in which prosecutors drop the requirements for suspects to post cash bond before they can be released ahead of trials, that is if charges are even filed” reports Bizpacreview.

In an NYPD press release, it was acknowledged that “criminal justice reforms serve as a significant reason New York City has seen this uptick in crime” which police officials say caused crime to spike 20 percent year-over-year in the first two months of 2020, just after its January 1 implementation.