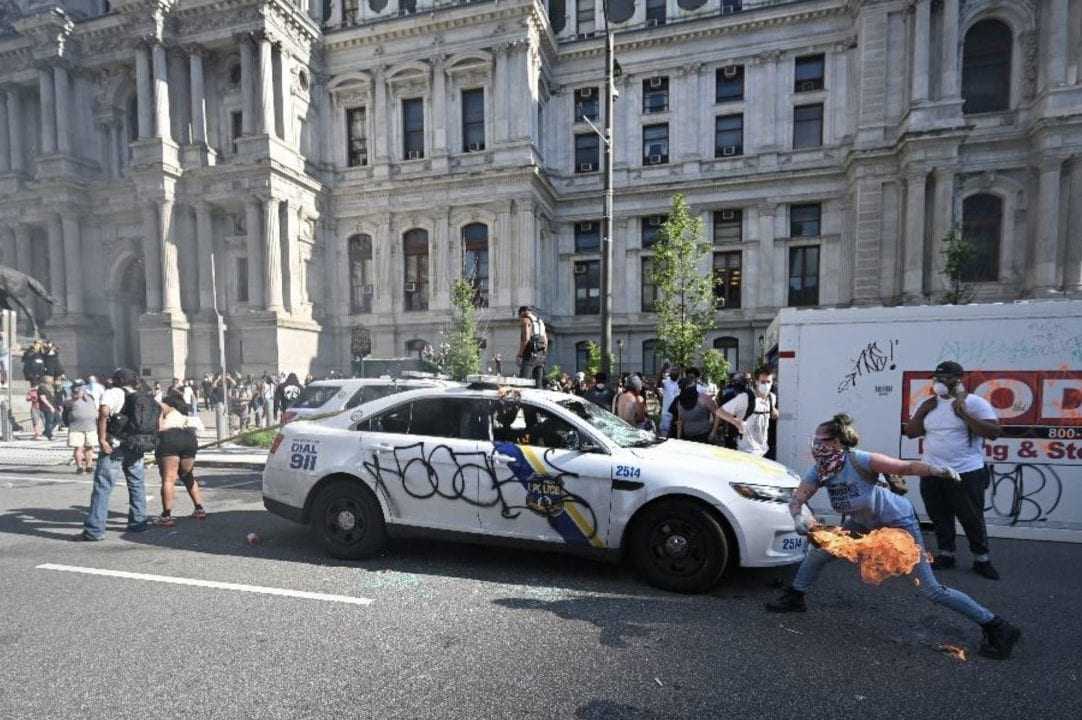 U.S. DISTRICT COURT FOR THE EASTERN DISTRICT OF PENNSYLVANIA

[otw_shortcode_dropcap label=”A” font=”Ultra” background_color_class=”otw-no-background” size=”large” border_color_class=”otw-no-border-color”][/otw_shortcode_dropcap] 33-year-old woman is in custody for setting fire to a police car in Philadelphia during the May 30th protests. How authorities found the suspect, Lore-Elisabeth Blumenthal, is beyond impressive and clever. FBI agents who examined footage taken by television news helicopters of Blumenthal torching a police force SUV and an already vandalized cop car noticed her t-shirt and tattoo.

The T-shirt was political in nature and had the phrase on it, “Keep the Immigrants Deport the Racists.” Investigators were able to find the Etsy page and account that sells custom-made shirts. Then Blumenthal’s digital footprint led authorities right to her.

There was a review on the Etsy page from a woman in Philadelphia named Lore-Elisabeth. They then looked her up on LinkedIn which showed she was a massage therapist. On the massage therapy website were videos of a woman giving a massage with the identical tattoo as the woman in the footage from the riot.

Both videos showed Blumenthal’s peace-sign tattoo on the forearm. Federal authorities then used the phone number from the massage therapy website to track down her address. Authorities arrested her Tuesday this week and prosecutors hope to keep her detained until trial.

According to the Philadelphia Inquirer, if convicted, Blumenthal “would face a mandatory minimum sentence of seven years in prison.”

According to the Philadelphia Inquirer, her lawyer plans to use the digital investigative tactics as part of her defense. “The question is whether they’ve undermined the privacy interests of everyone based on the search for one or two individuals” said Blumenthal’s attorney. “That’s the same paradigm that was used to profile Muslims after 9/22, the same paradigm used for profiling African Americans” he added.