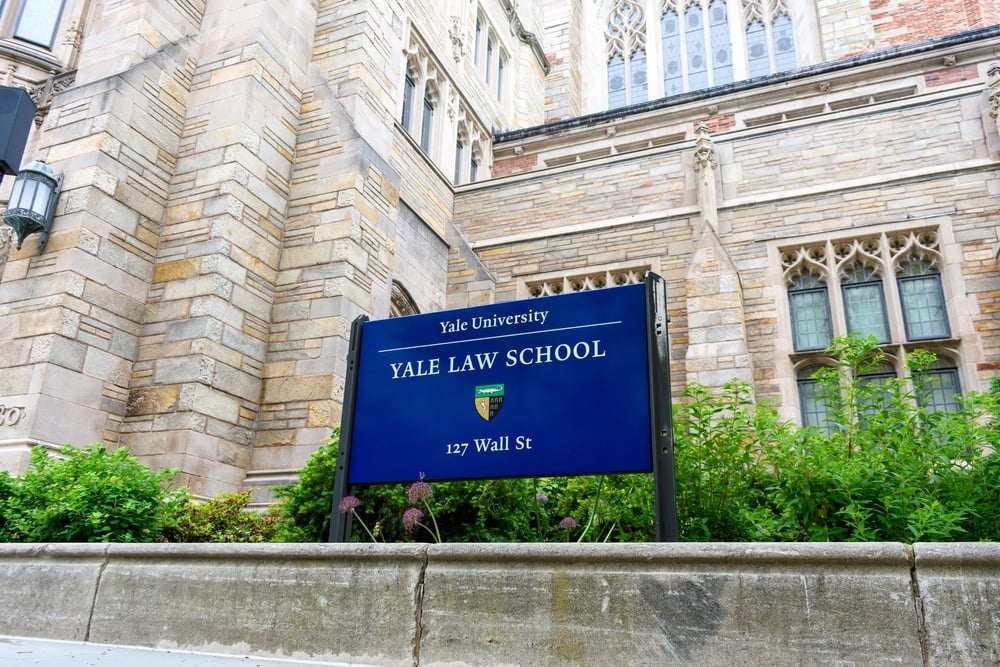 Judge Ho also urged all other U.S. judges to do the same. The Appeals Judge’s bold statements were delivered in a keynote address to the Kentucky Chapters Conference of the Federalist Society, titled “Agreeing to Disagree — Restoring America by Resisting Cancel Culture.”

For justification, Ho cited a number of high-profile speakers who were shouted down or otherwise censored at law schools across the country but singled out Yale Law as “one particular law school where cancellations and disruptions seem to occur with special frequency.”

“Yale not only tolerates the cancellation of views — it actively practices it,” Ho said, according to prepared remarks exclusively obtained by National Review. “Starting today, I will no longer hire law clerks from Yale Law School. And I hope that other judges will join me as well.”

Ho’s message to law schools was clear: “If they want the closed and intolerant environment that Yale embraces today, that’s their call. But I want nothing to do with it.”

Ho spoke for a half-hour to the Kentucky Federalist Society conference stating, “all too often, law schools appear to be run by the mob — whether out of sympathy or spinelessness.”

“Colleges aren’t teaching students how to agree to disagree,” he said. “They’re teaching students how to destroy. And then they’re launching them into the world.” He cited numerous examples, including Shapiro’s suspension at Georgetown, the shouting-down of law professor and author Josh Blackman at City University of New York School of Law in 2018, and the “similar dynamics during law school talks” faced by “Judges David Stras and Patrick Bumatay of the Eighth and Ninth Circuits.”
The bigger problem, Ho worried, was that “our whole country has now become a campus.” With academic trends trickling out into mainstream American society, he argued.

After discussing the various examples of attempts to silence dissident voices on law-school campuses across the country, Ho zeroed in on the specific instances of cancel culture at Yale Law. Judge Bill Pryor “was disrupted by loud angry law students in the classroom”; “Kristen Waggoner of the Alliance Defending Freedom and Monica Miller of the American Humanist Association” faced a disruption that “became so intense” the police officers present at the event “had to call for backup” and “escort the panelists out of the building and into a squad car,” while the associate dean, who “was present throughout the entire event, . . . did nothing”; and “Yale administrators threatened to destroy” the career of “a law student [who] sent an invitation for a party that referred to his apartment as a ‘trap house’” if the student “didn’t apologize,” telling “him his membership in the Federalist Society was ‘very triggering for students.’”
“It turns out that, when elite law schools like Yale teach their students that there are no consequences to their intolerance and illiberalism,” Ho said, “the message sticks with them.”

The first way to fight back against these trends, Ho argued, is “to speak out against cancel culture as citizens. We can stand up for free speech, for open and rigorous debate, and for tolerance of opposing viewpoints.” But that alone isn’t enough: “We’re not just citizens. We’re also customers. Customers can boycott entities that practice cancel culture. . . . I wonder how a law school would feel, if my fellow federal judges and I stopped being its customers. Instead of millions of customers, there are only 179 authorized federal circuit judgeships, and 677 authorized federal district judgeships.”
Refusing to hire law clerks from Yale would strike at the heart of the illiberal culture in the nation’s premier legal institutions, Ho argued: “Yale presents itself as the best, most elite institution of legal education. Yet it’s the worst when it comes to legal cancellation.” The school “sets the tone for other law schools, and for the legal profession at large. I certainly reserve the right to add other schools in the future. But my sincere hope is that I won’t have to. My sincere hope is that, if nothing else, my colleagues and I will at least send the message that other schools should not follow in Yale’s footsteps.”

In this article:featured, law schools, Yale