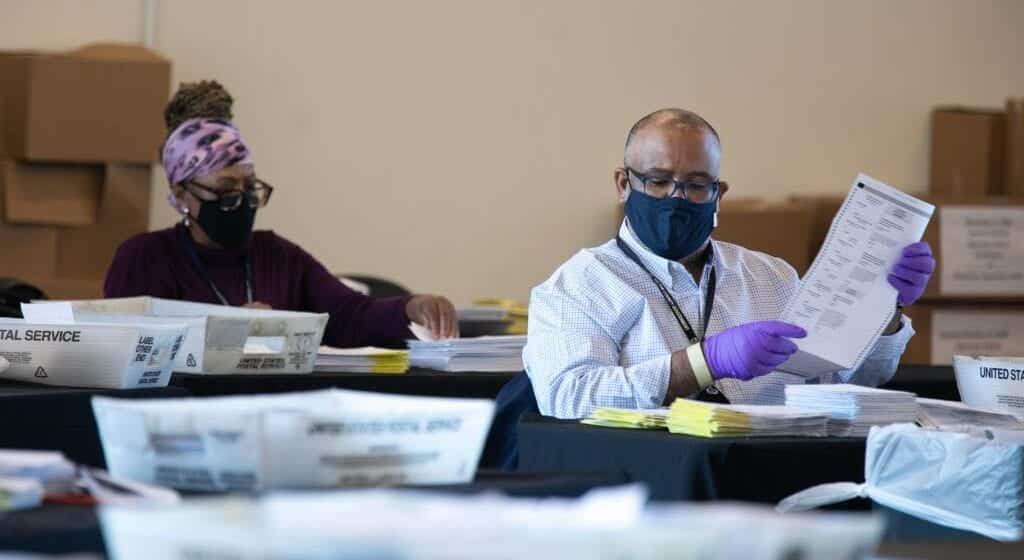 Batten informed Powell she could amend her complaint to add election officials in the counties in question to the least. In the meantime, Batten ruled defendants are “enjoined and restrained from altering, destroying, or erasing, or allowing the alteration, destruction, or erasure of, any software or data on any Dominion voting machine in Cobb, Gwinnett, and Cherokee counties.”

“The effect of the judge’s order” explains Just the News, “is that the voting machines will not be allowed to be touched for the sake of resetting or reprogramming by election officials until Powell has had time to amend her lawsuit.” One Republican poll worker signed an affidavit saying that on November 25th, an election official said the Dominion ballot-counting machines were scheduled to be reset the upcoming Monday. The poll worker alerted a supervisor over their concern for wiping the machines.

“I am seeing lots of notices from lawyers about possibly impounding the machines,” wrote the poll worker. “Lawyers are now saying that the machines should be confiscated immediately before this happens to protect forensic data. They are saying those machines need to be impounded ASAP. Yikes. Maybe I’m being over paranoid but let’s be sure this is what we’re supposed to be doing” added the worker.

In this article:Federal Judge, Georgia, news3