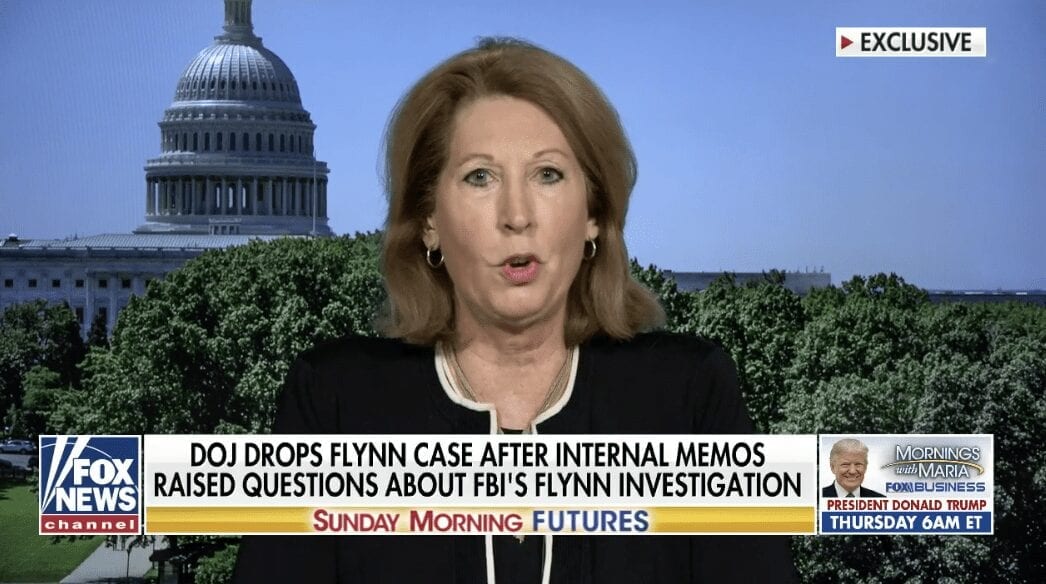 [otw_shortcode_dropcap label=”T” font=”Ultra” background_color_class=”otw-no-background” size=”large” border_color_class=”otw-no-border-color”][/otw_shortcode_dropcap]he Department of Justice announced Friday it was dropping the investigation into former National Security Adviser General Michael Flynn. On Fox News’ “Sunday Morning Futures,” Flynn’s attorney gave some shocking insight into why the case may have been dropped. Flynn’s lead attorney, Sidney Powell said of the FBI’s tactics, “these agents specifically schemed and planned with each other how to not tip him off, that he was even the person being investigated.”

Fox News reports that Flynn had initially pleaded guilty to providing a false statement to the FBI regarding his contact with a Russian ambassador, but later changed his story and pushed by back questioning the FBI’s tactics.” In her interview, Powell added, “so they kept him relaxed and unguarded deliberately as part of their effort to set him up and frame him.” Therefore, not only did they not alert Flynn they were investigating him, it created an opportunity to not warn him that “it would be a federal crime to lie during their conversation” according to Fox News.

Powell added Obama was very clearly aware of the situation. “The whole thing was orchestrated and set up within the FBI, [former Director of National Intelligence James] Clapper, [Former CIA Director John] Brennan, and in the Oval Office meeting that day with President Obama.”

After the meeting, “Obama asked Yates and then-FBI Director James Comey to ‘stay behind.’  Obama ‘specified that he did not want any additional information on the matter, but was seeking information on whether the White House should be treating Flynn any differently, given the information” reports Fox News of the transcript’s revelations. When asked, “if she believes that Flynn was the victim of a plot that went all the way up to Obama, Powell said, ‘Absolutely!”

In this article:Michael Flynn, Sydney Powell