The 26-page indictment reveals that the feds have been on to Andrew Gillum since the days of the Obama Administration. He was allegedly running a classic “shell game” funneling campaign funds into his adviser’s company that kicked back truck loads of cash to Gillum disguised as payroll payments. He then spent the money on himself. This went on for years.

The indictment lays out 21 different crimes, including campaign fraud, wire fraud, conspiracy, and lying to the FBI. Much of the incriminating evidence comes from undercover agents posing as, for example, a developer who offered financial favors in exchange for Gillum agreeing to approving favored projects. There were campaign contributions amounting to hundreds of thousands of dollars that ended up in Gollum’s pocket. It appears the feds have him on tape agreeing to numerous quid pro quo schemes.

Eventually, the FBI called Gillum in for an interview…during which he allegedly lied about all of it not realizing that some of the people with whom he’d been running the scam were undercover agents and that they had the goods on him. So, he’s also accused of making false statements to the FBI. The Justice Department has a load of damning evidence. Good luck trying to come up with a credible defense. 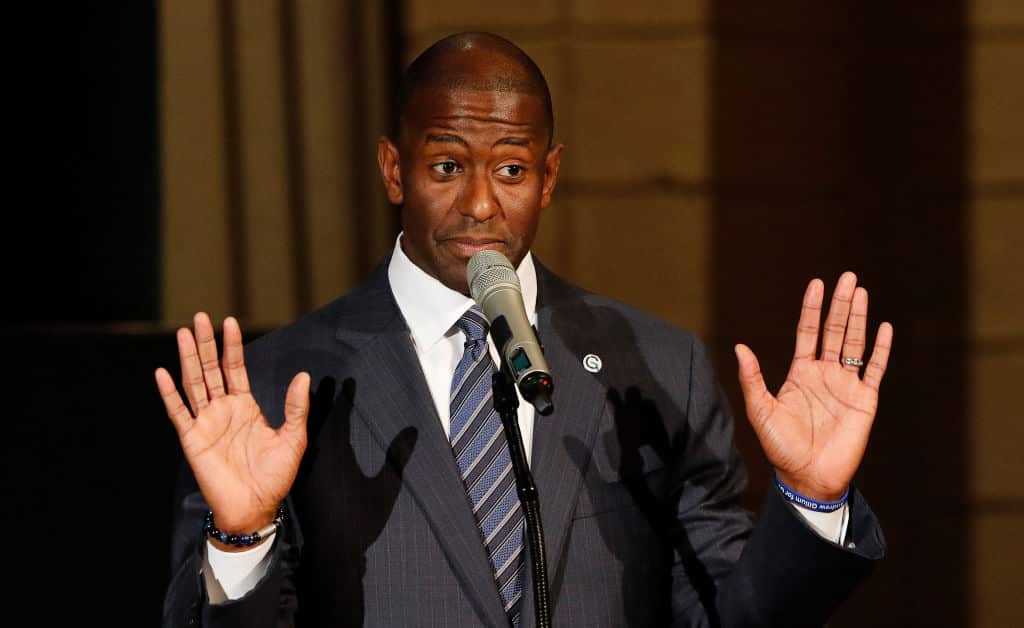 Amazingly, Gillum chose Marc Elias as one of his defense attorneys. Elias is the nefarious Hillary Clinton Campaign lawyer who was knee deep in peddling the Russia Hoax. He was also involved in efforts to impeach Trump the first time around and working behind the scenes to manipulate evidence. Elias has been identified prominently by Special Counsel John Durham as the person who directed the secret funding of the phony anti-Trump “dossier” that was nothing more than a compendium of lies invented by Hillary to frame Trump as a Russian asset. Of all the defense lawyers to pick, Elias would be last on my list. He may himself be in legal jeopardy. He has no criminal defense experience. Gillum should get a real lawyer.

So much for Joe Biden and Kamala Harris’ glowing endorsements of Gillum 4 years ago when he was running for governor of Florida. Biden described him as a “man of character.” He was a character alright –a character actor playing an honest politician. The feds say he was nothing more than a greedy crook —a con man who was fleecing donors and enriching himself.

Barack Obama also campaigned for Gillum. So did Bernie Sanders and Liz Warren.

In this article:featured, Gillum, Hillary Clinton