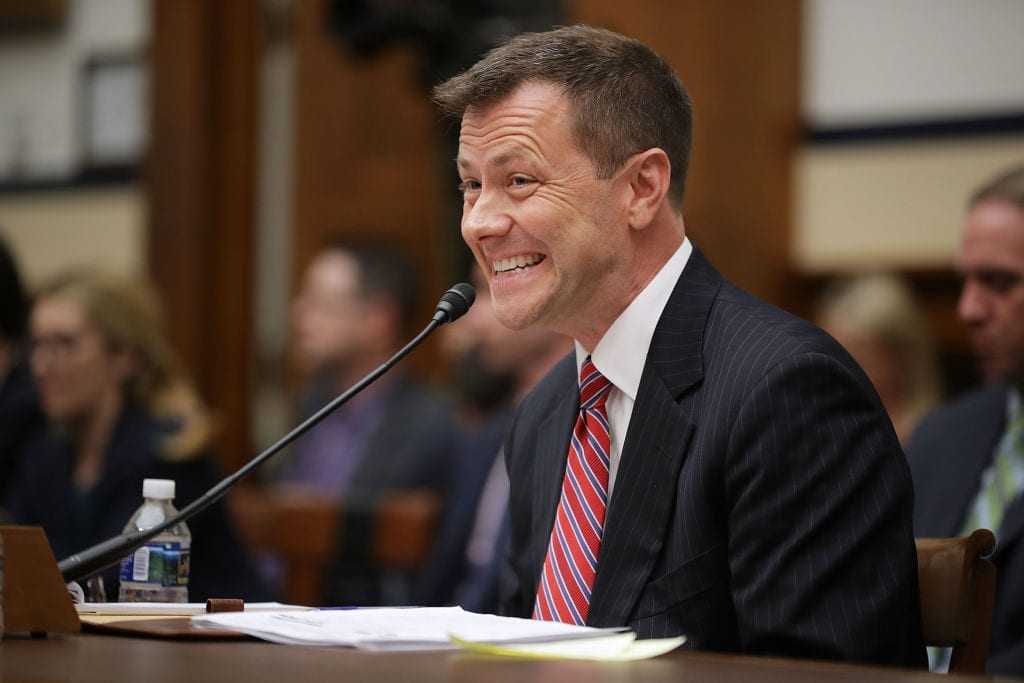 [otw_shortcode_dropcap label=”D” font=”Ultra” background_color_class=”otw-no-background” size=”large” border_color_class=”otw-no-border-color”][/otw_shortcode_dropcap]uring an interview on Fox News, Trey Gowdy, former Republican Representative for South Carolina’s 4th congressional district, let it be known that former FBI agent Peter Strzok could soon be front and center of U.S. Attorney John Durham’s investigation into the Russia probe. “Keep in mind. Peter Strzok, that I think is now a household name, has his fingerprints on every aspect of this” said Gowdy.

Gowdy went through Strzok’s involvement in the witch hunt to prove collusion between Russia and Trump’s 2016 campaign for the presidency: “From initiating it in the summer of 2016 to the Hillary Clinton investigation to [special counsel Robert] Mueller to interviewing Michael Flynn…So, Peter Strzok would be a name that I would listen for as Durham beings to wind up his work.”

Strzok authorized the “opening electronic communication” which began the FBI’s deep-dive investigation into the Trump campaign. In the DOJ Inspector General Michael Horowitz report, it was revealed that ant-Trump text messages had been exchanged between Strzok and an FBI lawyer, Lisa Page. The text messages showed the two had clear biases towards President Trump.

Over the past few months, more and more documents surrounding the FBI’s Russia probe have been declassified. Amongst them is evidence that when the FBI was going to close its investigation into General Michael Flynn because “no derogatory information” had been uncovered, Strzok thwarted them from closing the case.

Strzok’s abuse of power and bias guiding behavior has put him at the top of Durham’s list. “We give law enforcement and our intelligence community these awesome powers that no one else has: the power to indict and arrest and surveil and read emails. And all he [Barr] is asking in return is that you be a good steward and that there be a factual predicate when you investigate, whether it’s a potential president or your neighbor next door” said Gowdy.