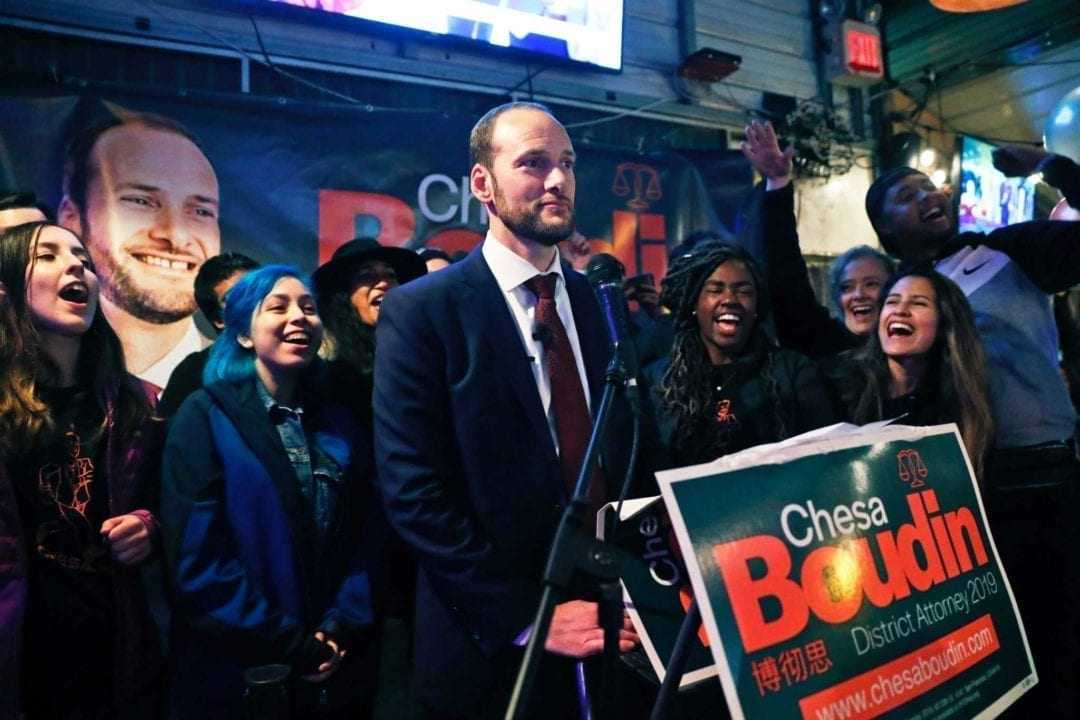 San Francisco voters elected Chesa Boudin as their new District Attorney. Before being elected as San Francisco’s chief law prosecutor, Mr. Boudin served as a law clerk for the 9th circuit courts and was a translator for the late Socialist President of Venezuela Hugo Chávez.

Mr. Boudin has an extremely unique upbringing that has made criminal justice reform a corner store of his campaign. When Chesa Boudin was 14 months old his parents assisted in robbing an armored car that caused the death of two police officers and one security guard. His parents took these actions while they were part of the Weather Underground Terrorist organization.

Mr. Boudin won his elections by running on a very liberal agenda which includes various prison reforms and pursuing accountability in police misconduct cases. He will assume office with a very tense relationship with the police, which is evident from their union spending over $500,000 against his campaign while publicly saying that Mr. Boudin is “the #1 choice of criminals and gang members.”

He has pledged to create a unit to help prevent illegal immigrants charged with crimes from being deported. Mr. Boudin stated that the unit would also be responsible for investigating and prosecuting “illegal tactics” by the U.S. Immigration and Customs Enforcement.